On the latest compilation from Sublime Frequencies. 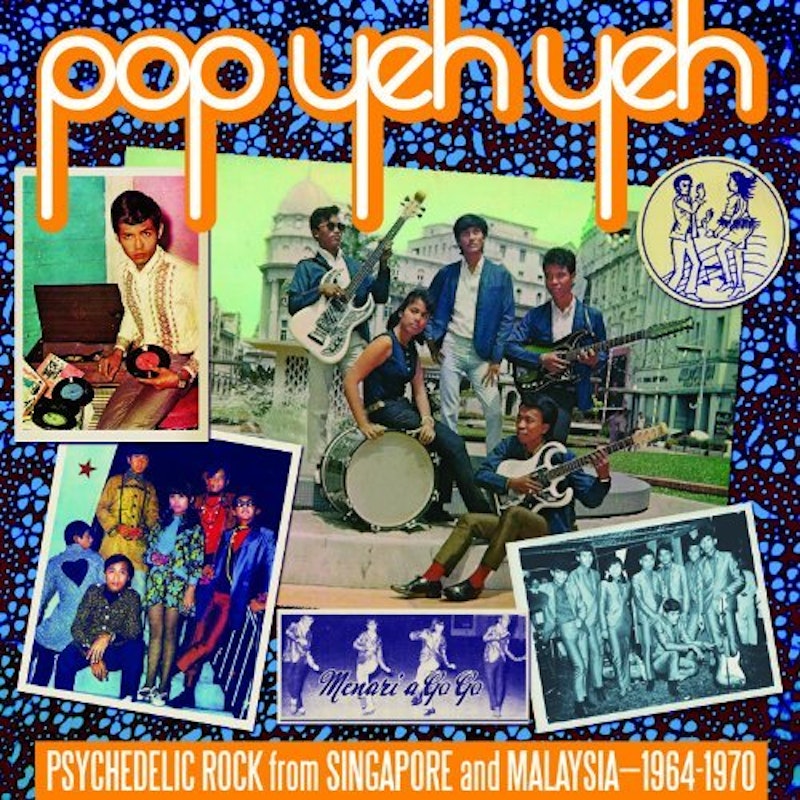 Pop Yeh Yeh is the latest archival compilation from Sublime Frequencies, a superb label that focuses exclusively on obscure recordings from Southeast Asia, North Africa, and the Middle East. Subtitled Psychedelic Rock from Singapore and Malaysia: 1964-1970, the 26-track disc gathers songs from unheard of groups like Adnan Othman and the Rhythm Boys, M Osman & Les Fentones, A. Halim & De’Fictions, M Rahmat & the Teruna, and J. Sham & the Wanderers. The tunes, though, aren’t exotic at all: these are classic, well-worn chord sequences, song structures, and melodies that you will surely recognize from the dozens upon dozens of Joe Meek produced proto-psych-pop bands like the Tornados, the Outlaws, the Honeycombs, the Moontrekkers, the Cryin’ Shames, and the Blue Men. The English translations of the lyrics to these songs are also remarkably familiar: mostly themes of young teenage swooning (“Dara”/”Young Lady”), maintaining good character (“Budi Bahasa”/”Manners”), bad breakups (“Aku Kecewa”/”I’m Disappointed”), and partying (“Temasya Ria”/”Joyful Party”).

These songs are even more musical without the chance of hare-brained couplets like “I’m sad/you’re mad/it’s bad/oh well” slipping in and further simplifying what are already very basic pop tunes. The fact is this kind of music doesn’t get old. Yes, many of these songs were probably recorded with a single mic in one take, and the Hofner guitars (the affordable alternative to Fender and Gibson) are especially jangly, brittle, and fragile sounding, but the joy of the music is infectious and never annoying or cloying. Just as the Tornados sound fresh today on “Telstar” or “Monte Carlo,” songs like “Jahuh Pandangan” by Halim “Janda-Ku” Yatim & the Sangam Boys, or “Rindu” by Siti Zaiton & the Twilites (see this track for very appropriate use of obnoxious saxophone lines), or the rocking “Budi Bahasa” by Adnan Othman & the Rhythm Boys—the sensibility and musical signatures of the light-hearted, fluffy psych-pop era are replenished and given new life thru these Eastern refractions. “Jangan Goda” could be another Meek or Spector group of boys, save for the gorgeous female vocals. “Syurga Idaman” similarly opens with a surfing, descending riff reminiscent of Dick Dale, or for children of the Nintendo, the Chocobo Theme from Final Fantasy. The hooks are all carbon copies, like “Bersiar Siar”’s “yah yahyah yah yahyah yahyahyahyah!” refrain, which is extremely Kinksian, but the vocals drift into Eastern modalities and scales.

This is a style of music that most agree is completely exhausted—robbed of its innocence by drug burnouts, Joe Meek’s homicide/suicide in 1967, the shallowness of most every band involved, and the rigid musical guidelines/lack of originality that gave us hundreds of variations on the same dozen chord progressions. MGMT got raked over the coals three years ago with their brilliant sophomore effort Congratulations, a whimsical and ambitious song cycle founded heavily in songs like these, unlike the confetti pop of their first record. It was too busy, too derivative, too old, too not our own. This compilation showcases how universally good the proto-psychedelic rock sound is: distant drums, trebly, space invader guitar lines, and green, radiation and vibrato infused organ lines, with lyrics about being 15 on top.