The best lyricist in rock straightens out and lightens up, so it’s a shame his new album isn’t a little better to celebrate. 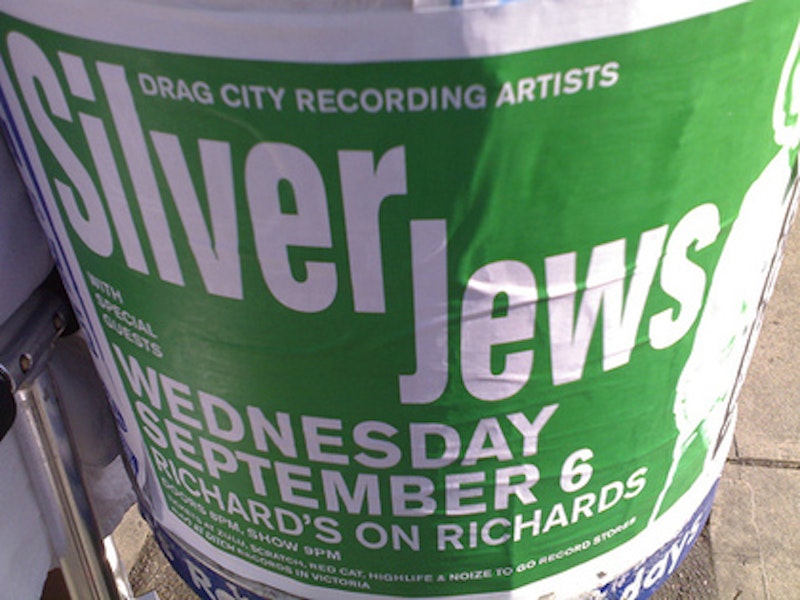 "You got Tennessee tendencies and chemical dependencies," Silver Jews frontman David Berman sings on "Suffering Jukebox," the third track from the latest Silver Jews album, Lookout Mountain, Lookout Sea. Five years ago this would have pretty well described Berman himself. In the four years between Bright Flight (2001) and Tanglewood Numbers (2005), Berman's alcoholism and drug abuse led him to attempt suicide—and even if Tanglewood Numbers isn't an autobiographical album, a song like "K-Hole" ("I've been living in a k-hole/ever since you went away") ends up as both funny and sad—though mostly sad.

Three years later, Berman has come out with an album that's surprisingly upbeat—full of quirky story-songs like "San Francisco B.C." Berman said as much in an interview late last year with Billboard: "It's really different in that the songs have more epic settings. They are faux-heroic. Or rather foe-heroic." Not that Berman didn't write songs like "San Francisco B.C." before Lookout Mountain—“I Remember Me” from Bright Flight, for example. And of course the Silver Jews have always been known for Berman’s smart mock-country lyrics, which aren't lacking on Lookout Mountain. But everything here is just a little more put together. There's less of the haphazard improvisation of earlier Silver Jews albums, which makes even a throwaway song like "Open Field" enjoyable. It helps, too, that Berman's wife, who provides backup vocals on most of the songs, including "Open Field," has a lovely voice.

Lookout Mountain opens with the Johnny Cash-influenced "What Is Not But Could Be If," one of the best songs on the album, along with "Suffering Jukebox," written for all the unappreciated jukeboxes around ("Such a sad machine/you’re filled up with what other people need"), and "We Could Be Looking for the Same Thing," a mid-tempo love song, which, except for "My Pillow is the Threshold," a throwback to Tanglewood Numbers, is the slowest Lookout Mountain gets. These four songs are the real standouts. The remainder of the album is taken up by 50s rockabilly: "San Francisco B.C." and "Party Barge"; and Costello-ish country-rock: "Strange Victory, Strange Defeat," "Open Field," and "Candy Jail." All of which are fun, but don't really hold up to past Silver Jews classics like "Tennessee," "Random Rules," or "Punks in the Beerlight." And as lyrics go they owe more to Berman's 1999 book of poetry, Actual Air, than to anything else. Still, Lookout Mountain is a good album, and more consistent than earlier Silver Jews albums, like The Natural Bridge.

And for now, anyway, (until Berman’s label Drag City finds out about it) you can listen to the whole album on YouTube thanks to user "hntingbears." Start with my favorite song "Suffering Jukebox."and work your way through. And though "the Joos" are, well, infrequent with their tours (their first tour came more than 10 years after their debut album, Starlite Walker), one hopes this summer/fall will find them touring again, since the stop I saw on their 2006 tour was one of the best shows I've ever seen. Blogger "Soi Disantra" has a full review and three videos here.