With apologies to Brian Eno. 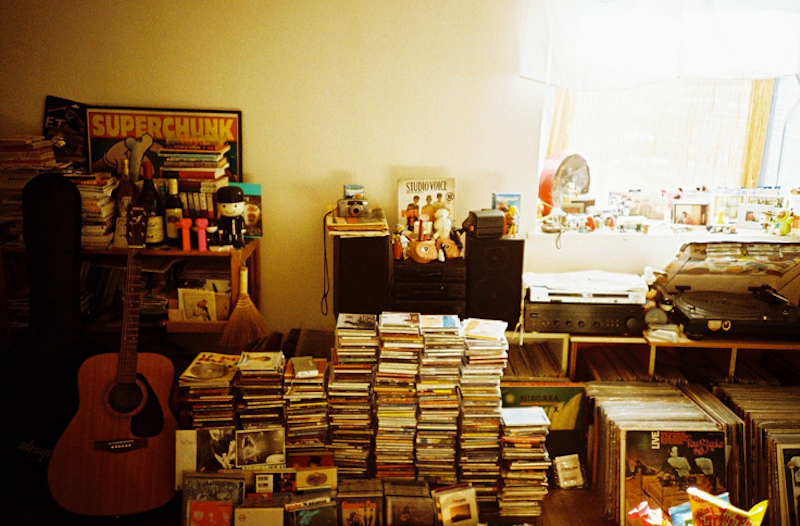 I.  What if your live rig was a sophisticated bomb, the audience comprised of innocent lambs, and the alleyway awash in jet fuel?

II. Attack the device or instrument upon which you are least virtuosic.

III. Tune your radio to AM static, and listen deeply. When you feel ready, perform an imitation of what you’ve heard. Record and then deconstruct the radio’s gut reaction to your mimicry.

IV. Record yourself arguing with strangers on the street over whether your tape recorder is operational.

V. Confront the sound as if it were inherently dishonest and immoral, as if you were a missionary and the sound a backwards heathen, as though you cannot understand one another but must in order to satisfy a theoretical imperative.

VII. Regard your tape recorder, but do not move to operate it just yet. Rather, consider the recorder for a few minutes, viewing the situation from the tape recorder’s perspective. It is likely that you have developed a relationship with the recorder—attachments, feelings—and that you’re in touch with those feelings. But ponder this relationship from the recorder’s perspective. Are you respecting the recorder? Are you considering its innermost needs, wants, dreams, and feelings? Is it possible that you could be a more thoughtful, responsive creative partner? Author an affectionate “roast” for the recorder, then record yourself reading it in reverse.

VIII. Intentionally draw the short straw to pick up a Starbucks order for the rest of the band. Write down the order. En route to Starbucks, record yourself theorizing, in candor, what each order may reveal about the band member who placed it.

IX. What if your Marshall stacks were actually fire hydrants?