Dark Phoenix is the most listless X-Men movie yet. D 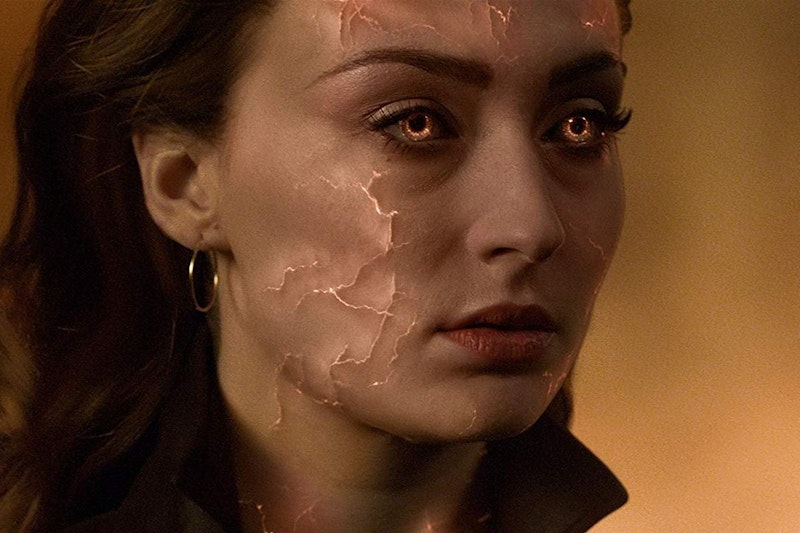 The X-Men franchise has its most listless outing yet with Dark Phoenix, which in just about every respect, from acting to action, is sub-par. Reportedly a troubled production, and the first movie from the X-Men series to arrive after Disney's purchase of 20th Century Fox, Dark Phoenix fails at just about every level of storytelling.

The film is a semi-remake of Brett Ratner's 2006 X-Men: The Last Stand, the third of the movies with the original X-Men cast and one that's generally remembered as among the weakest of the X-Men movies.

With 2014's much-superior, time travel-oriented X-Men: Days of Future Past—this franchise's answer to Avengers: Endgame—having reset the timeline, Dark Phoenix attempts a better, more faithful version of the same much-loved comic book storyline. And Simon Kinberg, who wrote The Last Stand, returns not only as the screenwriter, but also directs for the first time, becoming a rare director in this franchise who’s not an accused sex pest.

Dark Phoenix is centered around Jean Grey/Phoenix, played in the old X-Men movies by Famke Janssen and in the newer ones by Sophie Turner, from Game of Thrones. In the new film, set in the early-1990s, the X-Men are sent to space to rescue the space shuttle, and Phoenix becomes imbued with a powerful alien aura. This makes her both super-powerful and dangerous, leading a group of aliens (led by Jessica Chastain) to try to steal them, and take over earth in the process.

The new film makes a lot of bad choices. The presentation of the powers—with electricity crackling on Sophie Turner's face—looks silly. The action is poorly presented, including a street shootout in New York City that's presented incoherently, and a third-act train brawl that's like a more boring mini-remake of Snowpiercer. Days of Future Past was full of jaw-dropping sequences that I still remember five years later; I barely remember much of Dark Phoenix two days after watching it.

The acting is also poor across the board, even from the usually talented actors. I don't think Jessica Chastain, who plays the alien villain as monotone and expressionless, has ever been worse in a role. Jennifer Lawrence, who signed up for these films pre-stardom, has clearly been checked out of the franchise for quite some time. Michael Fassbender is fine, although for some reason Magneto, who's supposed to be a Holocaust survivor, is only about 40 years old in 1992. Even Evan Peters, one of the best parts of the earlier films, doesn't get much to do here.

But the biggest disappointment is Sophie Turner. I admired her work as Sansa Stark on Game of Thrones, and in the otherwise lackluster X-Men: Apocalypse, I thought she stood out as a future movie star.

This time, though? She's at the center of the movie, and gives a mediocre, listless performance. The English actress can't figure out her American accent, and isn't able to convey terror, fear, or any of the other emotions necessary to make this character work. And beyond that, the film takes the most interesting ideas in the X-Men series—the various metaphors about mutant powers, and the ideological struggle between Professor X and Magneto—and mostly leaves them on the table.

Dark Phoenix is the fourth film involving the "First Class" cast, which was featured in X-Men: First Class, Days of Future Past and 2016's X-Men: Apocalypse. It's not the worst; Apocalypse was ghastly, but not much of an improvement either.

These films have an even worse version of the Avengers problem where there are too many characters, the movies never have enough time to service all of them, and if you don't know the comic books or the previous movies backwards and forwards, good look remembering who's who and what their powers are.

When it was announced that Disney was buying Fox, bringing together two of the classical Hollywood studios and having implications large and small on the future of the entertainment industry and the jobs of thousands of people, three quarters of the media coverage concentrated on such questions of when we might see Iron Man and Wolverine in the same movie.

I don’t especially care about that, but think that it’s time to go back to the drawing board with the X-Men, especially if we’re going to get tired efforts like X-Men: Apocalypse and Dark Phoenix.