Late Night ultimately juggles a few more subplots than it has time to service, but it could've been much worse. B 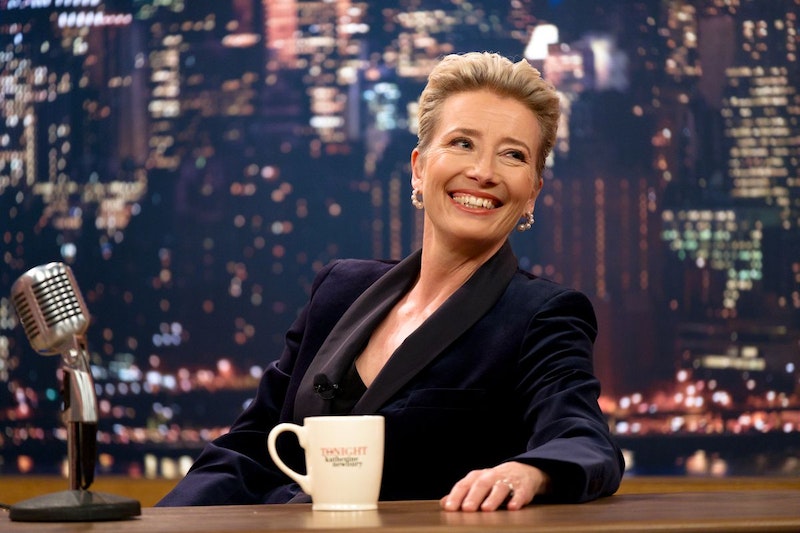 There are many ways Late Night, the new comedy about life behind the scenes at a network late night talk show, could’ve gone wrong. It could’ve put a political agenda ahead of character or storytelling. It could’ve come across as an inferior knockoff of The Larry Sanders Show or 30 Rock. It could’ve been about a comedy show without being funny, a la Studio 60 on the Sunset Strip. It could’ve transformed the talk show from Jay Leno's Tonight Show into Jimmy Fallon’s and treated that as a final triumph.

Instead, it's a witty comedy that's of the moment, while making some points that are somewhat surprising. It's not laugh-out-loud, and doesn't entirely hold together in the end, as it ultimately has a few too many ideas competing for space. But overall, Late Night is a winning effort from writer/star Mindy Kaling and director Nisha Ganatra.

Kaling, who based the script in part on her time as a young writer on The Office, stars as Molly, a woman hired, essentially, off the street as a junior writer on Tonight, a long-running network late night talk show hosted by Katherine Newbury (Emma Thompson.) Newbury was once an innovative voice in comedy, but her show has fallen into complacency, stuck in the same old formula with an aging audience, no Internet savvy, and a humor sensibility driven by an all-white, all-male, and all-Harvard writers' room.

The film’s version of good comedy bits are fine, but the script does a better job writing bad comedy bits, which is arguably harder. While the Thompson character doesn't seem to be based on any real person in particular—since no woman has ever been a long-running late night talk show host—we get incidents seemingly inspired by the David Letterman extortion scandal, as well as the Leno/Conan succession battle and various high-profile #MeToo stories. If you enjoyed Bill Carter's books about the various battles over who gets to host The Tonight Show, you'll love this.

Late Night ultimately juggles a few more subplots than it has time to service. For some reason it treats it as ridiculous that Thompson regularly has popular authors on her show, as if Stephen Colbert doesn't do that to ratings success.

The story would probably make more sense if the Molly character was a Millennial, and not the 39-year-old Kaling, but I don't begrudge Kaling for wanting to star in her own movie. However, the scene in which Molly interviews for a job on Seth Meyers' show makes us wonder why she doesn't just go to work there, since her comedic style is a much better match for that show than Thompson's.