Guy Ritchie surprises with Wrath of Man, his most ambitious film and the strongest since his earliest features. A- 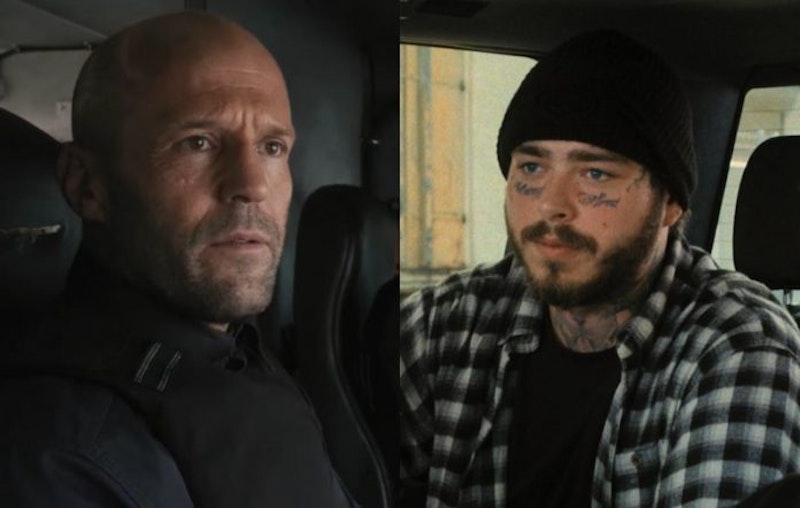 I wasn’t expecting Guy Ritchie, more than 20 years into his career, to make what is his most ambitious film, and the best since his earliest features. With Wrath of Man, Ritchie has reunited with old friend Jason Statham to make his own answer to Michael Mann’s Heat—with a touch of Reservoir Dogs thrown in.

Wrath of Man, a remake of an obscure 2004 French picture called Cash Truck, is a sprawling L.A. crime story, with multiple heist sequences and a plot that unfolds in nonlinear fashion. But it all makes sense and delivers what you undoubtedly came to the theater to see: Statham getting revenge and kicking ass.

Ritchie’s previous film, released on the eve of the pandemic, was The Gentlemen, another crime film which also combined a cast of big names with convoluted plotting that moved backwards and forward in time. It was a much better film than his misbegotten Aladdin remake, and Wrath of Man is better than that.

Like Pulp Fiction and several of its imitators in the latter half of the 1990s, Wrath of Man unfolds in a series of chapters, full of flashbacks and flashforwards. At first, it appears to be a film about Statham getting a new job as a security guy at an armored truck company, getting hazed by his new co-workers (played by the likes of Holt McCallany and Josh Hartnett), and eventually proving his mettle. The company, meanwhile, is still in shock from an earlier robbery that killed two of their men.

The sequence with the security company is so enjoyable that I wished could’ve watched a whole movie that was just Statham in a macho workplace drama, where his co-workers have Ritchie Movie names as “Boy Sweat Dave,” “Hollow Bob,” and “Stinking John.” But Wrath of Man has a lot more on its mind.

We eventually learn why Statham wants revenge, and we’re introduced to a shadowy outfit, led by Andy Garcia, that has a mysterious interest in the proceedings. There’s a visit to a gross sex-trafficking den, which seems to have nothing to do with the main plot; one gets the sense that Ritchie is giving us glimpses of a wider world that’s not entirely revealed by the film itself.

This is a movie that doesn’t even introduce the main heist crew until halfway through the two-hour running time. But it does establish a great background for their motivation. It would constitute a spoiler to reveal what actor ends up emerging as the main villain, but he’s delightfully oily.

The movie is exciting. The heist sequences are pure Ritchie, complete with lots of blood, and the film uses Los Angeles well, even if most of the interiors were shot in London.

The influence of 1990s cinema is everywhere in Wrath of Man, from the Heat-like L.A. milieu to the surface similarities to Ritchie’s ’99 debut Lock, Stock and Two Smoking Barrels, to the nonlinear storytelling, to the presence of 90s mainstay Hartnett in the cast. The film’s distributed by the current incarnation of Miramax, which you’d think would be kind of a radioactive brand at this point, since it was named after Harvey Weinstein’s parents.

The cast is expansive, and full of character actors, making room for everyone from Eddie Marsan to Rob Delaney to Jeffrey Donovan to Scott Eastwood. The rapper Post Malone appears in one scene as a robber, making it clear that having his type of distinctive facial tattoos would make one unlikely to succeed as a masked criminal, much less as an actor. Wrath of Man might not end up with a reputation like Heat, but it’s likely to have a fate more like that of Den of Thieves, the 2018 L.A.-based cops-and-bank-robbers film that emerged as a cable and later a Netflix staple.