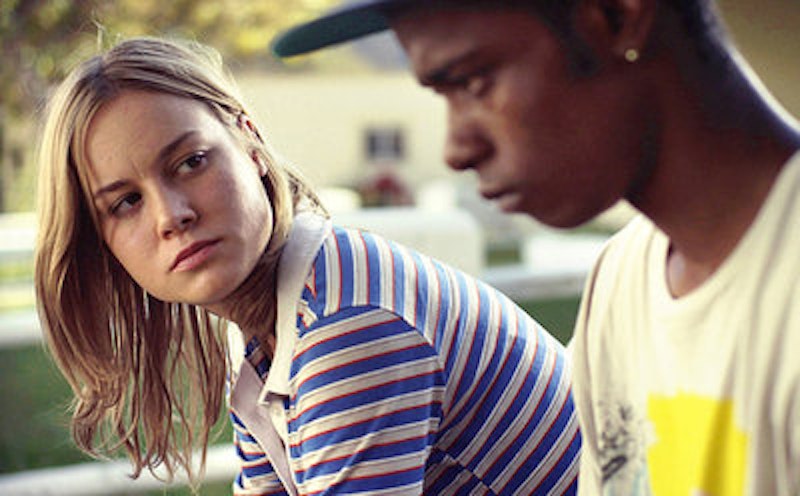 The opening scene of Destin Daniel Cretton’s Short Term 12 is misleading: Mason (John Gallagher Jr.), a counselor at a home for at-risk teens is on a smoke break with his co-workers, tells a particularly scatological story about following a patient on the bus once he had escaped the facility (past the gate, the counselors can’t touch ‘em). Ostensibly explaining what the job is like to the new guy Nate (Rami Malek), Mason first revels in his gloriously disgusting story, how he shit his pants completely in front of this kid he was trying to talk back into treatment, and how it made the kid double over in laughter. Nate asks what happened to the kid: naturally, he was found dead two days later, and not a moment after that revelation, a rail-thin red-headed boy darts out of the single story facility, naked except for an American flag cape, crying and screaming, and in slow-motion, the team is off, doing everything they can to prevent his escape.

Short Term 12 is such a bland, boring, plain title for what turns into something beyond a cliché and is emotionally riveting, a movie that plays with your jaded perception of inspirational porn Oprah-style patronizing that renders serious stuff like child abuse, drug addiction, self-harming, and the emotional chaos of being an orphan or foster kid shuffled through the system like cattle. Short Term 12 blooms slowly, with new and surprising information brought out of all the characters until its 96 minutes are up. The first scene is misleading because you expect this to be some kind of Friends or How I Met Your Mother schlock but at a foster home, which would cross it over from being innocuously bad into an offensive waste of 1’s and 0‘s. We slowly learn that the counselors themselves were all foster kids, orphans, and/or abused by their parents, and the connections they make with certain kids only become obvious through their behavior and their asides, instead of some corny grand scene.

That condescending Oprah-endorsed attitude is subtly mocked in the movie itself: infantilizing jargon like color-coded behavioral “level drops” are brought out innocently enough and quickly dismissed by counselors and kids alike, just as the overly earnest and naive new guy Nate is introduced in the opening scene, potentially the lead character, but ends up being the butt of a half-dozen jokes. Malek’s character Nate serves as a stand-in for every self-obsessed over-achiever who “can’t wait to work with under-privileged kids,” but cares more about the additional line on his resumé than anything else. Nate’s glib comment gets him eviscerated by Marcus (Keith Stanfield), who asks him what exactly he means by “under-privileged.” Soon after, Marcus is the focus of one of the most dynamic scenes I’ve seen all year: an extreme close-up of his face, long and slack, as he delivers a powerful rap about his mother beating him as a kid, how he won’t ever know “what a normal life is like.” It’s two or three minutes or uninterrupted catharsis, so pure you lose yourself in it. Next to him on his bed is Mason, providing a simple beat, and sticking by Marcus’ side as he gets these impossible weights off his chest and off his head.

Brie Larson’s character Grace connects especially with Jayden (Kaitlyn Dever), and the way she telegraphs to Grace that her father hits her regularly is beyond disturbing; with the same intensity of Marcus’ reveal but without the catharsis, we’re left in a cloud, a confused haze, and the effect is stunning. Only later do we get the satisfaction of revenge or something like it: Jayden smashes her dad’s car windows with a baseball bat, and Grace, also a victim of sexual abuse from her father, climbs on the hood of the car, and from a menacing low angle, we watch as she brutalizes the windshield with a baseball bat, taking eight or nine hard swings to break it completely.

Contained between each smash are years of physical and psychological damage done, innocence lost and unattainable. None of this symbolism is Easy Baked or force-fed to us Dummy style, it’s genuinely upsetting, moving, startling: after Grace is done, it cuts to the obliterated windshield, and holds on it for what feels like a full minute in total silence. It’s one of the most powerful uses of imagery and subtext I’ve seen in a very long time. Cretton plays emotional pinball on his audience, and good for him, because in 96 minutes he not only manages to tell a story that honors all vulnerable parties involved and with considerable depth, but he also chides those who think they can ever understand what it’s like to be abused or “under-privileged”—“whatever the fuck that means” in Marcus’ words—just by volunteering and getting maximum karma points. This is not a film that’s designed to make happier people feel even more content: it’s uncomfortable and revealing. It’s still a film on a small scale, and not a masterpiece, but with Short Term 12, Destin Daniel Cretton proves himself to be one of our most promising young writer-directors.