Boris Karloff: The Man Behind The Monster

At the age of 44, Frankenstein made him a star. 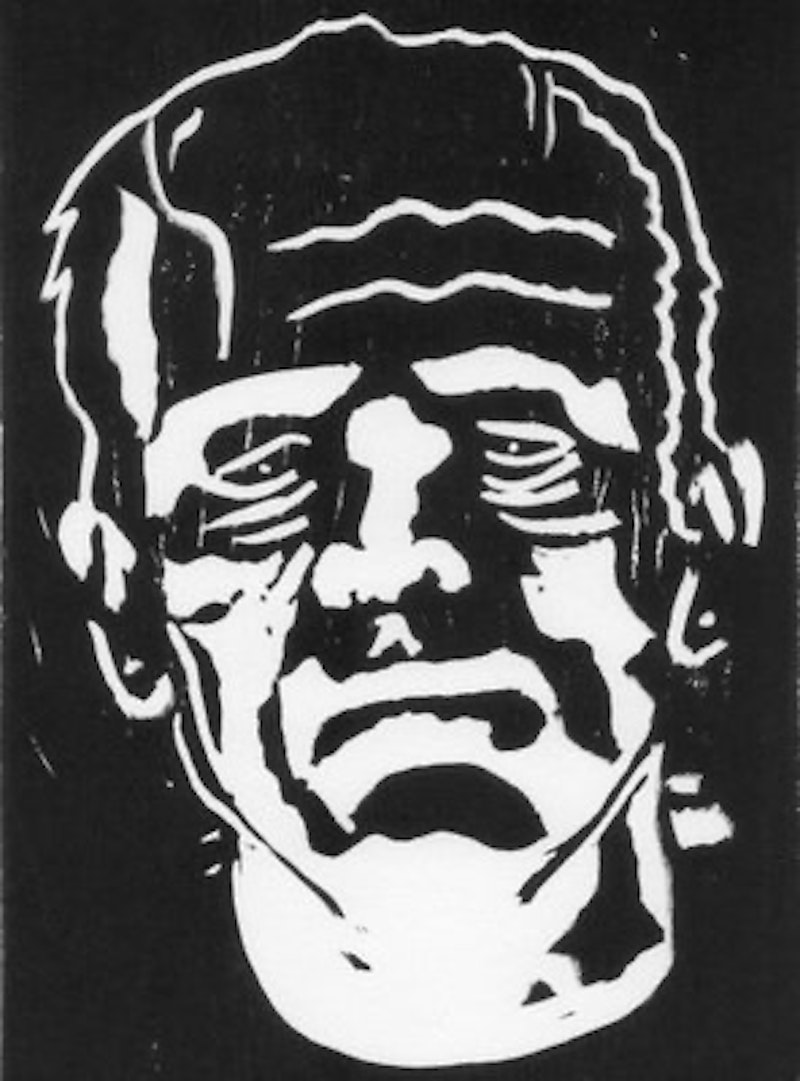 Boris Karloff was born William Henry Platt in England in 1887. The youngest of nine children, he was bow-legged, had a lisp and stuttered. All of his brothers were members of the British Foreign Service and his great aunt, Anna Leonowens, was the inspiration for the musical The King And I. He moved to Hollywood in 1919 and took small roles in silent films, often playing exotic Indians or Arab villains due to his dark skin tone (his background was Anglo-Indian). He supplemented his meager film income by working as a truck driver.

In 1931 at the age of 44, Karloff took on the role that made him a star: Frankenstein. The part had been offered to Bela Lugosi, but Lugosi passed. The Frankenstein costume had a heavy back brace and four-inch platform boots weighing 13 pounds each. The bulky costume caused Karloff back pain for the rest of his life but it also brought him immediate fame. “My dear old monster,” Karloff would write. “I owe everything to him. He’s my best friend.”

During production, director James Whale was afraid that seven-year old Marilyn Harris, who played the little girl, would be terrified of Karloff in costume. When she first saw “the monster” at the crew hotel, Marilyn ran from her car to Karloff, took his hand and asked, “May I drive with you to the set?” Karloff responded, “Would you, darling.”

Karloff reprised the monster role in Bride of Frankenstein and Son of Frankenstein. During production on the latter film, Karloff’s only daughter Sara was born. He rushed to the hospital in full costume and makeup to witness her birth.

Karloff and Lugosi were Universal's top horror stars in the 1930s. Though not close friends, their legendary "feud" was merely a publicity stunt. Off the screen, Karloff was a kind gentleman who gave generously to children's charities. He was one of the original 12 founders of the Screen Actor's Guild and spoke out about hazardous working conditions for actors. Suspicious of film studio anti-union tactics, Karloff always carried a role of dimes so he could conduct union business on pay phones. (He was convinced his home phone was tapped.)

Karloff played key roles in The Mummy, The Mask of Fu Manchu and Scarface, where his character was gunned down in a bowling alley. In 1941, he starred as a homicidal gangster in the stage version of Arsenic and Old Lace. Karloff turned to radio and television in the 40s and 50s. He did a parody of Frankenstein with Vincent Price on the Red Skelton Show. His final appearance as Frankenstein came in a 1962 episode of Route 66.

Though he worked in the United States for more than half his life, Karloff never became a naturalized American citizen. He also never legally changed his name to "Boris Karloff.” He gained new fame in 1966 as the narrator in How the Grinch Stole Christmas. He was also the inspiration for the first illustration of The Incredible Hulk and his voice was the basis for Kellogg’s Tony The Tiger commercials.

Karloff lived out his final years in England battling arthritis and emphysema. Despite three back surgeries, he always remained grateful for Frankenstein. “You could have heaved a brick out the window and hit 10 actors who could play my parts. I just happened to be on the right corner at the right time.”

Karloff died of pneumonia in 1969, and was cremated in Surrey, England. Four low-budget Mexican horror films which he made late in life appeared after his death. Take that Tupac.