A Beautiful Day in the Neighborhood is charming, but it's not the best possible movie that could’ve been made about its subject. B 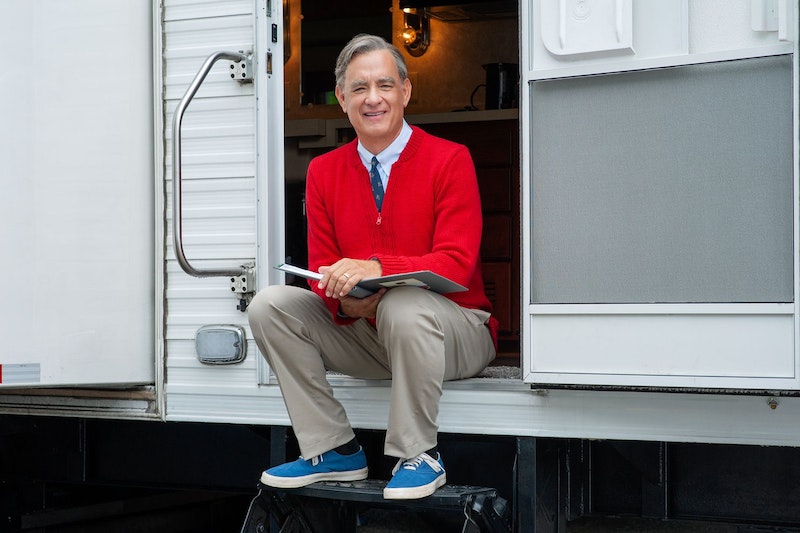 A Beautiful Day in the Neighborhood, the long-awaited film that stars Tom Hanks as children's TV legend Fred Rogers, is a lovely film that celebrates the values and ethos of Mr. Rogers. That said, I'm not certain that it's the best possible movie that could’ve been made about its subject.

Directed by Marielle Heller, who made one of 2018's best films, Can You Ever Forgive Me?, A Beautiful Day in the Neighborhood is not a comprehensive biopic of Mr. Rogers, but rather focused on one small story from late in the man's life: when, in the late-1990s Tom Junod was assigned to profile Rogers for the "Heroes" issue of Esquire.

The reporter (Matthew Rhys), whose name in the film has been changed to "Lloyd Vogel," is known for aggressive stories that leave his subjects pissed off, and he's expecting to poke some holes in the Mr. Rogers mythos. But Junod/Vogel’s encounter with Rogers ends up helping him to overcome his cynicism, become a better father, and reconcile with his boozing, ne'er-do-well dad (Chris Cooper.)

It's essentially the same setup as Mitch Albom's book and subsequent TV movie Tuesdays With Morrie: A cynical and depressed younger man comes into contact with an older man who's an almost impossibly pure paragon of virtue, and that extended encounter helps the younger man deal with his problems. And because the younger man is a famous journalist, the story ends up disseminated far and wide, especially after the older man's subsequent death.

The film is set in 1998, and anyone familiar with magazine journalism will get a chuckle at how much things have changed: The Junod character is assigned a 400-word profile of Rogers, which entails several weeks of reporting, about six different interviews, and multiple flights to Pittsburgh.

At the time of the Rogers profile, as Junod wrote recently in an illuminating Atlantic piece, his career was still on the mend after he was widely vilified for all-but-outing Kevin Spacey in the "Kevin Spacey Has a Secret" article. I'd like to see a movie about that.

A Beautiful Day in the Neighborhood is charming, and both leads are outstanding. It can be dicey for one icon to play another, but Hanks believably disappears into the role of Rogers. Rhys (from The Americans) gives his best movie performance to date, following small but memorable parts in The Post (where he played Daniel Ellsberg) and The Report.

There's the right amount of nostalgia for Mr. Rogers iconography—the songs, the piano music, the puppets—and the film uses the Mr. Rogers Neighborhood style of miniatures in lieu of establishing shots of Manhattan and Pittsburgh, a touch that shouldn't work but does.

The film is true to the Rogers legacy and its values, and we even get some good material of Rogers describing how he dealt with the pressure of being Mr. Rogers—it took work to be that kind.

Morgan Neville's documentary from last year, Won't You Be My Neighbor, was a much more expansive and complete examination of Rogers' life and career. It had great stories of the early days, plus tales from Rogers' coworkers and even his sons, one of whom talks about the pressure he faced, having a father who was "Christ on Earth."