Portals to Hell in AHS

The show uses the supernatural elements of his Satan worship to make Ramirez into an unstoppable killing machine. 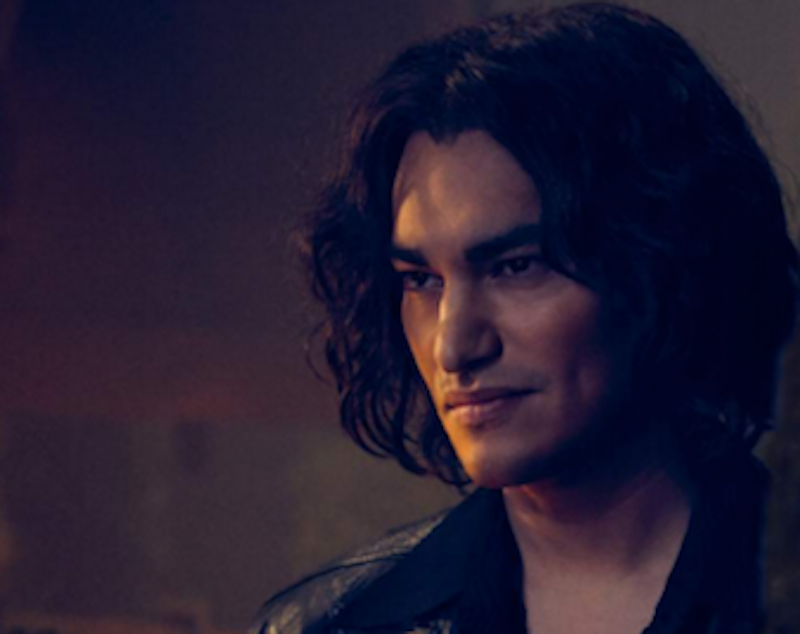 The recently wrapped ninth season of American Horror Story was a tribute to the slasher movies of the 1980s, as well as the decade they inhabited. In particular, AHS 1984 pays homage to Friday the 13th and Halloween, and their many copycats. It was a fast-paced festival of gore punctuated by snappy dialogue and the camp aesthetics that are the show's hallmark. Despite missing series mainstays Sarah Paulson and Evan Peters, the rest of the cast proved more than capable of filling their shoes. In fact, it was an opportunity for regulars Billie Lourd and John Caroll Lynch to shine. In addition, newcomer Zach Villa was a revelation. If only the writers had maintained the same attention to detail as the wig makers.

In the world of American Horror Story, all of the disparate seasons take place in the same universe. Sometimes there are subtle references to characters or locations from earlier years, and occasionally builds on previous storylines. One constant is the presence of hellmouth locations, which are portals to Hell. A distinguishing characteristic is that if someone dies on the property, their soul is tethered to the location in purgatory. In addition, good people, living or dead, will find their morality challenged. Previously, those sites included the Murder House from Season One, and Season Five's Hotel Cortez, both in Los Angeles, as well as the Roanoke site. It was suggested that the souls can leave the Murder House on Devil's Night, and on the same night, wandering souls can visit Hotel Cortez. The Murder House is also the birthplace of the Antichrist, making it clear that Satan, so far unseen, is real. For AHS 1984, Northern California's Camp Redwood shows every indication of being another hellmouth, even if it's a bit scattershot in following the rules of one.

Something that really bothered me this season was the depiction of Robert Ramirez, and how his storyline played out. In the "Devil's Night" episode of Hotel, the ghost of the hotel's founder hosts an annual event for deceased serial killers who had checked into the hotel at least once while alive. Among them is Ramirez, who’s acknowledged as dying in 2013 of lymphoma at San Quentin. AHS 1984 follows the superficial details of Ramirez's biography faithfully, up to his time on death row. He really did grow up in a hopelessly dysfunctional family, his crime spree took place in California during the time cited in the show, and he was apprehended by an angry mob in East L.A. Ramirez embraced Satanism, even carving a pentagram into his palm. The show uses the supernatural elements of his Satan worship to make Ramirez into an unstoppable killing machine.

Once the fictional Ramirez escapes prison, it not only loses the story's biographical root, it also blows a hole in the Devil's Night plotline—Hotel Cortez is never even mentioned. There were times when Ramirez seemed too charming, especially the way his Billy Idol fandom is played for laughs. Villa's performance does a great job of conveying how single-minded and self-centered Ramirez was, which gives insight into how those qualities made him so monstrous. But his fate of remaining trapped at Camp Redwood, in a cycle of being killed by the property's ghosts only to be perpetually reanimated by Satan, is far-fetched, even for this show.

By far, the standout performance is from Lynch as Mr. Jingles. At various turns frightening and tragic, Lynch's sensitivity to this character is remarkable. When the audience is introduced to Jingles, he's a villain, responsible for the 1970 massacre of nine counselors at Camp Redwood, who is also a prolific collector of his victims' ears. When he escapes the asylum in 1984, we're to assume that he's off to finish what he started when he learns of the camp's reopening. When it's revealed that Jingles is an unwitting victim, manipulated into taking the fall for a more treacherous killer, it's impossible not to root for him as he fights to take back his life and protect his family.

Margaret is the owner of Camp Redwood, and introduced as a survivor of the 1970 massacre. She bought the camp with the inheritance from her late husband, for what she says is a way of taking control of her own history and paying tribute to the lives lost. The reality is that Margaret is a killer capable of bonding with Ramirez over their mutual bloodlust. As the actual perpetrator of the 1970 massacre, she sliced off her own ear to pin the blame on Jingles. In one of many dropped plotlines, there's a small moment after Margaret meets Ramirez and an indication that she has embraced Satan, which is an amusing twist on the church lady facade she normally presents. Reminiscent of the Black Mass scene from Apocalypse, we catch a glimpse of Margaret's shadow taking the shape of a demon. And then we never hear about her relationship with Satan again.

Leslie Grossman has carved out a niche playing demented characters on AHS. She has a comedian's ear for dialogue, and an embrace of the absurd. In a later meeting with Ramirez, where she explains their "mutual admiration and deep sexual attraction," Margaret proves she’s diabolical enough to unnerve a monster, and it's Grossman's delivery that makes it believable.

The other madwoman of Camp Redwood is Montana, a metalhead aerobics instructor out for revenge. Her elastic personality makes her an untrustworthy character, but Lourd proves capable of the needed flexibility. Compared to Margaret's fixed unlikability, Montana’s charismatic. When the depth of her revenge plot is revealed, that she seduced Ramirez into trying to kill another camp counselor, it's disappointing. However, in her life after death, when her soul is redeemed by love, Lourd's monologue expressing remorse is a show-stopping moment that’s rarely seen on television, a remarkable exposition of internal conflict and self-doubt.

There were a few other dropped storylines that did a disservice to the supporting cast. Leslie Jordan as Margaret's long suffering assistant was much-needed comic relief in a Rodney Bingenheimer wig. Left to clean up the slaughtered remains of Kajagoogoo, he spies their ghosts rehearsing, and then, like the porn producer, the band’s never again heard from. An exception to the dropped storylines is Ray, sympathetically played by DeRon Horton, a cowardly medical student responsible for the accidental death of a frat boy, who gets a surprising redemption narrative. Newcomer Angelica Ross' steel-eyed performance as psychological researcher Donna keeps the audience guessing until the end. Introduced as duplicitous and cunning, she becomes a more benevolent presence as she deals with the consequences of her poor judgment, even if it means flouting the laws of science.

Towards the end of the season, there was one story arc that could’ve been dropped: the introduction of Ramirez superfan and wannabe serial killer, Bruce. Dylan McDermott is more funny than menacing, especially his shuffling run when he discovers the killer ghosts at Camp Redwood. But ultimately, Bruce didn't add anything to the overall story, and I would’ve preferred to see the energy devoted to him given to the dropped storylines and other inconsistencies.

The most difficult performances, for me, came from Finn Wittrock and Emma Roberts. Both expertly portrayed villains in previous seasons, and it was hard to digest them playing genuinely nice people. As good girl Brooke, Roberts is stoic and tenacious with strong self-determination. Difficult to like at first, she becomes easy to respect when she rejects Ramirez's offer to let Satan save her life. Wittrock's small role as Jingles' son looking for answers brings some happy closure to the season.

AHS creator Ryan Murphy has given some recent interviews suggesting that the 10th season might be the show's last. There have been hints that he aims to bring all of the previous storylines together in a final act of closure. If so, I hope the final season can avoid the storytelling pitfalls that plagued this season. The actors have proven they can handle whatever the writers throw at them, and they deserve something extraordinary.