Stab You in the Mouth

This movie is screamingly funny with a degree of political resonance. A 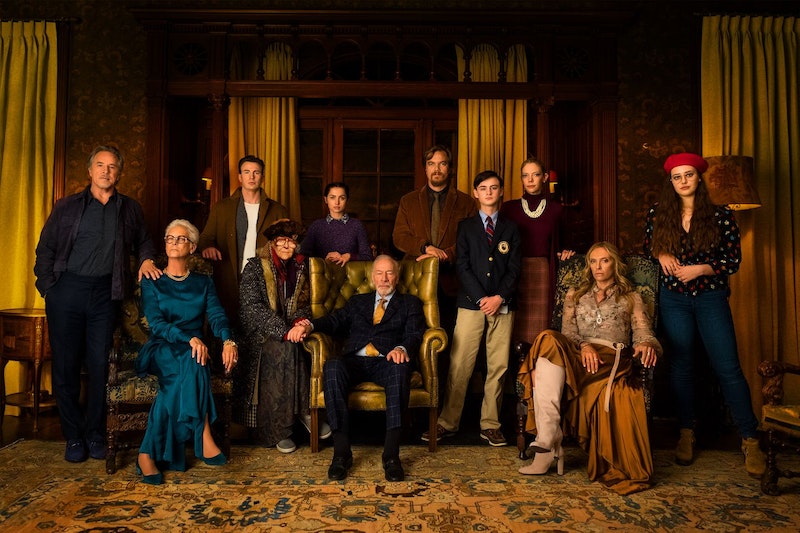 Two years ago, Rian Johnson directed Star Wars: The Last Jedi, a high-budget franchise film that inspired two years of bitter arguments, some of them more rational than others, among diehard Star Wars fans. Now, Johnson has returned with Knives Out, a film that is in many ways The Last Jedi's polar opposite: A small film, based on an original story, that's unlikely to be divisive at all. A whodunit that features a tight plot, a superlative ensemble cast and hilarious dialogue that practically sings, Knives Out is one of the best films of 2019. Simultaneously an homage to the Agatha Christie canon and Clue, Knives Out brings that tradition into a very of-the-moment story.

Harlan Thrombey (Christopher Plummer), a famous mystery novelist, suddenly dies during his 85th birthday party, in his huge mansion somewhere in New England. His heirs are a family of venal assholes, played by the likes of Don Johnson, Jamie Lee Curtis, Toni Collette, Michael Shannon and Chris Evans. And in the genre’s tradition, all of them have some reason for wanting their hands on the old man's money. Also in the mix is Ana de Armas (from Blade Runner 2049) as Marta, Harlan's nurse. Investigating is Benoit Blanc (Daniel Craig), a famous private detective, who was hired by a mysterious party. In reality, there are two mysteries, of how Harlan died, and who hired the detective.

This movie is screamingly funny. The stars on board get to act against type, especially Collette as an airhead, and Evans—Captain America—as a preening douchebag. Best of all is Daniel Craig, doing a luxurious Southern accent and getting his mouth around some amazing monologues, including a speech about donuts and donut holes that practically had me falling out of my chair. It's one of the year's best performances, and if Johnson's announced Star Wars sequel trilogy doesn't work out, I wish he'd make three movies about Benoit Blanc, going around the country and solving mysteries.

There's also some degree of political resonance. The family, like most, has loud and passionate arguments about Trump. There's a plot point about a character's immigration status, and a teenaged grandson is established as having alt-right sympathies. None of this overwhelms the movie, and there's also an amusing running joke about how none of the characters can remember which country Marta is from. And the final shot is especially inspired.

I come down on the pro-Last Jedi side, and have admired Johnson's work in television, when he was behind the camera for some of the best and most consequential episodes of Breaking Bad. But Johnson's previous movies as director—Brick, The Brothers Bloom, and Looper—all left me cold.