Frozen II isn't a masterpiece, but it's a worthy follow-up. A- 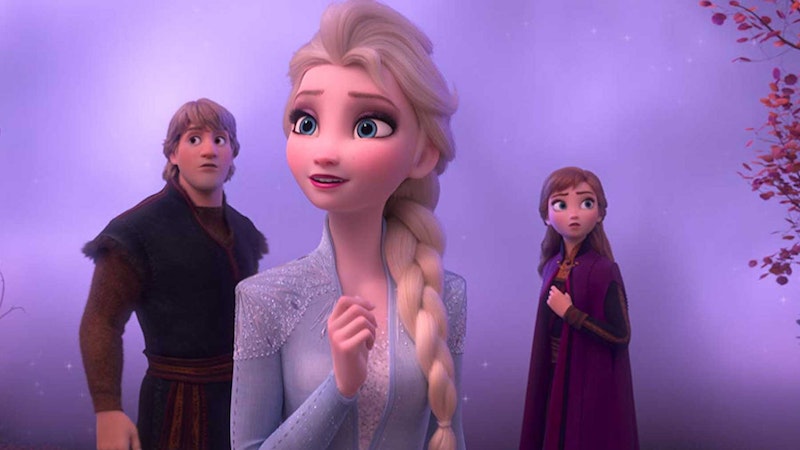 Frozen, the Disney movie released six years ago, was probably the most creatively successful studio animated film of the current century. A loose adaptation of Hans Christian Andersen's The Snow Queen, the film perfectly synthesized old-school Disney sensibilities with modern ones, while also including first-rate songs by the team of Robert Lopez and Kristen Anderson-Lopez. Frozen won two Oscars, and spawned a Broadway musical, not to mention Halloween costumes for seemingly two-thirds of the little girls in America.

Now there’s a sequel, titled Frozen II, which re-assembles most of the original film's better elements. The character work is strong, the animation beautiful, the songs melodic and clever, and the ultimate conclusion of the story true to what these movies are actually about. It rates a tick below the first movie, if only because it's missing the original's element of surprise.

Strangely, the plot of Frozen II takes some unlikely inspirations, as there are echoes of The Fifth Element, last year's Annihilation, and the Three-Eyed Raven concept from Game of Thrones. It’s darker than the first film. Directed by the original duo of Chris Buck and Jennifer Lee, Frozen II picks up a couple of years after the first film. Elsa (voiced by Idina Menzel) is hearing sounds from the forest north of the Kingdom of Arendelle, leading to encounters with both an indigenous tribe and a group of Arendelle soldiers. It leads to a surprising reconsideration of the history of the kingdom. Meanwhile, Christoff (Jonathan Groff) is trying to find a way to propose to Anna (Kristen Bell), while Olaf the snowman (Josh Gad) is having growing pains.

This movie will be controversial, in ways the first was not. It will, as most major movies are these days, be accused of pushing a "woke" or "SJW" agenda and it will also, I imagine, get denounced as "problematic" by certain other quarters. None of it bothered me enough, in either direction, to detract from my enjoyment of the movie, but be prepared for a couple weeks of annoying think pieces and terrible YouTube rants.

What's not in dispute is that Frozen II includes a brand-new suite of very good songs by the Lopez duo. "Into the Unknown" is something of a "Let It Go" sequel, sung by Menzel, while the whole cast duets on "Some Things Never Change." But the best song is Groff's "Lost in the Woods," an elaborate and glorious homage to Peter Cetera 1980s hits, featuring a very surprising backing vocal. And aside from a brief reprise of "Reindeer Are Better Than People,” the film avoids going to the well of re-using the first movie's music.

The launch of Disney+ has led many observers to react with wonder—or horror—at the mass of content Disney has amassed under its umbrella. The original Frozen is among the best of that, and while Frozen II isn't quite up to that level, it's a worthy follow-up.