Too Fit to Print

So much of Scandalous is dedicated to the National Enquirer staff's self-serving justifications of their sleazy behavior. C- 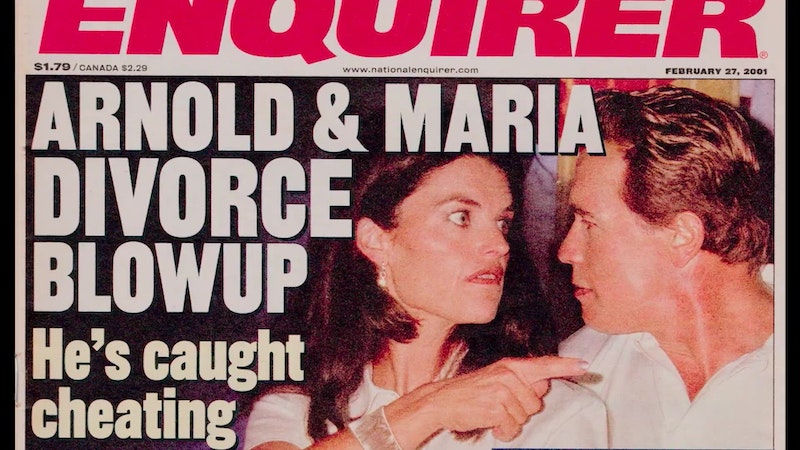 With The National Enquirer frequently in the news, due largely to its implication in the hush money payments to women who had affairs with President Trump, now would appear to be an ideal time for a probing documentary that looks into the Enquirer, that strange institution of American journalism. Scandalous, unfortunately, is not that documentary. The film, directed by Mark Landsman, is structured instead as an exhaustive history of the Enquirer itself, featuring mostly talking head interviews with the publication's longtime former staffers.

Willing to pay sources, cut corners, and violate normal journalistic tenets in various other ways, the Enquirer is a lot like its descendants TMZ, and Project Veritas—they're sleazy and unethical, but occasionally they'll stumble into a great story. In Scandalous, there are entertaining stories told about various colorful episodes from over the course of the last five decades, especially about the tabloid's extensive involvement with the O.J. Simpson saga. But mostly because those interviewed were long gone by the time the recent events occurred, the Trump-era material is covered just in the last quarter or so of the film, and in a second-hand way at that.

And even worse, too much of Scandalous is dedicated to the staffers' self-serving justifications of sleazy behavior, as well as the laughable notion that the Enquirer was a force for good in the world until very recently. That is when, under the leadership of David Pecker, they started openly shilling for the likes of Trump and the Saudi royal family and attempting to extort Amazon founder Jeff Bezos. (The Bezos affair, at least, led to a great headline, “BEZOS EXPOSES PECKER.”)

This is especially ludicrous, since the Enquirer made a point of killing stories about their favored celebrities long before the Trump/Daniels affair. There was even an instance in which the Enquirer killed a story in 2005 about a Bill Cosby accuser in exchange for an interview with the comedian.

Pecker, the magazine's owner until recently—and a man who received immunity from federal prosecutors after Michael Cohen was indicted—didn’t participate in the documentary, nor did most of the other staffers who have worked for the Enquirer or its former parent company American Media in the recent past. The interviewees, most of whom worked for the tabloid between its launch in its modern incarnation in the early-1950s and its turn towards Trumpism, repeatedly use what could be called the National Enquirer Nuremberg Defense: "We were just giving the people what they want." They tell the story about the instance when anthrax was sent to the company's offices in late 2001—killing a staffer—and one talking head says, "the World Trade Center was attacked, the Pentagon was attacked, American Media was attacked."

In addition, the movie glosses over one of the Enquirer's most fascinating scoops—the John Edwards love child scandal—and barely mentions the bizarre and mostly forgotten report during the 2016 campaign alleging that Ted Cruz had multiple affairs. The documentary doesn't offer much pushback, aside from some non-Enquirer journalists like Carl Bernstein, Ken Auletta and Maggie Haberman. But overall, the film is pushing a narrative that's plain ridiculous.