Why the left loves corruption. 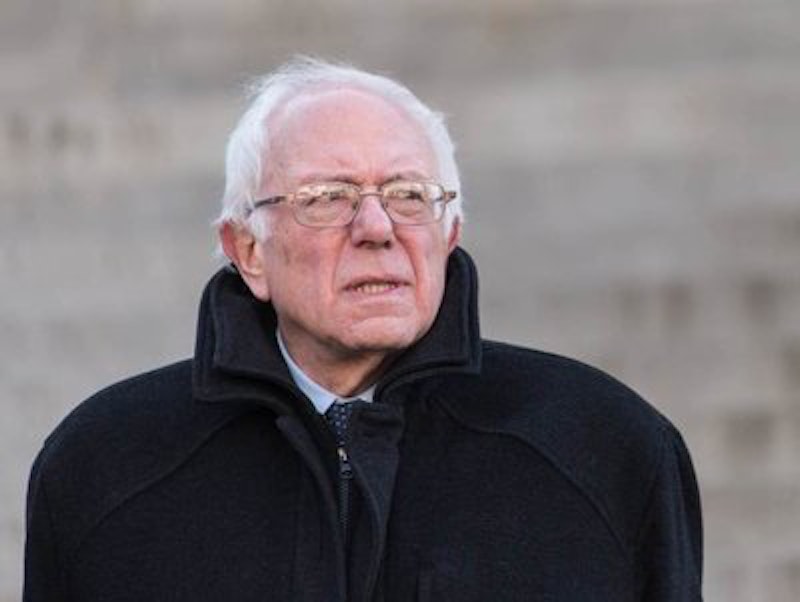 This is the 16th and last post in a series on political films. The 15th, on In the Loop, is here.

One of the great frustrations of Bernie Sanders' campaign, for me, was his decision to focus on corruption and money in politics rather than voting rights. Watching political films over the last four months hasn't explained this decision, but it's made the context and the mechanics of the choice a little clearer.

Voting rights are more important than campaign finance reform from every perspective: moral, practical, and partisan. The United States is built on the principle that government without representation is innately tyrannical. Expanding voting rights to everyone is in line with American beliefs; in contrast, there are real First Amendment concerns with restricting campaign contributions. Campaign finance laws have always been porous and ineffectual—whereas if you make voting registration automatic, or enfranchise voters in the District of Colombia, those people will be able to vote. Finally, despite Sanders' claims about political revolution, restricting money in politics has advanced left goals—tighter campaign finance laws didn't stop Reagan. In contrast, there's a lot of evidence that the more people vote, the better the left does. When you have big turnout in presidential years, Democrats do well; when the electorate is smaller in off years, Democrats do badly. Morally and pragmatically, Democrats should do all they can to increase the electorate.

Why then does the left focus on the possibly unconstitutional change that won't advance its goals, rather than on the strong moral and idealistic changes that will? Whatever the answer is, one thing’s for sure: Hollywood shares the same priorities.

Hollywood political films are obsessed with corruption: Mr. Smith Goes to Washington, The Great McGinty, Coffy, and Bulworth, all center on the evil power of money in politics. Other films like All the King's Men, The Candidate, My Son John, The Day After, and Red Dawn don't focus on outright bribery, but are still fixated on the corruption of power, and the way those in office betray the little guy back home. Everyday Americans are noble and virtuous—until they get into office, when they turn into (some subset of) money-grubbing warmongering commie peacenik fascists.

The narrative incentives here are clear enough. Hollywood films prefer individual dramatic stories focused on some individual, iconic star. Corruption provides an easy way to connect the moral choices of the hero to the political system as a whole. Does the politician choose the way of righteousness? Or does The System devour and destroy him? That's movie melodrama for you. Virtue and vice are clear and clearly separate. The brave hero fights manfully against the more or less faceless power brokers.

In comparison, voting rights lack that individual melodramatic oomph. When Hollywood does address voting rights, it's generally through historical pictures, like Spielberg's Lincoln, which have ready-made central heroes and morals with which virtually everyone agrees. In contrast, it's hard to connect contemporary stories to enfranchisement. Who wants to watch a Mr. Smith Goes to Washington in which the central character filibusters in the name of lowering the voting age or ending felon disqualifications? These seem like technical, boring points—and ones without the universal moral appeal of "bribery is bad."

Sanders, and the left in general, claim that they're working for a political revolution. They say that fighting against corruption is a way to empower the people. But corruption is ultimately a story not about collectives, but individual good and evil—about politicians nobly doing the right thing, or sneakily doing the wrong. Sanders, or for that matter, Trump, run against a corrupt system in part as a way to dramatize their own virtue. Hollywood narratives are popular; no surprise that they're conducive to populism.

Voting rights, on the other hand, turn the focus to collective action—to giving a voice and influence to more people, rather than depending on a purified few. To champion voting is to put faith in a process, rather than in an individual choice, or even in a particular outcome.

Hollywood has little interest in stories that see virtue in process rather than brave individual stands, or that trust the people as a whole, rather than a single savior. The left likes to think it's different, and that it believes in people power. But the obsession with tropes of corruption suggests that its political imagination is more mainstream than it would like to admit.