This Isn’t a Dream

The ambiguous doom of John Carpenter’s Prince of Darkness (1987). 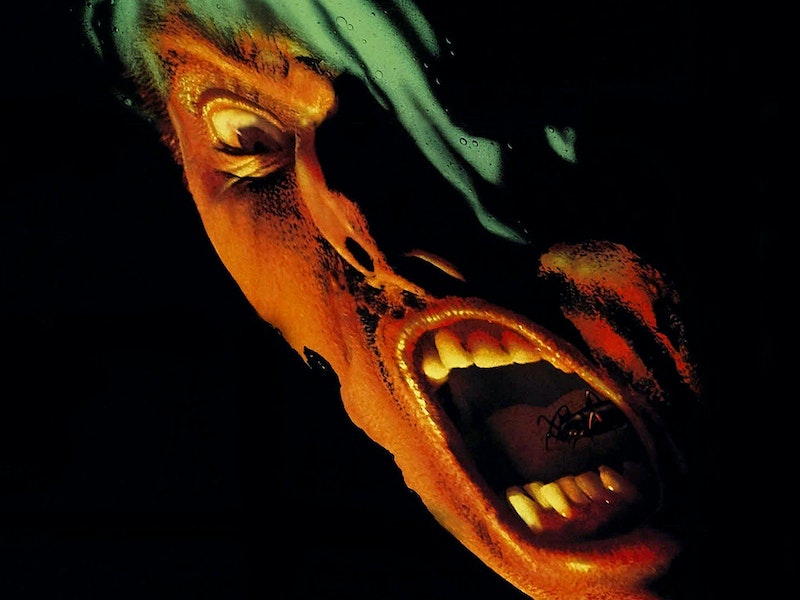 John Carpenter isn’t a cheery guy. A lovable grump in interviews, Carpenter maintained a fatalistic edge in all of his work, whether they were acclaimed masterpieces (Halloween, The Thing), cult favorites (They Live, In the Mouth of Madness), or underrated gems (Christine). His most common, consistent themes are straightforward: a serial killer disappears after being shot, two men alone at the edge of world stare at each in paranoia, society collapses as the populace goes insane... all of these endings refuse to give the audience peace of mind as the credits roll. In Carpenter’s world, we’re all fucked. Nothing is solved, nothing is accomplished. The only thing anyone has done is prolonged the inevitable.

Prince of Darkness is the purest distillation Carpenter ever made of this idea. A less popular entry in his filmography, it deserves more appreciation: a low-budget, metaphysical, anti-Christ freakout that only a master flexing his muscles could make. Writing under the pseudonym Martin Quatermass (named after the Quatermass series by Nigel Kneale), Carpenter writes a story that becomes nearly incomprehensible when packed into 101 minutes, but the set-up is simple: a group of university students studying quantum physics are hired by a priest to investigate a giant vat of swirling green goo sitting in the basement of a church in downtown Los Angeles. Over the course of a couple of nights, the characters discover that the green goo they’re studying is Satan. Maybe.

Members of the group get possessed and murder the others; multiple people receive dreams from a future past the apocalypse; it’s discovered that a realm of anti-matter ruled by a Lovecraftian monster can only be accessed via mirrors; trying to explain the story of this movie is nearly impossible because it’s so complicated. There’s an inscription someone reads at one point where it’s implied that Jesus was a space traveler sent to warn humanity about Satan’s liquid form, and no one ever brings it up again.

What makes Prince of Darkness great is its atmosphere, the creeping dread that permeates every scene. The dense nature of its story lends itself to the horror, as few things are scarier than those we don’t understand. Specific moments and images are hard to shake: a camcorder still, blown up to 35 millimeter, of a dark figure in the distance staring into the lens; a laughing woman’s face with peeled-off skin; a version of Hell represented by an underwater black void. All of this feeds into Carpenter’s interests, a story about faith and science and how neither are prepared for what’s coming, how they’re bound to fail one way or another.

Still, this is a low-budget 1980s horror movie, and there are dated bits: Alice Cooper’s weirdo stunt casting, playing the leader of a gang of homeless people who are controlled by the Anti-God to keep those inside the church from leaving. Several practical effects shots are charmingly lo-fi, and in some cases, made more frightening for being so: a shot of a woman’s face infiltrated by the green liquid, shooting into both her eyes and mouth, is immediately obvious in its construction (a dummy cast of her face had the liquid sprayed outward, then the film was reversed) and weirdly creepy for how unreal and nightmarish it is. It’s endearing and fun and to see some of Carpenter’s crew of actors return: Victor Wong and Dennis Dun from Big Trouble in Little China as part of the researchers, and the legend Donald Pleasance (the President in Escape from New York) as the priest who hired them.

It’s an odd stew, and it’s not hard to see why Prince of Darkness is considered lower-tier Carpenter. It’s not as masterful, lean, or funny as the others it sits between. But there’s material here that no one else has ever made, not even come close to. The mood of this movie is so suffocating and increasingly hopeless, that some of the scenes of violence that come in the final act are genuinely disturbing, even in all of its 1980s trappings. The problem of the narrative is “solved,” but of course, it never is. The last few minutes feature one of the most existentially upsetting moments in all of horror, followed by an ending and a final shot that lingers far longer than you’d think for a movie about evil green goo. Different things scare different people, but there’s something universal about the fear of fate, of knowing there’s something coming, and how there’s nothing anyone can do to stop it. John Carpenter understood this and which of his audience’s buttons to push. He made a masterpiece in the process.