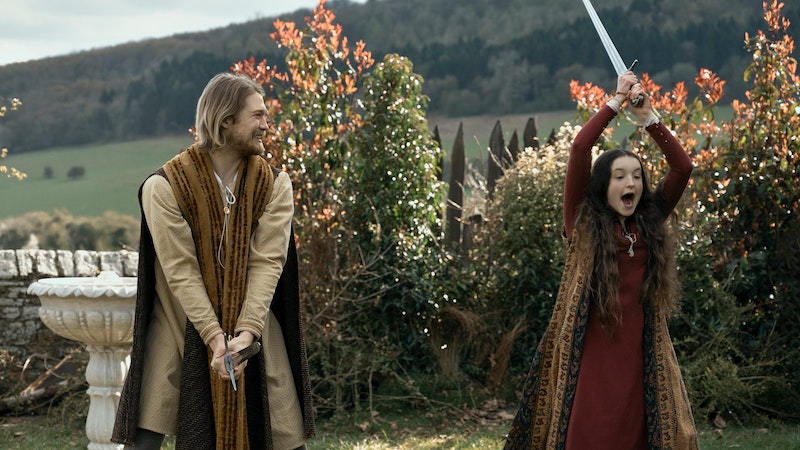 After so many years without a movie or TV show, I’m thrilled Lena Dunham released two feature films this year, even if one of them was a bit of a dud. Sharp Stick and Catherine Called Birdy practically came out back-to-back, and I hope she sticks to making movies and at this pace. Dunham should take the place of Woody Allen in American middlebrow arthouse cinemas. There’s been such a void ever since Amazon pulled A Rainy Day in New York from release in 2018 and cancelled a multi-picture deal with Allen during the height of #MeToo; even if that movie sucked, I want to see his new movies until they stop coming out—when he dies. Luckily, as he was quick to correct Variety the other week, he’s “not retiring” after finishing his 50th feature, his first in French, later this fall.

But American movie theaters won’t book Allen like they used to, and the country needs a neurotic auteur to come up with something once a year to keep us (and them) regular. Remember that for every Scoop, there was The Purple Rose of Cairo; and, I hope, for every Sharp Stick, there’s a Catherine Called Birdy. It’s clear that Dunham has planned to adapt Karen Cushman’s 1994 novel for a decade, because this is a fully realized film that’s as much a medieval comedy as it is Dunhamesque. Sharp Stick, besides being dangerously undercooked, was more of the same for Dunham: contemporary young women, the internet, and bad sex. It’s the kind of work you’re willing to cut someone slack for if you like them, but I was worried Dunham wasn’t moving forward at all.

Catherine Called Birdy is her best work since Girls, and the best introduction to her oeuvre for a new generation who might know the name but never saw the show, and people who reflexively avoided it during its heyday in the early-2010s. Bella Ramsey plays Catherine, a precocious and hilarious young woman in medieval England. From the opening seconds she’s a riot, and Ramsey gives the best performance I’ve seen all year. Although nominally a “Lady,” she detests the title, preferring her chosen name Birdy. Her parents are the exasperated and aloof Lady Aislinn (Billie Piper) and the dumb, insecure, but ultimately well-meaning Lord Rollo (Andrew Scott). Lady Aislinn hasn’t been able to bear children since Catherine’s birth, and with each miscarriage, she grows weaker and weaker.

When Catherine gets her first period, she’s immediately put up for sale—but with little dowry and not exactly traditional good looks (Russell Brand makes a cameo as a prospective suitor who Catherine convinces to turn around after he makes it clear he’s an asshole), she has to settle for a drunk brute that talks of “carnal pleasures” at the dinner table. Lord Rollo has second thoughts and chases after their carriage, challenging the man to a duel. Although Rollo’s cut, he walks back home with his daughter. They’re a happy family again. It’s a good thing Dunham bought the rights to Catherine Called Birdy so long ago, because it’s a story that easily could’ve been adapted by much worse filmmakers in the last seven or eight years.

Even if then movie veers into schmaltz and easy payoffs (Catherine’s gay best friend), it’s worth it because this is a movie for kids. Dunham has shown for the first time in her career that she can transpose her sensibility into different voices, eras, and places. Ottessa Moshfegh’s latest novel Lapvona is a great comparison: very similar setting, equally far away from the rest of the work of these two artists, yet bearing their prints everywhere. Everyone here speaks “movie medieval,” and although there are modern touches, this is an inviting and warm movie compared to Sharp Stick and most of Girls. When I say that Dunham has a cameo as the town whore, it’s not what you think—it’s not The Fountain, it’s for everyone.

I love The Fountain, though, and I hope Dunham remains this prolific throughout the 2020s. She can do anything.