The Worst Filmmaker of All Time?

Wood’s Final Curtain (and perhaps his entire output) redefines the essence of what a narrative movie is and should be. 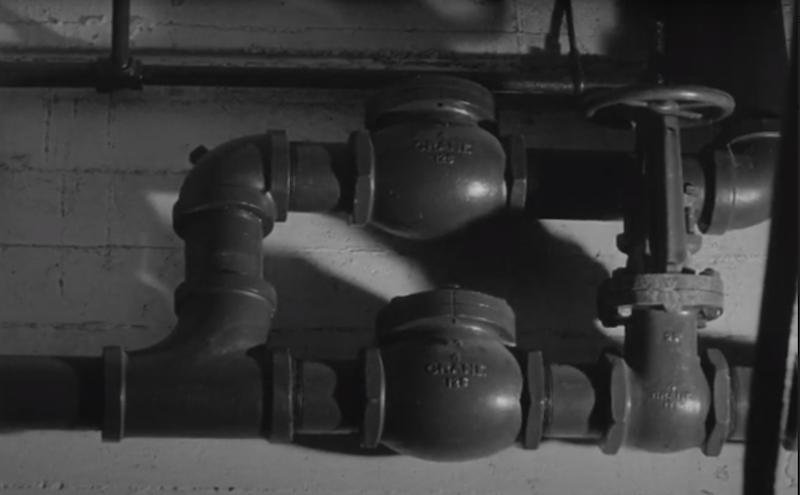 The other day I saw Ed Wood Jr.’s TV film Final Curtain. It was the pilot for a TV series he’d hoped to produce. The series was never syndicated and only one episode was ever made. This episode has caused me to undergo an about-face in my thinking about Wood. Like many people, my perception of Wood was formed by a large amount of criticism. He was voted the worst filmmaker of all time by Golden Turkey Awards for Plan 9 From Outer Space. This award assured him a sort of dubious fame and at the same it created a frame of reference through which people see his films. The general idea is that Wood was hopelessly inept, that he cut corners, had no dramatic sense, was incapable of directing actors, used cheap sets, cheaper special effects, an incompetent kook who, through his sheer love of cinema kept making movies.

This perspective ought to be modified for it assumes that he wanted his films to correspond to the model of the Hollywood big-budget picture. The universal ideal, and anything that falls short must be a fault, due either to a lack of funds or know-how. This ideal assumes that all filmmakers if they had the means would produce films with the same production values as the major releases.

We’re repeatedly told what isn’t in Wood’s films—this makes it difficult to see what is in his films. A different set of criteria was at the heart of Wood’s work. Wood was an avant-garde artist but, significantly, he didn’t know it. The criteria that should be used to judge his work are the same that are usually applied to filmmakers like Jonas Mekas, Kenneth Anger and Maya Deren. As soon as one makes this conceptual shift, his work starts making more sense. We’re told Wood was a terrible Hollywood director when he was a great experimental filmmaker.

Wood’s Final Curtain (and perhaps his entire output) redefines the essence of what a narrative movie is and should be. He did use the structure of the Hollywood narrative film but that’s where the similarities end. Final Curtain is an art film by someone who didn't know he was making an art film. It’s important to recall that it was a TV pilot episode, thus a consciously commercial undertaking. He wanted it to be a success, he wanted to make a hit that would “wow” them in Poughkeepsie. We can assume he tried to make it a success. What do we have in Final Curtain? A middle-aged man wanders around a large empty theater while a monologue plays on the soundtrack. This monologue at times corresponds to the images but usually doesn’t. It’s painfully undramatic. Nothing happens. We hear things about a series of 10 doors but only see two. We see the character climbing a staircase and are told the banister was like “a slimy snake under his grip,” but we see the banister and it’s just a banister, there’s no attempt to create a special effect. It seems self-defeating. This happens repeatedly. We’re shown cut-away images that lack symbolic content and have little or no relation to the story. In a remarkable instance he shows a water pipe on the wall. It means nothing specific in the story, there’s no mention of a water pipe in the monologue. Yet later he cuts back to the water pipe, the same exact shot. But still there's no idea of what it’s supposed to "mean.” I think Wood wanted it to mean nothing: he simply decided to show the water pipe.These decisions represent a style and not incapacity. They’re consistent in Final Curtain and in all his works.

If the symbols in Final Curtain were a door key or a person with a mirror on their face, like in Maya Deren’s film Meshes in the Afternoon, we'd all "get it," or at least think there was something to get, but Wood doesn't create a symbolic second level, he stays with the images as images. Like the early John Waters films this is essentially “pornographic” by which I mean it’s meant to be seen and not interpreted. Meaning emerges from what’s shown and not the montage.

The key to Wood is to understand that he refused to create meaning where he felt there was none. He didn’t seek to create either symbolic significance or an emotional response. It wasn’t part of his aesthetic. If any meaning was to emerge from his film it would have to emerge as the by-product of the amassing of the materials, from a story he chose, shots he chose, a monologue he chose, his montage, etc. Was the monologue written and then filmed? Were the shots assembled and then fitted to the monologue? Was it a combination of both? It makes no difference. Wood defines a film as a certain degree of activity within a certain frame of time. This is his unique style. The story is simply an excuse to assemble material.

The fact that Wood felt it worked as a film says it all. He was satisfied with the elements.This suggests a radical conceptual otherness, a conception as alien to traditional ideas of what constitutes a narrative film as I’ve ever found. Although his films are neither emotionally-charged nor symbolically potent, they remain interesting and maintain an audience.