The Screaming Mouth of History

Parallel Mothers is Pedro Almodóvar’s most muted and sad film, haunted by Franco and the pandemic. 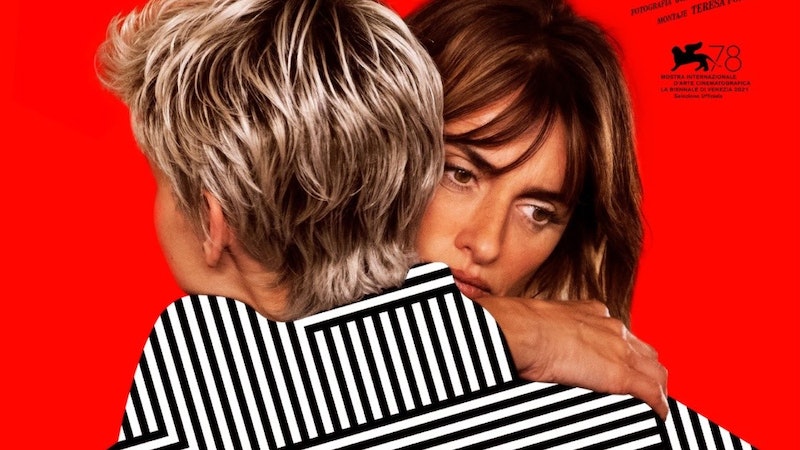 Pedro Almodóvar’s 2020 short film La voz humana, based on the Jean Cocteau play and starring Tilda Swinton, was the first assurance that movies could be made during the coronavirus pandemic Eighteen months later, his new feature Parallel Mothers has reached Baltimore, and on a second weekend Saturday night, Almodóvar packed the theater with his regular local mix of older people who see everything, people who walk out at some point (a couple this time, only 20 minutes in—maybe they didn’t know it was in Spanish?), punks, crazy people, and dates that are either going really well or horribly wrong.

Unlike some of his more sensational films like The Skin I Live In, Broken Embraces, and Tie Me Up! Tie Me Down!, Almodóvar’s latest is more muted but less mature than his last movie Pain and Glory, possibly his best. That film felt like a capstone and a renewal, but since its American release in the fall of 2019, I’m sure Almodóvar had to reconsider and change his plans like everyone else. Parallel Mothers has been in his mind for a while—a poster for it appears in 2009’s Broken Embraces—and it’s a sad, quiet movie, far from the melodrama of even his recent past. Julieta, which I saw in the same theater just about five years ago, dealt with a lot of the same stuff but in comparison feels like a thriller.

Parallel Mothers is about two women who meet by chance, get pregnant and deliver at the same time, and eventually realize their babies were swapped in observation. Penelope Cruz plays Janis Martinez, a well-known photographer; and Milena Smit plays Ana Manso, an adolescent mother first seen while she’s still living with her mother, Teresa (Aitana Sánchez-Gijón). She’s a working actress, “and at 47, this is my last chance.” She tells her daughter that her career will be over unless she tours Spain with her play, leaving her and her daughter to fend for themselves. At the same time, Janis has a fling with Arturo (Israel Elejalde), an archaeologist collaborating with her on a dream project to exhume the remains of her grandparents, murdered by Franco’s fascist regime.

Around here, about half an hour into the movie, is where things get momentarily loopy: we see Janis with her baby, and then she sleeps with Arturo and realizes she’s pregnant a few days later. We go through her pregnancy, and eventually Ana is introduced, but when we see her again outside of the hospital, at least a couple years have passed, and by the time they meet again at the cafe, everything settles and becomes clear again. But the entire sequence of Janis and Ana’s pregnancies is confusing and obscure, and not in a good way.

The most melodramatic Almodóvar gets is when Ana tells Janis that her baby died of “crib death”—knowing, as we do, that Ana’s baby is actually Janis’, and vice versa. Eventually, the revelation brings them closer together, and the film moves towards a mood beyond melancholy, but a trauma and a sadness that’s still too fresh to look back on. Parallel Mothers ends with the exhumation of skeletons of people murdered by Franco’s regime, and in a final pairing of shots, Almodóvar poses his actors in the graves and films them from overhead. Cut to a final quote about the mouth of history that’s always screaming.

Parallel Mothers is a haunted, sad film, with Almodóvar’s least loud production and costume design ever. It feels like an epilogue, but we know there will be more—unless Pedro’s got a secret, too.