The Unending Production of Life

Even when my father was unemployed, he was always working. 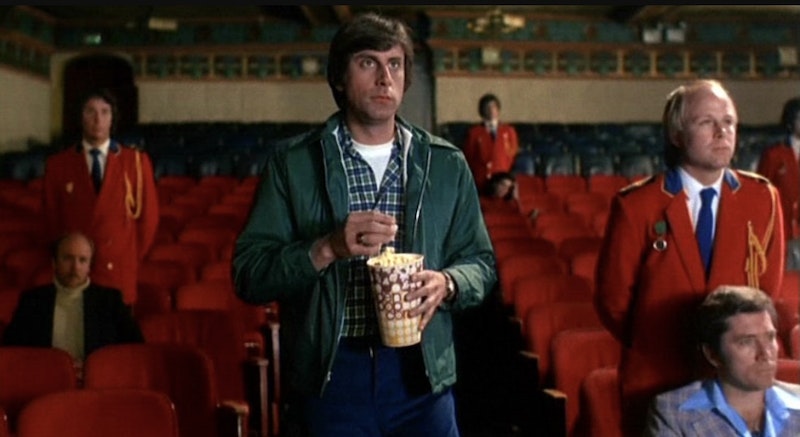 In August 2012, I received a call from my father. We spoke about the Dodgers, the coming election and the Los Angeles heat wave when he casually said, “I’m going to Ghana tomorrow.”

“I’m meeting with an investor for our movie. He owns a gold mine and wants to get in the film business.”

I was accustomed to my father meeting with strange people all over the world in his never-ending search for film funding. But Ghana?

“Who are you traveling with?”

“He sent me a prospectus via email. His family’s in the gold and silver business. He’s legit.”

I quickly Googled “Ghana gold mine scam.” I scrolled through pages of stories about extortion, wire fraud and kidnapping. One article told of an American businessman who was tortured and murdered in the town of Accra.

“Dad, what city in Ghana are you traveling to?”

My stomach dropped. I hung up the phone and scoured online travel advisories for Ghana. I called the US State Department and was transferred to a homeland security agent. The man listened as I told him about my father’s travel plans. After several minutes he calmly said, “If you want to see your father alive again, make sure he doesn’t get on that plane.”

My father, Igo Kantor, was a seasoned filmmaker who edited and produced dozens of films and television shows over a 50-year career. Most people would think twice about believing someone who claimed to be from an African gold mining family but this was familiar territory for my dad. In 1981 he made a film called Kill and Kill Again partially funded by an African goldmine heir. In 1987, he produced another movie with African funding called Act of Piracy.

My father worked with some sketchy financial backers over the years. One notorious investor allegedly embezzled millions from an organized crime syndicate and then fled to Mexico in a pickup truck hitched to an Airstream trailer. The abandoned trailer was found in the Chihuahuan Desert and the investor was never seen again.

Independent film producing is difficult. Money’s scarce, distribution channels are limited and studio competition is harsh. In the 1990s, I worked as a receptionist in my father’s production office. Each day, a collection of oddballs and outcasts appeared. They never had an appointment and always said it was urgent. I viewed these men as annoyances and tried to shoo them away. But my dad greeted them with a smile and a hug.

I asked my father why he spent so much time with these eccentrics. He said they were like baseball scouts. They spent their days searching for wealthy people who wanted to invest in movies. They pestered doctors and dentists and bankers and business owners. For every million dollars they raised, they received a five-percent finder’s fee. Often, they took a lower percentage in exchange for a Co-Producer credit.

“Don’t judge them,” my dad said. “They might look a little rough around the edges, but they help me get projects made.”

I took to calling these people quirkers. There was Sid from New Jersey who resembled a fish with his ovoid face and protruding eyes. He was a limo driver for Joey Bishop in the 1960s. He parlayed this into Vegas showgirl cabarets. “He lives on social security,” my dad said, “but every so often he makes a hefty commission.”

Then there was Richard Gonzales aka “Ricky Fiesta.” He was a stout, fast-talking salesman type who’d produced a Mexican film starring Ricardo Montalbán. He constantly offered tidbits of wisdom like, “Humans should be treated like circus animals. Only use a whip or a handful of treats. Nothing else works.” After I witnessed Gonzales engage in a screaming match with another quirker, he placed a Post-it note on my desk quoting Mark Twain: “God was so disappointed in Man he created the Ape.”

The most memorable quirker was Larry Luffenbach. In his 50s with greasy gray hair and a missing front tooth, his mother left him an inheritance that he invested in movies. He always wore the same dandruff-speckled black suit and smelled like he hadn’t showered in weeks. Once I told him, “My father can’t see you today. He’s busy working.” Luffenbach reached into his pocket, pulled out a wad of bills and said, “Your father needs me a helluva lot more than he needs you.”

I went to see a movie at the Cinerama Dome in Hollywood. As I left, I noticed a man in a black suit at the corner of Sunset and Cahuenga. I walked closer and realized he was Luffenbach. I went to a coffee house across the street and monitored him through the window. Whenever a car ran a red light, Luffenbach screamed and threw pennies at the vehicle.

I watched for 15 minutes, transfixed. As he began walking east on Sunset, I followed at a distance. He turned south on Gower Street toward Paramount Studios. He made a right into a grungy alley behind Astro Burger on Melrose then disappeared into a garage. Just before the garage door closed, I glimpsed a bed, a large dog bath and a refrigerator. This was his home.

I drove directly to my father’s office and told him what I’d seen. “What’s wrong with you,” he yelled. “You have no right invading that man’s privacy. Leave him alone.” I learned a valuable lesson. In Hollywood, everyone is playing a role.

It wasn’t easy growing up with a father in show business. Friends and neighbors were dazzled when I told them my dad was a movie producer. They didn’t know about the lean times when our water and power were cut off or when we ate chicken bouillon and iceberg lettuce for dinner. It could take years for my father to get a movie made. He worked side jobs as an editor and music supervisor, but paydays were inconsistent. My parents fought over money and my siblings and I were caught in the crossfire.

My father remained optimistic despite his struggles. I didn’t understand this at that time but I do now. He was living his dream. From the time he was a child in Portugal, he wanted to make movies. At 13, he started a film club for friends. At 15, he became a projectionist at a Lisbon cinema. Before moving to America, he edited a film magazine and interviewed the likes of Jerry Lewis and Bob Hope.

My childhood is filled with memories of sitting next to my dad at a Moviola while he edited television shows like The Monkees and films like Kentucky Fried Movie. He installed a movie screen in our living room and projected 16mm Republic serials from his youth like Spy Smasher and Mysterious Dr. Satan. On Sundays he attended film screenings at The Academy Theater on Wilshire Boulevard. The most sacred night of the year was The Oscars, an event he attended with my mother.

Even when my father was unemployed, he was always working. He spent hours on the phone discussing projects and potential deals. He took hundreds of meetings, worked on weekends and calculated film budgets at the dinner table. The constant activity gave him sustenance, reminding him he was a player and that each day might result in the green-lighting of a movie.

At the time my father made travel plans to Ghana, it had been 20 years since his last producing credit. He was in his 80s, his health slipping and he knew his next movie would likely be his last. He’d come across a wonderful screenplay about an American woman trying to rescue her kidnapped daughter from African slave traders. Charlize Theron expressed interest and Barry Levinson was attached to direct.

He’d already spent a decade trying to get this movie made. He’d traveled to Kenya to scout locations and set up a production office. In 2009, he brought a skeleton crew to South Africa for pre-production. One week before filming, funding fell through. He remained undeterred telling me, “I’ll either get this movie made or die trying.” When the Ghana connection appeared, he believed his luck had changed. He didn’t want to hear my doubts.

“If you’re not going to listen to me,” I begged, “will you at least listen to a homeland security expert?”

“I’ll give him five minutes,” my dad said.

I set up a conference call. The agent shared a recent incident about a Canadian businessman in Sudan who was kidnapped and his family was given three days to raise a million dollars. When the ransom wasn’t paid, the family received a FedEx package containing a bloody finger. The family ultimately wired $100,000 to the kidnappers but the businessman wasn’t released. His dead body was found in a ditch outside Khartoum.

My dad remained silent throughout the call. I hoped he was having a come-to-Jesus moment. I was mistaken.

“He doesn’t know what he’s talking about,” my dad said. “One, I’m not traveling to Sudan. Two, I’m not Canadian. Three, I’ve already checked this guy out.”

My father’s stubbornness helped him in the past. This time it was working against him. My entire family urged him not to travel. That evening, he finally expressed some doubts. He told his partners he wouldn’t go to Ghana. They were upset but there was nothing they could do.

In 2019, my father was diagnosed with lymphoma. He became sallow and weak. His optimism remained. He continued his search for funding. By August, he was moved into a care facility. The day we wheeled him into the building, he asked if the place had a boardroom “so I can take meetings with investors.”

He passed away in October. At the funeral, the rabbi shared how he’d known my father for decades. “I last spoke with him about a year ago,” the rabbi said. “He asked if I wanted to invest in his current movie. His pitch to me was ‘It’s one thing to be a rabbi, but a Co-Producer? That’s special.’”