Loki Has the Chaos The MCU Needs

The new Disney+ series is willing to go off in unexpected directions. 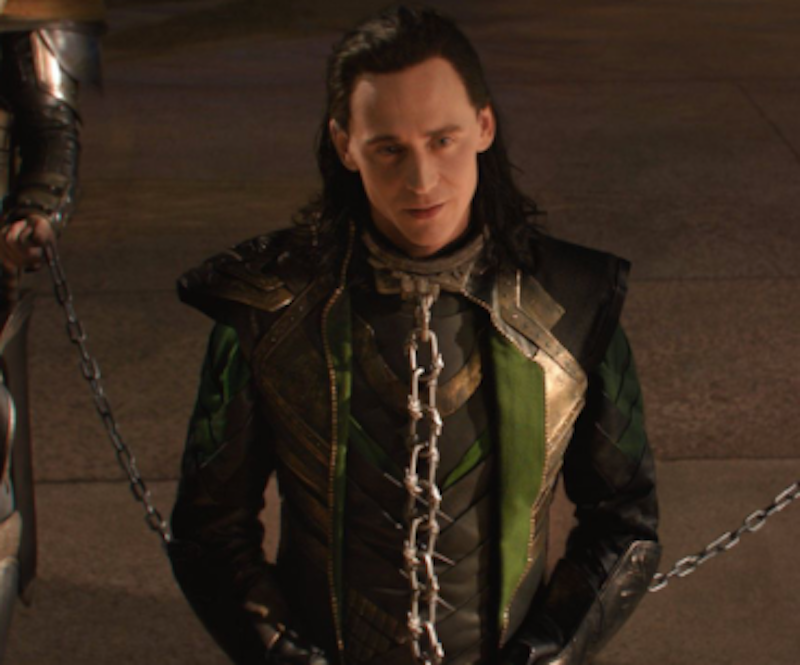 Since at least Westworld in 1973, Hollywood has loved making films about how the giant industrial bureaucratic machine of Hollywood creates films. The new Disney+ MCU series Loki picks up where Jurassic Park and The Truman Show left off. It gives you a peek behind the curtain, to the place where dreams are made by boring paper-pushers, lawyers, and cubicle dwellers.

The meta-story is cleverly done. There’s one gag in which you find out that the all-powerful infinity stones are used as paperweights by clerks, as if they’re just props—which is what they are. But perhaps the best part of the show is that it recognizes that all the planning and cataloguing and coordinating plotlines doesn’t work without some spark of chaos. At least after the two episodes available for review, Loki is the most openly demystifying MCU narrative. But it’s also one of the few that manages to retain a bit of genuine mystery.

The series is set after Avengers: Endgame. In that story, Loki (Tom Hiddleston), God of Mischief, died defending the universe from Thanos. However, to defeat Thanos, the Avengers had to go into the past, to 2012 when Loki was less into fighting the good fight, and more of a megalomaniacal mind-controlling God of evil bent on the subjugation of the world. After being defeated, bad Loki in the past is able to use the chaos resulting from superheroes chrono jumping to seize the Cosmic Cube and teleport away. He thinks this means he gets to fight another day. But before he can get far, he’s seized by the Time Variance Authority (TVA). They inform him that he’s messing with the single sacred timeline set by the three lizard-like Timekeepers. He’s due to be erased from existence… unless he agrees to help the TVA defeat a much more powerful and malevolent time anomaly.

The Timekeepers here are an obvious metaphor for Kevin Feige and the boring people who run the MCU. The joke is that these pedestrian corporate drones are in charge. All the colorful empowerment fantasies and megalomaniacal wizard-demons have to do their bidding. “You ridiculous bureaucrats will not dictate how my story ends!” Hiddleston declares with a mix of godlike indignation and petulance. But he’s wrong. The bureaucrats do write the end of his story over and over. And since Loki’s a villain, as Mobius (Owen Wilson), one of the TVA agents tells him, that means the end of his story is always that he loses humiliatingly so that, “others can achieve their best versions of themselves.”

The remorseless plot teleology of villains who always lose and heroes who always win has been a plague upon the first two MCU Disney+ shows. Both WandaVision and Falcon and the Winter Soldier felt all along like they were trundling along towards a pre-approved TVA end. We always knew that WandaVision was a hallucination, and that at the end Vision would still be dead and Wanda would be back with her grief. Falcon and the Winter Soldier was always going to end with Sam becoming Captain America. The sacred timeline was already set by the Timekeepers in the movies. The TV shows were just providing elaboration and filigree as we headed towards the inevitable destination.

Loki is different. He died. The star of this series is an alternative Loki, and it’s not exactly clear what his story is, or will be. We’re not sure whether he’s a hero or a villain. At moments, he seems remorseful about how much harm he caused in the timeline he never finished. And then he learns about the destruction of his home and family and just shrugs before moving on to the next scheme. Hiddleston puts on a wonderful performance here, shifting effortlessly from sincere mendacity to mendacious sincerity. You really don’t know when he’s lying and when he isn’t, or what his lies are intended to accomplish.

Viewers have a sense of where the old Loki fit into the MCU. But this Loki doesn’t fit. And if the central character doesn’t fit, then the narrative itself is out of tune. The timeline could go anywhere. In the MCU, the heroes always win. But it’s unclear whether Loki’s a hero, and more unclear what winning for him would mean.

It’s possible that the Timekeepers or their equivalent will push the series back to more conventional tropes by the end of the six-episode run. WandaVision looked odd at first too. But for the moment, Loki understands that an ordered narrative is a drag. You have as many script meetings as you want. But sometimes you’ve got to let the God of Mischief take the reins.