The Top Five TV Shows Canceled After Only One Season 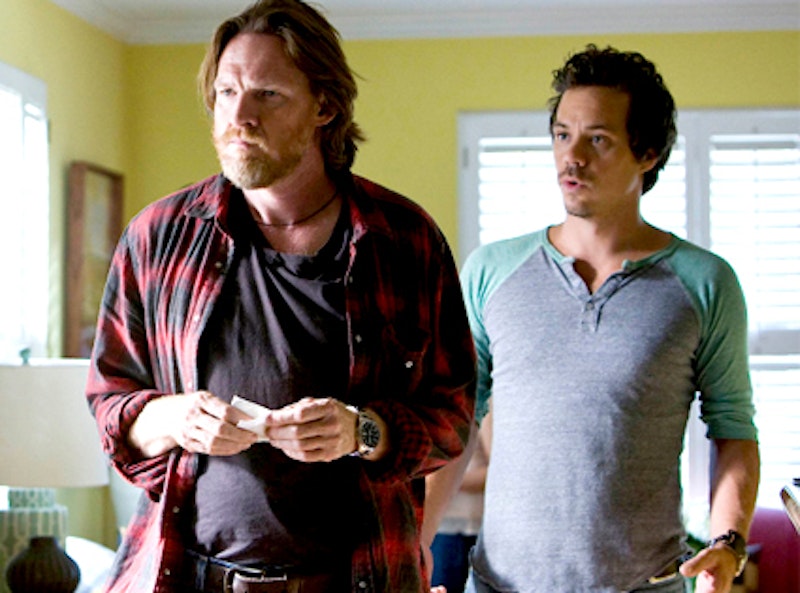 I've watched enough TV over the past few years to know that even the best shows aren't usually canceled too soon. Lost was a total mess for its last two seasons, with its time-traveling island and its generic good-vs.-evil, Shyamalan-esque finale. Rescue Me turned into 40-plus minutes of cheap one-liners and increasingly ludicrous, often rehashed plot twists after Chief Reilly killed himself early in season four. Even The Wire, widely regarded as one of—if not the—best TV shows ever made, had a relatively weak final season (that lengthy last episode montage, for example, is an overly-pedantic wrap-up to an otherwise amazing show). Still, there are those rare shows that never quite got their due, lost to poor ratings, excessive budgets or creative differences. So, in no particular order, my Top 5 Shows Canceled After Only One Season:

Both Buffy the Vampire Slayer and Angel were relatively easy hits for Joss Whedon—anything with vampires and sexy teens isn't a hard sell—but it was his space western Firefly that's become a true cult classic. Set in the year 2517, Firefly follows a group of mercenaries transporting contraband around a distant galaxy. There's great casting all around but Nathan Fillion really owns the role of Captain Malcolm Reynolds, an embittered "Browncoat" who fought on the losing side of a recent rebellion against the Alliance government. The show is a perfect blend of sci-fi and western—no aliens but plenty of political innuendo—and its post-cancellation success arguably bought Whedon enough Hollywood cred to move on to directing Hollywood blockbusters like The Avengers.

12.4 million viewers tuned in for The Walking Dead's season three finale back in March, a ratings record for AMC, a station that already needs a wheelbarrow to cart around all its awards for Mad Men and Breaking Bad. But Rubicon was the network's first flop. Premiering during the summer of 2010, Rubicon follows Will Travers (James Badge Dale), an intelligence analyst for a private consulting firm who discovers that he's working for a powerful cabal that manipulates world events for their own political and financial gain. Unfortunately, the show was too slow—all atmospherics and not enough plot progression—and by the time its final episodes aired its ratings had plummeted.

There's a Family Guy joke about One Tree Hill—and by extension every high school drama from Beverly Hills, 90210 to Dawson's Creek to Gossip Girl—about how absurdly serious such shows take themselves, but one show that actually managed to depict high school in all its awkward glory was Freaks and Geeks; it also happened to launch the careers of James Franco, Seth Rogan and Jason Segel, among others—no doubt the most impressive Look-At-Them-Now casting since Party of Five. Like Firefly, Freaks and Geeks has a huge cult following, and barely needs to be mentioned again on a list like this, except to remind NBC what a colossal mistake they made letting this show go. It's decisions like this that have left you scrounging for ratings, NBC.

Blame FX's terrible pre-launch ad campaign for the failure of Terriers, a superbly well-written and well-acted comedy-drama about two friends who team up as private investigators. Donal Logue plays Hank Dolworth, a newly sober ex-cop, devastated by his failed marriage, while Michael Raymond-James plays Britt Pollack, a petty criminal who Dolworth once busted, now turned straight for the love of a good woman. Logue and Raymond-James have some of the best on-screen chemistry I've seen in recent years, and the whole show manages to avoid the schmaltzy pitfalls of typical buddy cup comedies. Too bad audiences mistook Terriers for an Animal Planet special about dog groomers.

While the other four shows on this list were canceled outright during their first seasons, Luck was actually renewed for a second season before the show had even properly debuted. David Milch, eager to prove something after John From Cincinnati totally bombed a few years before, returned to HBO in the winter of 2012 with Luck, an all-around fantastically put-together show about horse racing and casino gambling, starring Dustin Hoffman, Nick Nolte and Dennis Farina. Unfortunately, after several on-set horse deaths, Milch and HBO—at the behest of PETA and other animal rights organizations—agreed to cancel Luck, ending a show that would have one day ranked up there with The Sopranos, The Wire and Breaking Bad.