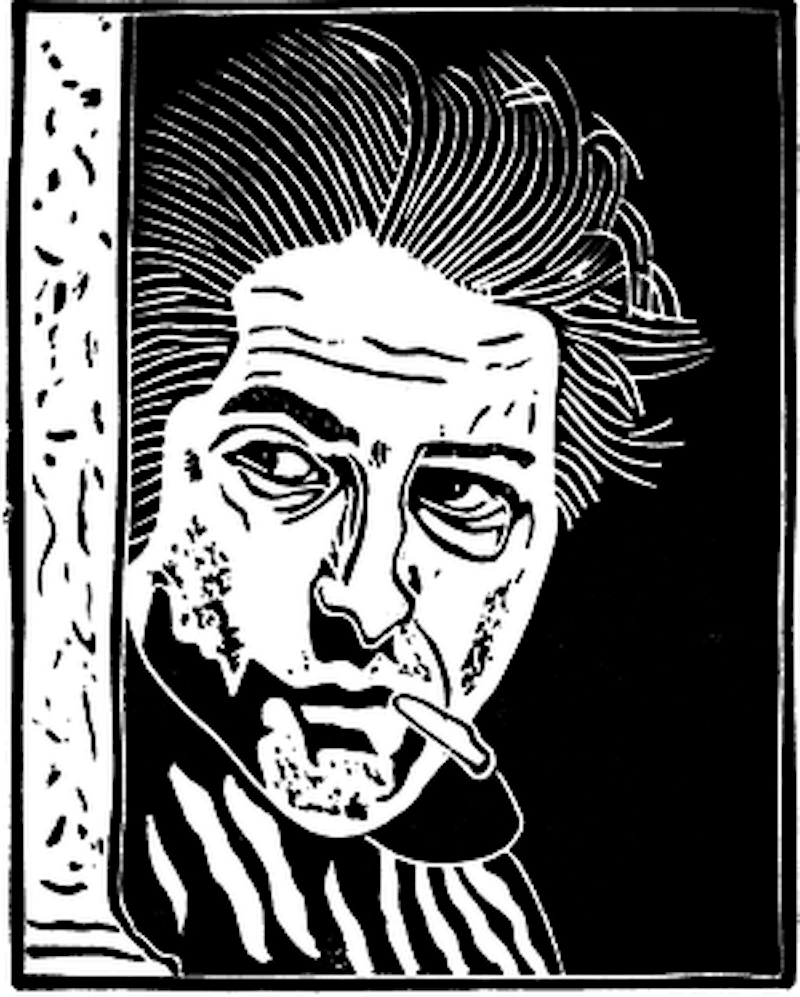 Midnight Cowboy marked a turning point in American cinema. It's the only X-Rated movie to ever win a Best Picture Oscar. It also signified the moment when film shifted from studio control to an independent auteur era.

When Producer Jerome Hellman was casting the lead roles, he came across Hoffman performing in an Off-Broadway play called Eh? Hoffman agreed to play Ratso Rizzo but it took a year for screenwriter Waldo Salt to write the script and another year for Hellman and Director John Schlesinger to raise the funds. During that time Hoffman starred in The Graduate and became an overnight star.

After seeing The Graduate, John Schlesinger felt Hoffman was too clean cut and collegiate to play Ratso. Hoffman asked Schlesinger to meet him at a filthy Times Square coffee shop at night. Hoffman came in character dressed in a dirty raincoat with slicked back hair and several days’ stubble. Hoffman begged for money, unrecognized by Schlesinger. When Hoffman finally revealed himself, Schlesinger agreed that Hoffman would "do quite well."

Hoffman relished the seedy nature of Ratso Rizzo which was the polar opposite of his ultra-preppy Benjamin Braddock character in The Graduate. (Has any actor ever had two greater first roles than Ratso Rizzo and Benjamin Braddock?) When casting the part of Joe Buck, the producers initially considered Warren Beatty, Michael Sarrazin, Lee Majors and even Elvis Presley. They scoured Off-Broadway Theater and eventually found Voight.

There was a charged chemistry between Hoffman and Voight. The latter traveled to Texas to study small-town good ole boys, appropriating local wardrobe and a southern accent. Hoffman hung out in the Bowery and studied street people. He obsessed over character details like Ratso's walk and his consumptive cough. He put a stone in his shoe giving him a forced limp and donned a stained white jacket found in a bus station dumpster.

The film's most memorable scene where Hoffman screams at a cab driver "I'm walking here" was improvised and shot without permits. The drug-fueled warehouse party scene was staged by Andy Warhol and it featured prominent Factory personalities like Viva, Ultraviolet and Paul Morrissey. Warhol planned to act in the scene himself but shortly before filming he was shot in the stomach by Valerie Solanas.

Schlesinger needed a theme song for the film. Bob Dylan wrote “Lay Lady Lay” expressly for the movie but Schlesinger felt it didn’t work. The singer Nilsson proposed the song “I Guess The Lord Must Be In New York City,” but Schlesinger preferred Nilsson’s cover of Fred Neil’s “Everybody’s Talkin.’” The song went on to be a hit and became synonymous with Midnight Cowboy.

When production on Cowboy finally ended, Schlesinger feared the film was a disaster. By the end of the first screening for United Artists when Ratso was dead in the bus with Joe Buck's arm around his shoulders the theater was dead silent. Everyone was crying. The newly created Ratings Board gave the film an X-Rating due to homosexual overtones, drug use and nudity. Critic Rex Reed wrote "the film is a collage of screaming, crawling, vomiting humanity" while Roger Ebert scribed "it's a vulgar exercise in fashionable cinema." This only helped spread the buzz. Ticket lines stretched around the block. Audiences gave standing ovations.