The Sun is Shit 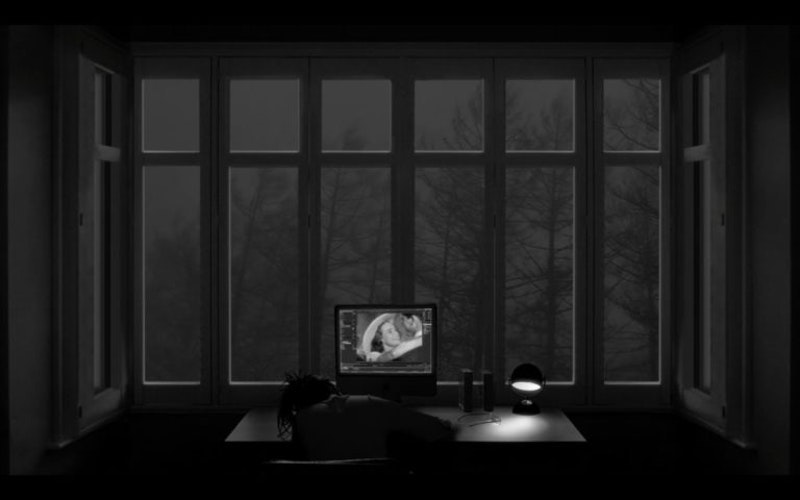 1. Let the Sunshine In (Claire Denis)

I don’t know if Claire Denis intended it, but to me this was the withering parody of “Dialysis-core,” an unfortunate breed of movies aimed at but always looking down on those in their golden years. There have been a spate of them in recent years (Paris Can Wait; The Leisure Seeker; Finding Your Feet; The Meddler; Hello, My Name is Doris), and as anodyne and antiseptic as they are, I find them all immensely depressing, an obvious cater to the art house’s one reliable audience: senior citizens.

These movies are insulting and brain-dead, and with Let the Sunshine In, Denis took this genre in a vice grip. Juliette Binoche plays a lonely middle-aged woman in Paris, disappointed in love and dissatisfied by sex. Every sex scene, every kiss, every embrace is painfully awkward, and Denis lingers long enough for the audience to realize they’re being played. This is no movie “full of good wine, food, and conversation”—it’s a painful but true depiction of garden-variety isolation, disappointment, and listlessness. Denis picked the perfect genre to subvert.

Two hours, 24 images. At first they’re mostly still, and then there’s movement: a passing doe, trees blowing in the wind, snow accumulating on a hillside. Capping off a career cut short by cancer, this is perhaps Abbas Kiarostami’s simplest and most demanding film, one more world to gaze in, look into rather than at. The movie had a psychedelic effect on me, its dedication to duration and gradually transforming images encouraging a trance state altogether different from similarly “slow” films.

There isn’t much variety in the images: lots of snow, rabbits, trees, clouds, and nature bookended by cultural references centuries apart: the first image is a painting by Pieter Bruegel the Elder come to life, and the 24th image shows an iMac playing William Wyler’s The Best Years of Our Lives, Teresa Wright moving in to kiss Dana Andrews. It plays out frame by frame, a 25-second shot stretched out to several minutes. There’s no dialogue, no characters, no plot in this movie. In death, there’s silence. But with 24 Frames, Kiarostami uses that silence and that stillness to encourage viewers to look closer, and longer.

A movie that grabs you by the throat, punches you in the solar plexus, pins you to the wall and never lets up in its 95 minutes. Joaquin Phoenix brings his mumbling bum schtick to play a character more violent, disturbed, and compassionate than those in The Master, Inherent Vice, and I’m Still Here. Supported by a stellar and overlooked score by Jonny Greenwood, Lynne Ramsay delivers an all-out assault on the audience that swims and dives in its own putrid juices, one of two movies on this list featuring remarkably sensual murder scenes.

You Were Never Really Here left some of my friends cold, put off by its pose and showmanship. A fair criticism—Ramsay’s ballet of pure cinema doesn’t invite you in. It doesn’t ask the viewer anything; you have to want to go along for the ride. Roller coasters aren’t for everyone, and they look awfully silly in line. Watch your head.

A film snob’s dream is usually a moviegoer’s nightmare, but the right hands can throw Bergman, Bresson, Dreyer, and Tarkovsky in their mortar and pestle and grind out something gripping and original that never hides or apologizes for its obvious origins. Paul Schrader updates the spiritual anguish of Bresson’s Country Priest for 21st-century people seeking solace in the face of inevitable apocalypse brought on by climate change. We are powerless to stop it, and the people in a position to do something couldn’t be bothered.

Where does that leave Reverend Toller? Ethan Hawke, in the performance of his career, spirals into doubt, paranoia, and aimlessness, riddled with guilt over his own divorce and the gruesome suicide of a man he counseled. Just before Toller fully realizes his radicalism, he—and the film—embraces love in a miracle brought to life as suddenly as it’s ripped away, and the movie is over. We are forgiven.

A thriller with its head in the clouds flying over a sea of silent dread. Jong-su, a layabout man-boy runs into Haemi, an old classmate, who he doesn’t recognize at first because of her plastic surgery. She’s gorgeous, “out of his league” in Jong-su’s mind, so when she asks him to watch her cat while she’s away, he’s more than happy to oblige. Before she leaves, they have sex, and the film flashes its first touch of magical realism characteristic of Haruki Murakami’s work (Lee’s film is an adaptation of a 1991 Murakami short story). After love in the afternoon has passed, Haemi is gone and returns with Ben, a much cockier and confident (and wealthy) man than Jong-su, someone who hints at sociopathy in a playful way.

When he tells Jong-su that he has a habit of finding abandoned barns and burning them down, neither Jong-su nor the audience know what to make of it, and the “truth” is never resolved, even after Ben and Haemi take another trip and Haemi is suddenly missing without a trace. “She never had a cat,” the landlady tells an increasingly desperate Jong-su.

Convinced Ben murdered Haemi (along with at least a dozen other women, whose jewelry he finds in Ben’s apartment), Jong-su tracks him down and stabs him, practically disemboweling him pinned against his car. It’s extraordinarily sensual, mirroring the sex scene earlier in the movie and again flying off into uncertainty that’s more dreamy than annoying. For two and a half hours, we watch someone severely ill-equipped to solve a murder and find we’re just as clueless and lost in paranoid doubt as him. But at least there’s no blood on our hands.