The Sense8 Pilot and Utopia via Television 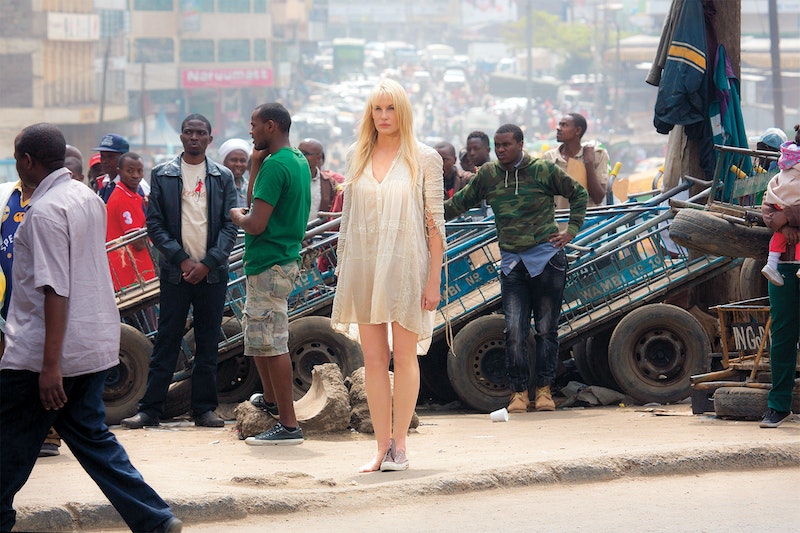 Television is, or at least promises, communal magic. Books are private; they open another world, but only for one person at a time. Movies are an experience you go to; it's a dream experienced in public with only as many as can fit in the theater (or it used to be, until the Internet made movies into television too.) But TV is public and private, a screen in your own home that connects you to everyone. It's intimate, private, and universal. Go home and the world and its people are all there, waiting for you.

The new Netflix series, Sense8, builds its story around this dream of television as perfect merger of exterior and interior. The first episode introduces eight characters from diverse backgrounds and nationalities—a Nairobi van driver, a Korean businesswoman, a Mumbai pharmacist, an Icelandic DJ, a Chicago cop. Each of the characters has a telepathic connection to the others, and flashes of their stories bleed into each other. A Mexican telenovela actor accidentally speaks dialogue from a police stop; that Korean businesswoman sees a chicken from Nairobi flutter onto her desk.

These experiences are presented as disturbing and confusing, but, even in that first episode, they're also spiritual and potentially transcendent. And beyond that, they're a metaphor for the experience of television itself. The excitement of the show—the ability to move from one's own life seamlessly into that of another—is also the excitement of television, where, in the comfort of your own screen, you can observe anybody. And more than observe: the Icelandic DJ finds herself (after taking some potent drugs) actually in the position of the Chicago cop, living his life, standing in his place. Television is not just watching; it's identification. You can be someone else—or many else's, the DJ and the cop and the safecracker and more. To watch television is to participate in the community of the world.

But TV rarely delivers, and Sense8 doesn't either. The sweeping possibilities of the world open up—and deposit you in a welter of clichéd tropes. Some Berlin safecracker is engaged in a Big Heist and is working through daddy issues. The van driver in Nairobi is competing with another van driver and needs to believe in himself. The pharmacist in Mumbai is facing an arranged marriage to a man she doesn't love because the west loves stories about the retrograde gender politics of non-white people.

Worst of all is the one closest to home. The Chicago cop, Will Gorski (Brian J. Smith) is a white guy, and a saint. As someone who lives in Chicago, I can assure you that, while some cops may be pleasant and honorable, and many of them are white, few are beatified. But Will is full of compassion, and when he finds a young black gangbanger with a gunshot wound, he valiantly tries to save him, over the objections of various people of color (his partner, a nurse) who seem to believe that 15-year-old gunshot victims should just be allowed to bleed out in the street.  The scene here is especially bitter because the young actor playing the gunshot victim is in my son's acting class—a talented and lovely person, shoved into the black gangster stereotype in the name of expanding New Age horizons. Empathy here means recognizing that black people are the real racists, and white cops are the good guys who fight for us all. The mystical, amazing power of world identification means confirming the dumbest, most invidious genre contentions. Reaching out to the world means thinking the same damn way as always.

There are some less-told stories in the bunch as well; Nomi Marks (Jamie Clayton), a lesbian trans woman in San Francisco, is a protagonist that we don't see enough of in any mainstream media. But for a series touting the sweeping power and importance of new perspectives and human connection, the dreary familiarity seems fatal. Sense8 insists that television will expand the human experience, and let you touch the lives of the world. But when you go through the screen in that first episode, all you come upon is a vast and familiar wasteland. The new age looks much like the old age. You can binge watch it, but it's hard to see why you'd want to.