The Pure Cinema of Heat

Michael Mann’s 1995 film is an exemplar for the medium in its astonishing and graceful elevation of the most trite text imaginable. 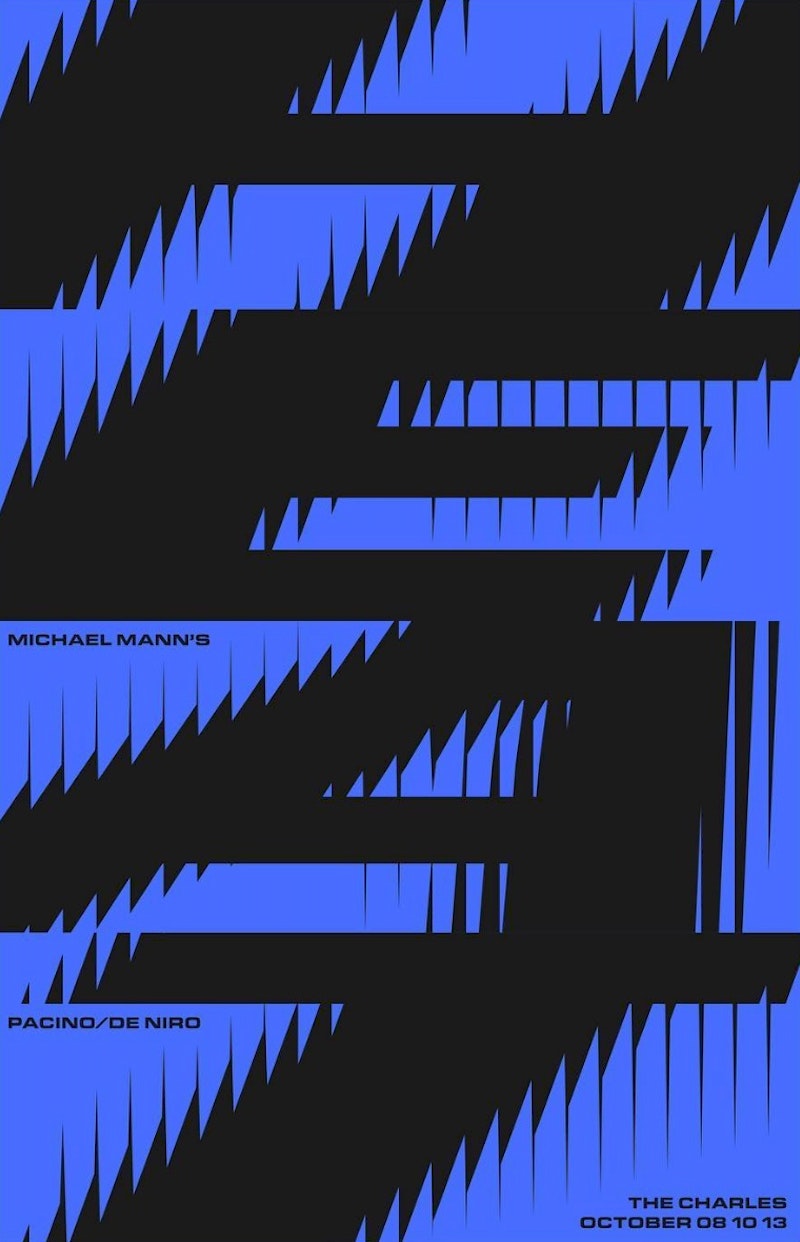 Sight & Sound may be taking their sweet time before rolling out their decennial poll of “The Greatest Films of All Time,” and whether Tokyo Story takes over Vertigo or Citizen Kane reclaims its long held spot at the top, it’ll be a succession of familiar names: Ozu, Hitchcock, Welles, Kubrick, Ford, Fellini, Godard, Truffaut, maybe Wong Kar-wai. I understand that the aggregated poll is always going to be boring, but what I can’t fathom is why so many of the individual lists—directors and critics—resemble the main list. Why bother participating if you’re not going to have fun with it? Everyone knows about 8 1/2 and 2001: A Space Odyssey. Much as I love him, the best of Jean-Luc Godard was not just Breathless and Contempt. And where’s Fassbinder? Even if he made many better movies than Ali: Fear Eats the Soul, there’s no reason it shouldn’t take the place of The Searchers, or Renoir’s The Rules of the Game, a movie that isn’t as good as his own La Grande Illusion.

These are films that stand outside of the time they were made, films that humiliate and dwarf their contemporaries, no matter how commercially successful they are. There’s no better comparison than 2001: A Space Odyssey and Ice Station Zebra, which kicked the former out of the Cinerama Dome in the summer of 1969. Kubrick’s film speaks for itself and has endured for reasons we’re all familiar with; Ice Station Zebra is the generic product of a bloated, dying studio system coasting on tired methods, old technology, and bad actors suffering under worse lighting and makeup. In the 1970s, Hollywood discovered low-key lighting for color films, and The Godfather transcends its genre trappings and escapes cliché not only because of its unconventional structure, but purely because of the way Gordon Willis shot it. The same goes for Woody Allen’s Annie Hall and Interiors—if someone else had shot those movies, they wouldn’t be masterpieces. They would be Small Time Crooks and The Curse of the Jade Scorpion.

Michael Mann’s Heat, from 1995, is what it is because of how it looks. There’s no separating form and content in Heat, which did well on initial release but in recent years has enjoyed a resurgence, probably driven by stars Robert De Niro and Al Pacino appearing together again in The Irishman and their unchallenged status as two of America’s greatest living actors. There’s a sort of pre-mourning going on, because while both continue to work, one cannot deny the sense that the public feels that their best work is behind both of them, and that even their greatest of greatest hits—The Godfather Part II, Dog Day Afternoon, Taxi Driver, Scarface—are exhausted. What’s left to dig? There’s plenty in Mann’s film, and after seeing it again in a packed theater for the first time in four years, it’s obvious that both of them topped out here, and have never approached this kind of work since.

Mann’s cops and robbers movie rises above its genre and clichés even more than Coppola’s gangster trilogy: Heat is a film that not only tells but propels itself forward using only images. Not just composition or montage: faces tell life stories. Mann researches all of his films extensively, and they’re more than lived in: they live. Heat’s a film that makes the case for popular cinema as high art perhaps more than any other major film from the 1990s, if only because its text (De Niro the robber and Pacino the cop play cat and mouse, revealing how similar they really are) is sublimated completely into its images. Exposition is handled in micro-seconds, with familiar movie stars mixed in with character actors you’ve never seen and people Mann likely found doing research.

When you watch a lot of movies, especially from Hollywood, their architecture becomes impossible to spot. Beyond poorly-written dialogue, the way a scene is cut, the way the camera moves, will tell you five minutes in advance whether someone is going to turn around, or go in for a kiss, or reach for their gun and jet. In most movies, people are following two scripts, one unique to itself and another that girdles the Hollywood monoform, a way of telling a story in images and montage that’s as formulaic the text of a detective or romance paperback. However great Mann’s recent debut as a novelist (with Meg Gardiner) with Heat 2 may be, it isn’t cinema, and that’s what makes this story not only interesting but astonishing. Cinema can do what other art forms can’t, but a more impressive and sturdy demonstration of its power is the elevation of the most trite, hack text you into something graceful and powerful beyond words. Heat is one such film, and in the last 27 years, Hollywood hasn’t produced many that match its pure cinema.