Antonioni at the Party 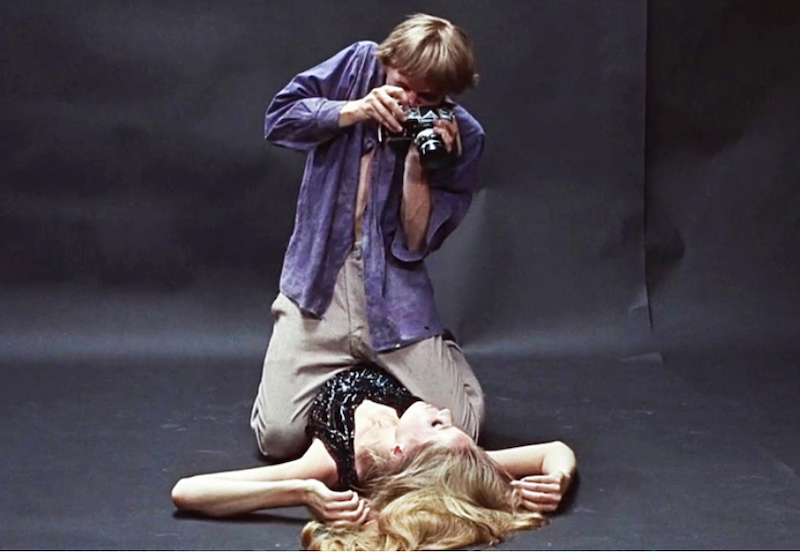 A memory of Michelangelo Antonioni, partygoer: “He turned up in a dark business suit looking grave and stricken, rather like Paul Lukas as a decent liberal in an anti-Nazi film. So politely did he efface himself that several guests took him for a butler and asked him to get them gin and tonics, which he decorously did. From this party, I later heard, he got his image of ‘Swinging London.’” So recalled Kenneth Tynan, the louche and sparkling culture journalist who was host of the party in question. “It wasn’t, in fact, especially depraved; nobody stripped, not a Beatle, or Stone, was present, and no drug except pot was ingested,” he wrote in his diary. “It was, however, a pretty swaggering affair, and I remember it with pleasure and some pride.”

Why not? Stationed here and there were “fiber-glass models of girls,” all of them dressed in horny and fantastic fashion. In the bathroom Tynan kissed Marlon Brando on the mouth because Brando dared him. Gore Vidal was around someplace, among the crowds of people, and Richard Harris was being a drunk and famous actor. And through the tumult passed Antonioni, sober, observing. Kathleen Tynan, who threw the party with her husband, was firm about its influence on the moviemaker. Writing her biography of Ken, she refashioned her late husband’s diary entry to produce: “From this party, the director later announced, came his image of ‘Swinging London,’ one he hoped to capture in Blow-Up.” But Mrs. Tynan was equally firm about the party’s date, that being election day in March 1966. The movie had been released three months before, at the start of the year.

I suppose seeing Antonioni at a party is so much like watching Blow-Up that a person gets confused: all that happy stuff going on and somehow you’re supposed to be unhappy. Blow-Up specializes in the ancient trick of putting sin on display so it can be properly examined and denounced. Cecil B. DeMille relied on the Bible angle to make clear that sinning was bad. Blow-Up prefers the chilly alienation approach, with normal, decent movie pacing offensively slowed down. That’s one hell of a po-faced, galumphing trudge of a film, and you’re happy when it takes its existentialist camera framings and creaking-footsteps soundtrack and heads out the door.

Blow-Up does include a party, but it’s a bit softer than the Tynan affair. The big point is that there’s a room with people smoking pot. Just getting dumb, rolling a joint, giggling amid the book cases and the stately paneled walls. A lot of slumping and listing goes on. They’re young people, fresh-faced, they should be ready for life. But there they’re under the smoke, everybody like a marionette with the strings cut, and they’re taking in more smoke; and meanwhile they mug and guffaw like they’re pleased with themselves. All right, a fair call by Signor Antonioni. The pot corner could be a distressing part of the 1960s party scene, usually for the reasons shown here.

Wikipedia corner. Antonioni had a long, narrow face. So did Paul Lukas, the star of Watch on the Rhine, a 1943 melodrama about people of conscience who flee the Third Reich. Lukas won an Oscar for playing a good German who must decide whether to stay safely in exile or return home to help a fellow resistance worker. I suppose that’s how Antonioni looked when he saw the fiber-glass girls.