Film shouldn’t be holy, and we should have more, not less, Scorsese skepticism. 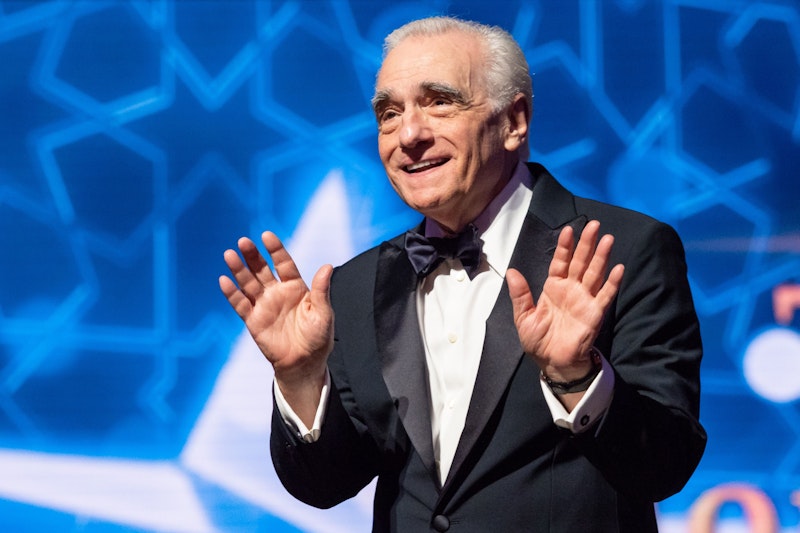 Last week, critic Sean Egan wrote a negative appraisal of Martin Scorsese’s work. He said Scorsese was self-indulgent and hadn’t made a good film since Goodfellas. Egan’s piece wasn’t great; I’m not a Scorsese fan, but this piece read more like a laundry list of random complaints (no soundtrack in Raging Bull; overuse of favorite actors like DeNiro) than like a considered assessment. So some guy wrote a mediocre takedown of a storied director. That doesn’t seem like news.

And yet, social media reacted as if someone had thrown a bucket of pig urine on the Pope. “It’s nuts how every other week, for years, some never was takes a giant dump on this nice old man making and preserving movies for like no reason,” one irate fan complained. “Don’t sweat some dumb article written like baby’s first YouTube review,” filmmaker Siddhant Adlakha declaimed. Even director Guillermo del Toro, weighed in. “The amount of misconceptions, sloppy inaccuracies and hostile adjectives not backed by an actual rationale is offensive, cruel and ill-intentioned,” he wrote. “This article baited them traffic, but at what cost?”

This is silly. Scorsese is among the two or three most celebrated and famous directors of the last 50 years. What exactly is “the cost” of someone questioning his position in the canon? Mediocre criticism is mediocre, but is film itself—art itself!—really threatened if someone, somewhere, occasionally dissents from conventional wisdom? Scorsese defenders—and defenders of canonical films in general—act as if you’re a philistine if you don’t like the same thing everyone else likes. They’d have you believe that they’re defending meritocracy. Scorsese is famous and celebrated, and famous and celebrated art is the best art. Right?

Not right. Everyone can think of examples of famous, celebrated work that they think is crap. Is George Will really an insightful writer, or is he a reactionary who stumbled into a lifelong sinecure? Is Jack Kerouac really a brilliant stylist or is his work, as Truman Capote said, not writing, but typing?

The certainty that the best work is the best-known work has a corollary, which is work that doesn’t become celebrated isn’t worthwhile, or justly forgotten. From this perspective, Scorsese is better known and more influential than Ken Russell, Alice Guy-Blaché, or Bill Gunn, because his genius is more overwhelming than theirs. Meritocracy is truth; cultural prominence is the best evidence of virtue, and to question that is to question the concept of quality itself. Maybe critical acclaim and cultural prominence has as much to do with luck as skill. Being in the right place at the right time, while being the right gender and the right race, is often as important as the content of one’s art. Scorsese benefited from being a man—until very recently, it was almost impossible for women to get the capital necessary to make major Hollywood films.

Scorsese’s also benefited from the way his work centered hypermasculinity and violence. While his movies often critique toxic male communities, he’s also fascinated by them in a way that fits into Hollywood empowerment fantasies and gender norms. In contrast, Ken Russell’s explorations of camp and queerness was met with critical bafflement or ridicule, while Elaine May’s skewering of male empowerment fantasies as passive-aggressive exercises in social humiliation was greeted with mild accolades and then ignored.

Scorsese isn’t a lesser filmmaker than Russell or May. I like Russell and May a lot more, but reactions to art are subjective. That’s part of why art is fun and interesting; it speaks to different people in different ways. There isn’t one truth. But the backlash to this silly article indicates that many wish art were math, and that there were only one truth. Del Toro and Adlakha speak as if questioning the canon is sacrilege or blasphemy, a threat to the holiness of film.

Film shouldn’t be holy, and if we need Scorsese skepticism to see that, then we should have more, not less, Scorsese skepticism. What movies might we appreciate more if Scorsese was no longer the standard? What filmmakers would become visible if the (very white, very male) New Hollywood mafia—Scorsese, Coppola, Spielberg, Altman, De Palma, Bogdanovich—weren’t taking up so much critical space? If you care about art and conversations about art, you should welcome different perspectives and different ideas of what film can be, or what it should be. Scorsese’s movies are often confrontational and intended to shock. His fans shouldn’t be so upset by criticism that shakes them up a little.