The Moral Emptiness of Hustlers

Perhaps there's a legitimate reason for the Academy snubbing a film the critics love. 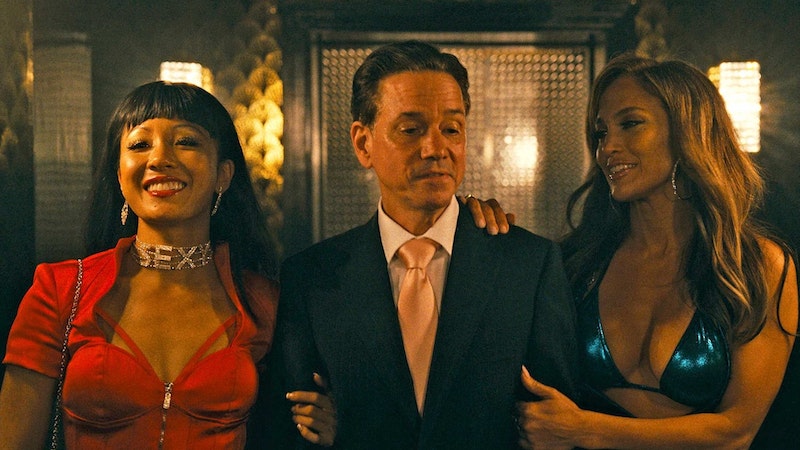 The verdict’s in, and Hustlers doesn't merit even one major Academy Award nomination, most notably a Best Supporting Actress Oscar for Jennifer Lopez for her charismatic portrayal of a stripper who runs a scam ripping off her Wall Street clientele and other well-heeled men. The 50-year-old actor's flashy performance in this critically-acclaimed film was initially perceived as a sure thing, but the buzz fizzled, much to the dismay of those who saw it as a demonstration of female empowerment. So what happened?

A quick clue that something's amiss with Hustlers is the disparity between the critics' score on the Rotten Tomatoes website—87 percent—and the audience score—65 percent. Such inversions often occur when political correctness is involved. Critics are easy marks for PC films, while audiences generally require more than nods to progressive politics to give their stamp of approval.

The politics of Hustlers allegedly involves feminism. The message is clear from the beginning when Janet Jackson sings, "This is a story about control. My control. Control of what I say, control of what I do. And this time I’m gonna do it my way." Ramona (Lopez) and her band of income-redistributing serial felons don't need men to gain control and "succeed" on a grand scale. This is where we're supposed to see the feminist message but, in fact, they do need men. Men must first earn their money legally so Ramona's crime gang can roofy them with MDMA and ketamine and take it from them illegally. Viewers are expected to see the gang as heroes, but where's the sporting aspect when they first render their victims insensate instead of devising an elaborate con with their wit and charm?

Hustlers is Robin Hood updated to reflect the progressive sensibility of 2019, except that the thieves don't give their criminal proceeds to the needy. They keep the booty for themselves. The film aspires to offer critiques of capitalism—specifically of Wall Street avarice—but sabotages itself with its celebration of the gang's high-end shopping sprees. The "good guys" are too enamored of Louboutin shoes, chinchilla coats, and designer handbags for us to believe they're up to something elevated.

It's not that this premise can't yield a quality film. Dirty Rotten Scoundrels (1988), starring Steve Martin and Michael Caine, worked, but the protagonists weren't drugging women to get access to their credit cards, pin numbers, and social-security numbers so they could max out their plastic and drain their bank accounts. Scoundrels offered comedy, not social commentary, but the bad guys at least showed some wit with their grifts.

The drugging reveals the moral bankruptcy of Hustlers. The message is that oppressed women are justified in turning the tables on their male oppressors, no matter how they do it or how broadly they define those oppressors. It resembles the nonsensical #BelieveAllWomen mentality in that all nuance is thrown out the window. A man roofying a woman to get what she denies him is a monster, but a woman behaving in exactly the same way, using her sexuality as bait, is merely empowering herself? That's a hard sell, but outside of the National Review and a handful of other conservative media outlets, misandrist feminism is acceptable to critics.

Hustlers’ director, Lorene Scafaria, doesn’t portray the marks that Ramona and her crime squad prey on as actual human beings whose families would suffer if its breadwinners were lured to a place where they could be drugged and robbed. She presents them as one-dimensional, subhuman losers who deserve what they get, which helps drive home a heavy-handed message but detracts from making it a morally defensible one.

If you believe that strippers who've been taken advantage of preying on bit players in the corrupt Wall Street machine the director envisions is the correct response, then Hustlers can work. But framed this way, it's a revenge film, not the more ambitious statement that Scafaria's shooting for. In order to realize her ambitions, the director would’ve fleshed out Ramona's motivations. Instead, Lopez's character comes across as little more than an unprincipled, reckless cipher whose morals fit in with the dark forces she's supposed to be fighting. Perhaps that's why we won't be hearing all about her gown on Oscar night.