The long-dead and unbelievably insane action producer's spirit lives on in the bananas Bad Boys for Life. B- 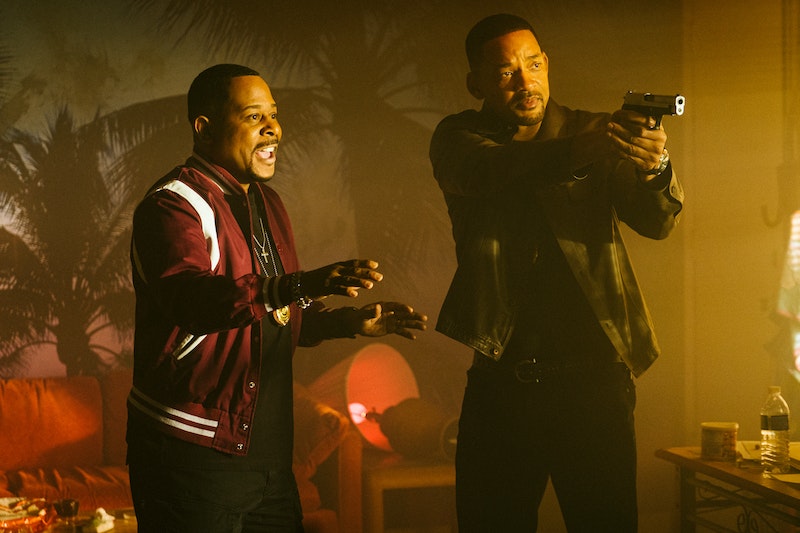 The first thing we see in Bad Boys For Life, the return of the Bad Boys action-adventure franchise after a 17-year absence, is the logo of Don Simpson/Jerry Bruckheimer Films. That’s the production outfit, from the super producers of those names, behind Top Gun and other high concept action hits of the 1980s and 90s, including the first two Bad Boys films. It's a company that hasn't existed since Simpson's death in 1996, but it's apropos that it gets credited here, because Bad Boys For Life is very much in line with the values and aesthetics of the producers' work.

The new film features some quality banter between original stars Will Smith and Martin Lawrence, whose chemistry was always the best thing about these films, the second of which was name-checked throughout the winning 2007 British cop movie homage Hot Fuzz. On the minus side, the action is choppy and incoherent, while the plot momentum’s sluggish. Also, the film approaches policing as though nothing had changed in police/community relations since 1995.

Michael Bay directed the first two Bad Boys films, but here he cedes the director's chair to the Belgian duo of El Arbi and Bilall Fallah, although Bay’s credited as a producer and even makes a humorous cameo. While the style and feel of the film isn't especially different from that of the previous movies, the story does make some concessions to age.

Bad Boys For Life doesn’t ignore that the 51-year-old Smith and 54-year-old Lawrence aren't their previous young selves. Lawrence's Marcus is a grandfather, while Smith's Mike is concerned with matters of mortality and legacy. One is shot, while the other flirts with retirement, but they're ultimately placed with an elite tactical team that includes the likes of Vanessa Hudgens, Paola Nuñez, and Alexander Ludwig, as an amusing character who's huge and jacked, but is actually a computer hacker. Also, on board are series holdovers such as Joe Pantoliano and Theresa Randle, and a cameoing D.J. Khaled.

But the biggest reason to see Bad Boys For Life is the two stars. Smith’s had a middling recent run in his career. His blue genie in the Aladdin remake was the worst thing about that movie, and he also flopped last fall in Ang Lee's Gemini Man, although he gave a successful vocal performance in last month's animated Spies in Disguise. As for Lawrence, he ended a years-long big screen layoff last year with a wild appearance in Harmony Korine's The Beach Bum, as a dolphin ship captain who has an unfortunate encounter with a shark. The two are clearly having a great time here back in their old roles.

But when it comes to policing and criminal justice, it's the same old Bad Boys. The cops kill people and blow up whole neighborhoods with impunity, while also engaging in aggressive, legally iffy surveillance. I saw the movie the same week that Apple was once again fighting with the government over whether they'll unlock a dead terrorist's iPhone; in this film, we see a hacker unlock an encrypted smartphone in seconds with a few keystrokes.

The action, though, is the most subpar thing about Bad Boys For Life. Not only are most scenes shot in incongruous extreme closeup, but the action scenes are unnecessarily choppy. In the final blowout, it's not enough that the film gives next to no spacial awareness, but there are even added flashing lights. I never thought I'd miss the steady filmmaking hand of Michael Bay.