The Worst Person in the World is the final word on my generation’s twenties, just as Lena Dunham's Girls was the first. 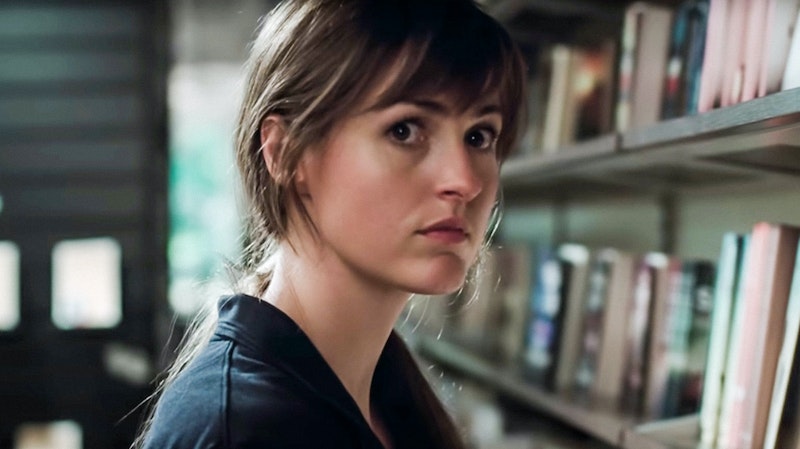 The Worst Person in the World is the last Millennial film, just as Girls was the first major work of Millennial art. Joachim Trier, director and co-writer, was born in 1974, close to Aksel (Anders Danielson Lie), who looks back on a relatively brief life of consuming culture through a collection of objects with only some regret. “This is no longer nostalgia…” Hitting a spent circuit for another jolt long past its burnout. Julie (Renate Reinsve) is the lead, and Aksel is one of two men she dates through the end of her 20s and the beginning of her 30s. Julie, much like Lena Dunham’s Hannah Horvath, doesn’t know what she wants out of life, and time’s running out. I love Dunham and Hannah, but I’ll admit most people will probably find Julie less annoying—far from it. Reinsve has played the final Millennial searcher, a woman who goes from job to job and potential passion to potential passion to lover to lover and finally lands somewhere just a bit higher than where she started; in this case, a still photographer on movie sets. A normal life.

Told in twelve chapters with a prologue and an epilogue (all separated by a harsh cut to black and silence that makes it more than a useless ornament), The Worst Person in the World hits every major pop cultural aspect of the 2010s in fast, concise, and clean style. The party’s over, the generational moment has shifted to Generation Z, and this movie is the final accounting of the decade when our generation was in its pop cultural prime. Downhill after 30 is an unspoken rule in so much of the world, and particularly for women, who more than ever struggle with the desire for freedom and the desire to have children. Watching The Worst Person in the World, I was reminded of so many conversations I’ve had with friends in the last couple of years, and the situations of other friends. If you’re a Millennial approaching or just past 30 and you don’t have your life together, approach this movie with extreme caution. Or run to it—it’ll get you in shape.

Julie’s path isn’t that dissimilar to Hannah Horvath’s, and her milieu is the same, just transplanted to Oslo—but it’s less messy, and everything here is crafted and delivered with such a fine touch and stellar writing that makes you forgive handheld photography. I excuse it here, because I’m riveted by what Julie or Aksel or Eivind (Herbert Nordrum) have to say, and how much this movie feels like a curtain call, but with no explosions or suicides or murders, just life and death, boring and disappointing as always. Save for a single chapter, we follow Julie, and Aksel and Eivind are lost in their own way, one making rude and lewd “adult comics” that get turned into major motion pictures (“It’s so been so sanitized and cleaned, I don’t know if I even want my name on it”); the other, just a nice guy that comes and goes.

But even the way Julie and Eivind meet, through a series of encounters that barely don’t count as cheating over one night, is gone through quickly and without lingering (and without much sentiment—I don’t mind when time freezes or frogs fall out of the sky, I love it). The film itself knows that time’s running out, and the main force driving Julie is her ambivalence about having children. Early in their relationship, she tells Aksel that there’s so much she has left to figure out before she can even consider having children. Aksel counters, “Most people don’t plan before starting a family, it just happens.” One morning, after the time-stopping sequence where she runs to Eivind at the bakery, she runs back to her apartment with Aksel and breaks up with him on the spot. “Do you have any idea what you’re destroying?” She doesn’t change her mind, and after hours of crying, screaming, and breakup sex, they part ways.

Julie’s relationship with Eivind is more easygoing, if only because he’s just as unmoored as she is, but slightly less ambitious. Julie just doesn’t know what she wants to do with her life. Aksel is self-important, and it’s important to note that he’s an “underground comics” artist, a form that really thrived in what would’ve been his youth. Aksel is the perfect Generation X symbol: bitter, self-righteous, stubborn, and lost in a new world, a member of the smallest living generation. And he dies young! Pancreatic cancer that spreads quickly, and as Julie visits with him, all he can talk about are things that meant so much to him throughout his life—books, movies, records—all of which has turned to dust. I’m just old enough to relate when he says, “When I close my eyes, I can see the aisles of Video Nova,” though swap it out for Tower Records or Virgin Megastore. Aksel roamed those aisles through his youth, adolescence, and early adulthood, and all of that stuff disappeared before I was a teenager. Julie is right around my age, and while she can’t relate, it’s obvious that this shit was worth something.

The Worst Person in the World isn’t a hopeless movie, nor a cold one, but it’s severe in its accounting of what happened in the 2010s, the decade when Millennials were in their market prime. The zeitgeist has shifted to Generation Z, and in just over two hours, Joachim Trier gives us the final analysis: “mansplaining,” #MeToo, phony spiritualism, the title itself, overwrought drug trips, indecision, ambivalence, and a pervasive feeling of being stuck. Julie’s expectations are diminished by the end, and she’s not unhappy, but when she sees an old friend (and Eivind) with a baby, the look on her face makes it obvious that this is a complicated ending. It’s hardly a happy ending at all, maybe if only because Julie survives. It’s a film that floored me, an excavation that scrapes it all and shuts the door on our generation’s 20s. It’s done.