Juno Kuosmanen's Compartment no. 6 is like a claustrophobic spin on Before Sunrise. 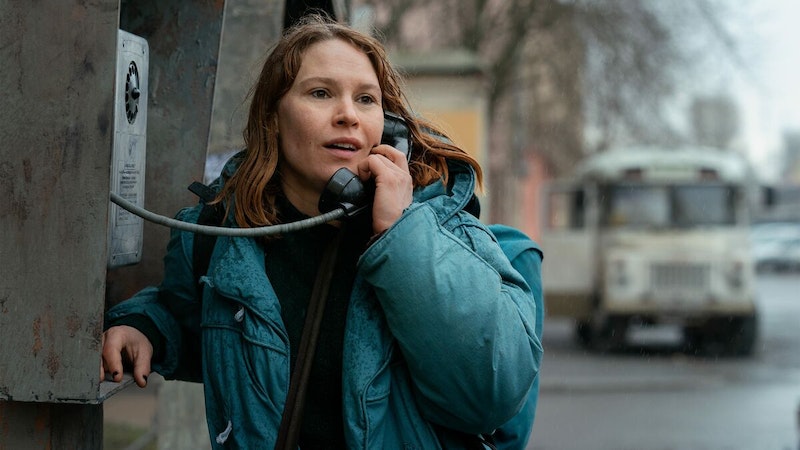 Compartment no. 6 follows two mismatched people on a long train ride, as they bicker and eventually bond. That's not nearly as boring as it sounds. This strong film resembles something of an international Before Sunrise, although more claustrophobic than cute. I wouldn't expect sequels, either. The film, set at some point during the Yeltsin years, introduces protagonist Laura (Seidi Haarla) at a sophisticated Moscow salon with her girlfriend  Irina (Dinara Drukarova), a party where she's looking uncomfortable. Laura’s an archeology student, set to leave on a long train ride across Russia to see some petroglyphs.

The strange journey isn’t from Milan to Minsk, but rather Moscow to Murmansk; Murmansk is near the border of Russia and Finland. While her romantic partner was to join her, the girlfriend begs off at the last minute. This leads Laura to share the titular small train compartment with a Russian brute in a quarter-zip named Lyon (Yuriy Borisov). He’s a miner who's drunk within seconds of his introduction. The story starts off as a both a personality and culture clash, with him drunk and surly and her visibly annoyed, but you won't be shocked to find they're getting along much better before long. It's not a pure romance like Richard Linklater's "Before" movies, but the bond’s believable.

Compartment no. 6 is a Finnish film, from director Juno Kuosmanen, best known for 2017's The Happiest Day in the Life of Olli Maki. The new film is based on a Finnish novel by Rosa Liksom, and it has a Finnish protagonist, but it's set in Russia. An award-winning 2021 Cannes debut that opened for Oscar eligibility late last year, the film is finally opening theatrically in several cities this week. Kuosmanen's direction is just as claustrophobic as the premise itself, at first creating a sense that these two are trapped together, although later opened up, especially once the train stops and the characters go different places.

I wouldn't get your hopes up for an American remake, although if that happened it would have to be set on Amtrak, with the main characters, respectively, a boorish Trumper and a hipster Brooklyn girl who supported Elizabeth Warren, with all of them constantly cracking jokes about Some Like It Hot.