The Imitation Game: A Decent Made-For-TV-Film

Hit hard by the death of 35mm film projection. 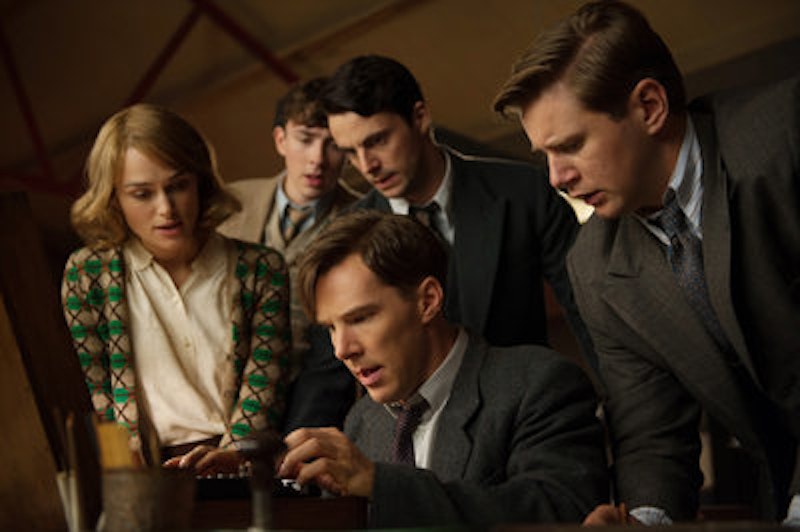 Seeing The Imitation Game on Christmas Day was the first time I realized film as a format had vanished. Just a few days earlier, I was surprised to read that Interstellar had a special limited release on 35mm film at the insistence of director Christopher Nolan. I had no idea 35mm was a novelty now. I haven’t been paying close attention to new movies besides seeing a few every month, and feel like I’m drifting further and further away from what made me love movies as a child; the life gets sucked out of the industry and the money is shifted to the safe options. Nothing I saw in 2014 went beyond its filing card in the eyes of the video store Netflix or On Demand: Force Majeure was the staid and chic foreign film about family dynamics and dysfunction in a frou-frou ski resort; Nymphomaniac was less stimulating and meaningful than most shampoo commercials. Even Lars Von Trier’s misanthropy took the year off and mailed this one in; I don’t remember what else I saw. There were good movies, I wrote about some, but the stakes are so low now.

I remember hearing Quentin Tarantino talk about the impending death of 35mm and how digital projection isn’t different, it’s 100 percent not the same experience at all. This was maybe six or seven years ago. Lamenting the loss of flicker rates seemed silly then, like aggressively evangelizing for FLAC: it said more about your grasping for something to care about than any passion or enthusiasm for music or film. Those people will always be around, but Tarantino’s point about the phenomenon of 35mm projection being intrinsic to the art of film is plain to see at every theater in the country. Digital projection is a dead format. 35mm is literally combustible (I’ll never forget the reel jamming five minutes before the end of The Last Samurai and watching Tom Cruise melt on bended knee. I thought a fire had started and tugged to get going). I used to count the cue marks in the upper right hand corner to pass the time in crap movies, and the decent ones were a reminder that all good things must come to an end. I can’t remember the last time I saw cue marks.

The loss of the sensorial life force of film just happened to coincide with a loss of interest and lack of enthusiasm for one-and-a-half, two-hour movies over television series that are either drawn out over several years or available instantly in 13-hour rocks of pure content ready to be binged on. That lack of excitement becomes a self-fulfilling lack of support, and I see nothing but safe choices, at the art house and the multiplex. It’s not anyone’s fault, it’s not even the impersonal market’s fault; it’s just the way things worked out. So The Imitation Game was a fine movie, an A+ TV special, but completely surface level and full of hackneyed and boilerplate dialogue cues and an arc that leaves nothing to the imagination, despite the enormously interesting and unique life of its subject, Alan Turing. Benedict Cumberbatch does an excellent job with what he’s given, a totally by-the-numbers script and an approach with absolutely no aesthetic sensibility or identifying characteristics: this feels like a movie made by an algorithm. The Imitation Game is symptomatic of everything that’s gone wrong with movies in the last couple of years, and proves that no film or story, no matter how good, is safe from being made with kitty mittens, and shown in a way that doesn’t affect our brains like film as we knew it did.