The horror, the horror

Kath & Kim was the nadir of modern television comedy, and dang proud of It. 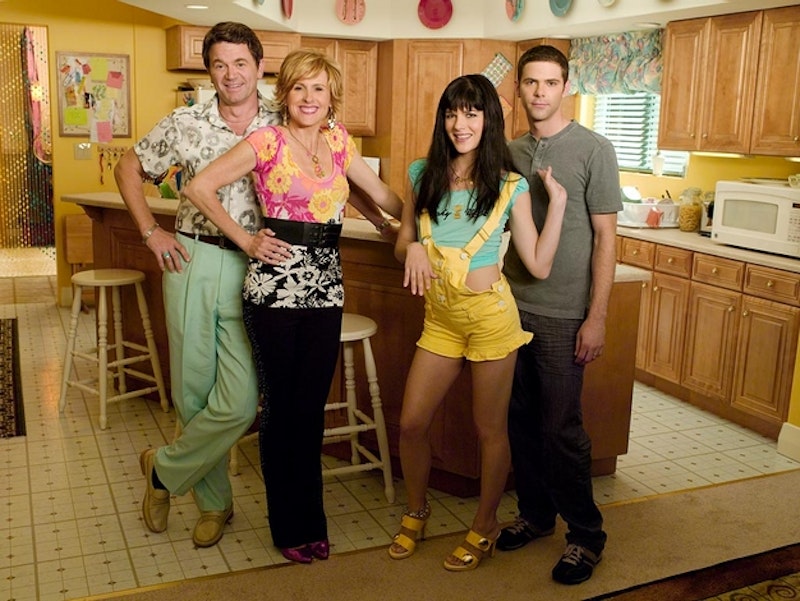 The history of television is littered with abortions, sudden-infant death victims, yearling series struck down by some fatal combination of bad scheduling and bad timing. Promising prospects Boomtown and Dirty Sexy Money were felled before they could truly hit their respective strides. Post-Friends Matt LeBlanc vehicle Joey and Golden Girls spin-off The Golden Palace limped along for nearly two seasons before network execs led them to the glue factory. Corporate suits kneecapped Law & Order: Trial by Jury before the body of deceased star Jerry Orbach could enter into rigor mortis; Southland croaked on NBC only to be miraculously resurrected, shortly thereafter, on TNT.

Kath & Kim, which ran on NBC from October 2008 to May 2009, was unique among short-lived series in the sense that it was fragrantly, almost desperately terrible, egregiously repellent in an almost Married…with Children way, except somehow worse. (My Name Is Earl is probably a more contemporary example, but that show didn’t seem to sneer at its characters.) When I was growing up, Children was one of those shows that white kids either refused to watch or weren’t allowed to watch, yet was beloved by myself and every other African-American kid I knew; the Bundys were generally considered “white trash.”

The core idea was that on this particular comedic ship, everybody was a bona fide fool: Kath’s a delusional dreamer, Kim a couch-potato, television-addicted waster prone to inhaling entire bags of Doritos without even realizing it, Phil and Craig deeply overconfident as to the extent their innate hipness, if in vastly different ways. Each was assigned a few recurring quirks: the title characters’ eye-raping, fashion faux pas frocks, Kim’s grammatical crimes, Phil’s awful puns and too-short shorts, Craig’s trotting out of stale urban vernacular. The couples’ statuses mirrored one another: Kim and Craig were separated and always on the verge of divorce, while Kath and Phil always seemed like they were about to tie the knot.

Written into scenes together, all of these characters—and the actors who played them to indigestible perfection—spelled prime-time poison. In Kim, Blair, whose run of slimy, scheming, sullen, or otherwise reptilian secondary characters is breathtaking, found her ultimate role: a pouty, pampered twentysomething-as-teenager louse able to manipulate loved ones and skewer her father-in-law without lifting or chipping a lacquered fingernail. Higgins brought Nike CEO namesake Phil to cloying, smarmy life. And Shannon—a former Saturday Night Live MVP who deserves a more explosive career than she‘s got at this point—lucked into a chance to flex subtle comedic muscles.

Kath & Kim was one of those half-hour shows where extra commercials and commercial breaks were added, with the effect being that the actual show lasted about 12 minutes—even though it seemed to run twice as long. The show’s mawkish pace, the sense that it was chuckling cruelly at its characters, its general ludicrousness, and its willingness to flaunt its script-embedded shout-outs to advertisers like Facebook made Kath & Kim seem like a reckless lark, a bird flipped in the face of palatability.

It takes nerve and pluck to calibrate a show in such a way that viewers are mystified as to how it stays on the air week after week, but everyone associated with this particular enterprise went out of their way to raise a bigger question: “How is it possible that NBC isn’t cutting this show off mid-episode, just cutting its losses and blowing town?” That freewheeling implausibility was part of the thrill of watching Phil toodling around in his Smart Car or Kim and Craig plotting to breed dogs for cash or Kim going to work at Phil’s sandwich shop and playing her co-workers like marionettes, because you were simultaneously awaiting the stage-left introduction of Vaudeville hooks.

Those hooks failed to materialize, of course, but guest stars like Wynonna Judd, Maya Rudolph, and Pamela Anderson did, lending this already surrealist suburban tableau an extra painful tinge of fuck-you pay-me. All of this can be yours, for peanuts—almost 60 used or slightly-used copies of the first and only season of the show are available on Amazon.com, and new copies aren’t much more expensive—if you need a reminder of just how nonsensical, illogical, and perversely Darwinian American television programming can be.