At least the 40th President makes more sense on the big screen than on Mt. Rushmore. 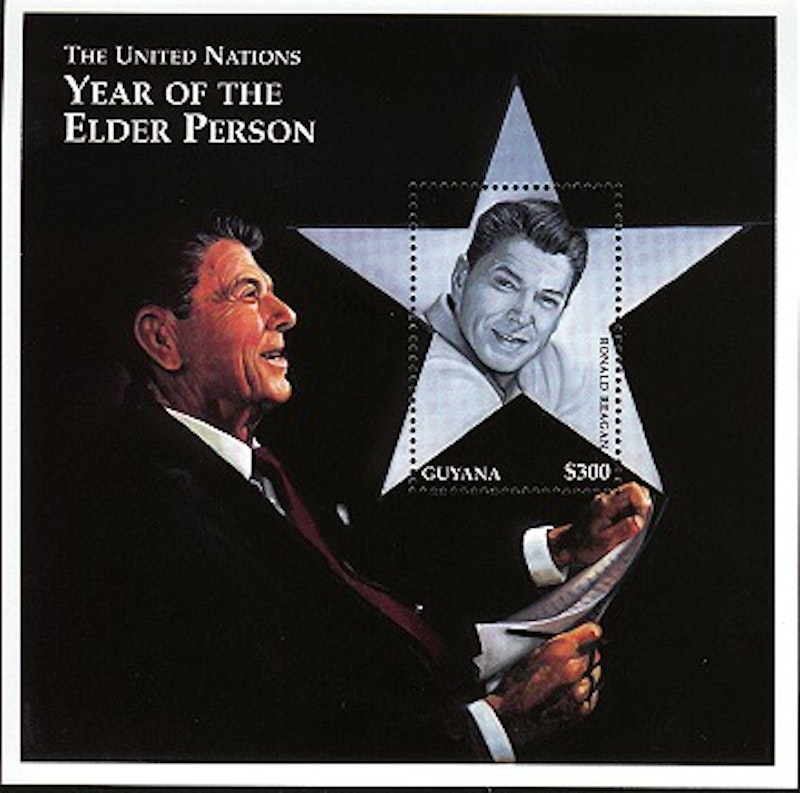 Various levels of surprise are possible in response to yesterday’s Hollywood Reporter story about the big-screen biography of Ronald Reagan that’s in the works. Biographies about American presidents not named Lincoln, Kennedy or Nixon are usually losing propositions (anyone re-watch 1944’s Wilson lately? Or, for that matter, Oliver Stone’s W.?); the very concept of a Reagan movie seems anathema to the enduring misperception of Hollywood as a bastion of unreconstructed liberalism; and, depending on your point of view and/or age bracket, everybody either already knows the Reagan story or is too Grand Theft Auto-addicted to care.

But what’s not surprising in the Reporter story is that the minds behind it—including co-producer Mark Joseph, whose credits range from Ray to The Passion of the Christ—view their project as a corrective to the 2003 mini-series The Reagans. “Only in Hollywood could you make an insulting, condescending movie about a much-loved historical figure, hire an actor who loathes the man, watch it flop and then somehow conclude that Americans don’t want to see a movie about him,” Joseph says.

That few remember anything about The Reagans (in which James Brolin gave a not-bad performance), beyond the right-wing outrage that intimidated CBS into moving it to Showtime is itself a testament to just how bland and unmemorable the mini was.

The new Reagan movie, if made, will become a political football. Republicans largely still view the man as their last true saint, the titan who singlehandedly brought down Communism (well, except for China and Cuba, but still), exterminated the “malaise” of the Jimmy Carter years, and brought untold wealth to Americans everywhere. Democrats and other naysayers usually maintain that Reagan was all smoke and no substance, that the USSR was already crumbling, and that most of us are still paying the price for what RR’s future vice president George H.W. Bush once derided as “voodoo economics.”

Even if the Reagan film paints the man as Jesus Christ reborn, however, that’s still preferable to some of the other latter-day efforts at turning him into Saint Ron. Having already added his name to Washington National Airport in 1998, there are still true believers who’d like to see Reagan replace FDR on the dime—nonsensical on a number of levels, and opposed by no less than Nancy Reagan herself—or at the very least have him chiseled onto Mount Rushmore (a spooky rendition of which can be seen here.

Expect these arguments to return if the Reagan movie makes it into theaters, much as Stone’s JFK brought all the assassination conspiracy theorists out of the closet for another go-round. Especially if the filmmakers move with enough alacrity to take advantage of the much-predicted GOP upheaval in Congress this fall. In the meantime, The Reporter is conducting an online poll on who should actually play Ron. The choices include Joseph Gordon-Levitt, Chris Pine, future Spider-Man Andrew Garfield, James Franco, and gravitas-exuding Zac Efron.