Wherever Kimble ends up, he remains the same person—a man who wants to help those in need. 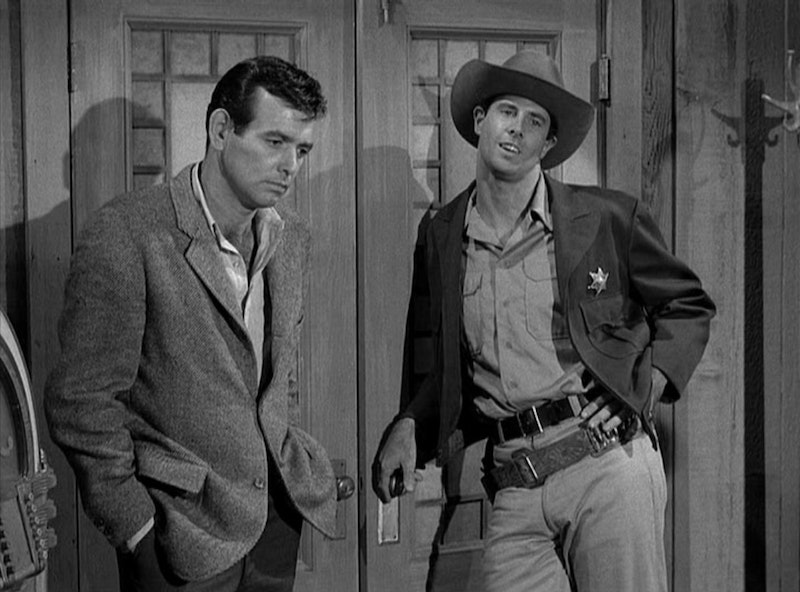 The TV series The Fugitive (1963-1967) is now available on YouTube. It's the story of Richard Kimble (David Janssen), an M.D. falsely accused of murdering his wife who escapes while being transported to death row after his murder conviction. Finding the one-armed man he saw running from his house on the night his wife was killed then becomes his obsession as he forcibly assumes the life of a drifter working odd jobs to survive. Janssen's so skilled at giving his character the appropriate haunted look that only when he breaks into a rare smile is the viewer reminded that the doctor used to live a normal life as a respected citizen.

Kimble was a decades-old precursor to what's now called a "canceled" person. The legal system canceled him, and the public bought it—another reminder that people have little concern for anyone once they've fallen from grace, regardless of the facts. One of Kimble's main antagonists, Lt. Philip Gerard (Barry Morse), relentlessly pursues an innocent man, even though he has doubts about the accused's guilt. Beating the doctor at their cat-and-mouse game is all that matters to him.

Janssen is compelling in his restrained, stoic portrayal of the "wanderer-hero" archetype that harkens back to Homer's The Odyssey in 675 B.C. Greek hero Odysseus was on a dangerous, 10-year journey back home to reunite with his wife, Penelope, after fighting in the Trojan War. Kimble's on a treacherous trip home to reclaim his life and his freedom, but he must take a circuitous route, during which he finds himself embroiled in a variety of picaresque situations. It's the perfect set-up for a TV series. There's continual movement towards an event (Kimble finding the one-armed man) that's at the heart of the plot, but often not central to the drama of any particular episode. Rarely does the doctor travel to a place where he thinks he can find the one-armed man, but he needs a reason to drift for the show to work. Once the hero resolves his situation vis-à-vis the one-armed man, the story's over.

The heartbeat of The Fugitive is the drama Kimble encounters in every town he drifts into as a prince disguised as a pauper—an altruistic enigma destined to hit the road again as soon as he solves a moral dilemma. The doctor faces a Sisyphean task. Unable to stay in one place to build on the goodwill he's earned, he must continually travel elsewhere and start all over again. As he acknowledges in one episode, being lost, lonely, and unhappy is "the human experience." The absence of self-pity adds to Kimble's heroic appeal. He was once an established, positive force for society, and while circumstances have transformed him into a roving catalyst for quick change, his inner self remains intact.

Women are attracted to Kimble, for obvious reasons, but it doesn't end well with them. It's his fate to remain a friendless fugitive in pursuit of his nemesis. Simultaneously, Kimble becomes the increasingly obsessed Lt. Gerard's own Moby Dick. As this is an extended morality tale, the detective pays a personal price (marital problems and a loosened grip on his sanity) for hounding not just an innocent man—Kimble's a virtuous, even Christ-like, man. With his blind obedience to authority steering him away from natural justice, Gerard is persecuting a man who he could’ve chosen to help; therefore, he must be punished.

Wherever Kimble ends up, he remains the same person—a man who wants to help those in need. It's those around him who're transformed. In the second episode, for example, he teaches a young girl who's a habitual liar the error of her ways, and bluntly instructs a young female teacher who feels mistreated by small-minded people in her small town that she must abandon self-pity and stand up for herself. The fugitive's advice to the teacher reflects an underlying message of the entire series, which is that petty minds (like those of the jurors who convicted him) are going to persecute the innocent, who must then respond by fighting back, regardless of the effort it takes.

Unlike many fictional mavericks, Kimble isn’t weighed down by bitterness, contempt, or excessive self-regard.

He's a pragmatic, improvisational survivalist—quick on his feet, elusive, and adaptable to new environments. The Fugitive can be seen as an update of Victor Hugo's Les Miserables. Like Inspector Javert in relentless pursuit of ex-con-turned-do-gooder, Jean Valjean, Gerard won't cut Kimble a break, no matter how many good deeds he does. The disgraced doctor's ever-present virtue and integrity serve as constant amplifiers of his tragedy. This is the story of a spiritual quest presented as an adventure tale. As a spiritually-evolved man, Kimble is in the world, but not of it, meaning that not even continual persecution can rob him of the kind of freedom he's determined to maintain.

This program represents a major television achievement. Its finale had the highest ratings in the history of TV at the time. While The Fugitive could get mannered and melodramatic, and the storylines were sometimes predictable, it still holds up today, in part because of Janssen's performance. That was a time when TV characters could be presented as passing every moral test they face, but the saints have disappeared. We're now asked to like characters despite their constant moral failures.