The Final Failure of the Body and Mind 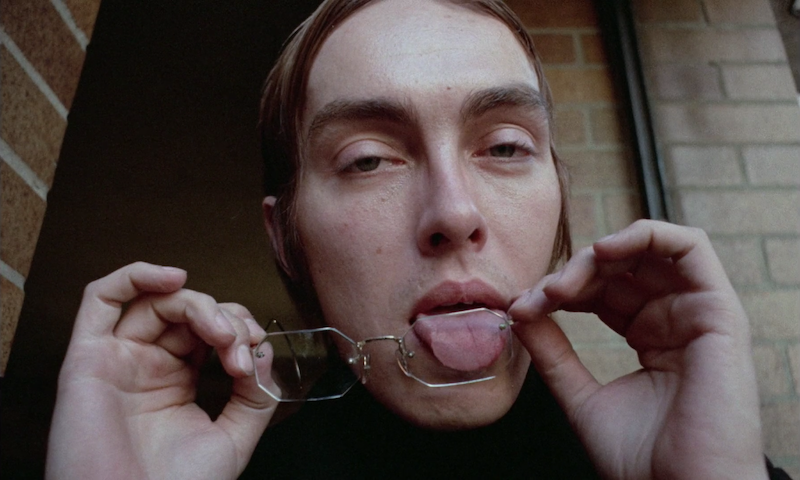 I tend to let circumstance and whimsy direct the course of my life, which is how I became aware of David Cronenberg’s 1970 film Crimes of the Future. Unlike some of the other filmmakers I like, Cronenberg does miss, and I’ve been working my way through his filmography haphazardly and without the sense of urgency that has come with some of my other explorations.

The pacing of Crimes of the Future, only 62 minutes long, is so slow that on my first attempted watch, 12 minutes seemed to stretch into 45 and I was falling asleep on my couch. The only speech comes from a voice-over by the film’s main character, Adrian Tripod, a dermatologist at the House of Skin in some barren, pandemic-ravaged future. The sequence of events is hard to discern, and ultimately it was good that I had to abandon my first attempt due to sleepiness so I could try again later.

But this movie is worth watching. One of the first things that struck me was the superb sound design: Crimes of the Future was shot silently, sound-tracked only by the voiceover and supplemented by divine, demented, and occasionally musical sound effects with long periods of silence stretching in between. Undoubtedly, this contributes to the movie’s crawling pace, but it also establishes the unsettling and empty world in which these men live. Only men are present in this world, and as the movie progresses, it’s revealed that the disease ravaging the population disproportionately affects women, killing the majority before they’ve reached sexual maturity. The women are all dead, and the remaining men are ailing or insane.

We follow Adrian Tripod throughout this world as he switches between various esoteric medical professions, with his patients either dying or Adrian finding himself unsuited to care for them. At one of these specialized institutes, we meet a former colleague of his who’s contracted an STD which makes his body produce mysterious, unique, and extraneous organs which have to be constantly removed—the only echo of Crimes of the Future ‘70 which appears in Cronenberg’s film this year of the same name. We only meet this man in passing in Crimes of the Future ’70, and he’s as doomed as everyone else; however, in the 2022 film, the man whose body is over-producing organs is our focus, his existence indicating the next step in human evolution—optimism vs. pessimism.

Along with the sound design, the film prominently features Brutalist architecture as setting, both interior and exterior. All exterior shots are overcast and gray. These men are living in a cold world with no hope: although these brutalist buildings may offer aesthetic pleasure, they offer no comfort or warmth to the men who navigate them.

Crimes of the Future ‘70 is Cronenberg’s second feature, after 1969’s Stereo. Although still amateurish, the preoccupations that permeate his 50-year career are already on display. In Adam Nayman’s New Yorker profile on Cronenberg, the director says about his latest film, “People will say, ‘Oh, he’s back to body horror; he’s doing the same stuff he always did,’ but it’s never changed for me. My interest in the body is because, for me, it’s an inexhaustible subject—and of the essence of understanding the human condition. You will forgive me if I repeat myself. It’s just that these things are still true.”

In the first Crimes of the Future, bodies break apart, foam, generate new organs, and rebel against those who live inside them. The final failure of the body is also a failure of the mind. How often it feels like the mind is a prisoner of the body—it’s easy to forget that the two are far more codependent than we like to think. Critics will say this movie sounds good on paper but is torture to watch, but they’re missing the point. The film is slow, but as an amateur director, Cronenberg still manages to develop a new, complete world and perfectly support it through the limited visual and aural means available to him.