The F-Bomb - The Eye of the Beholder

Audiences gave this film an F on Cinemascore upon its release in early 2000, but the unclassifiable genre mash deserves another look. 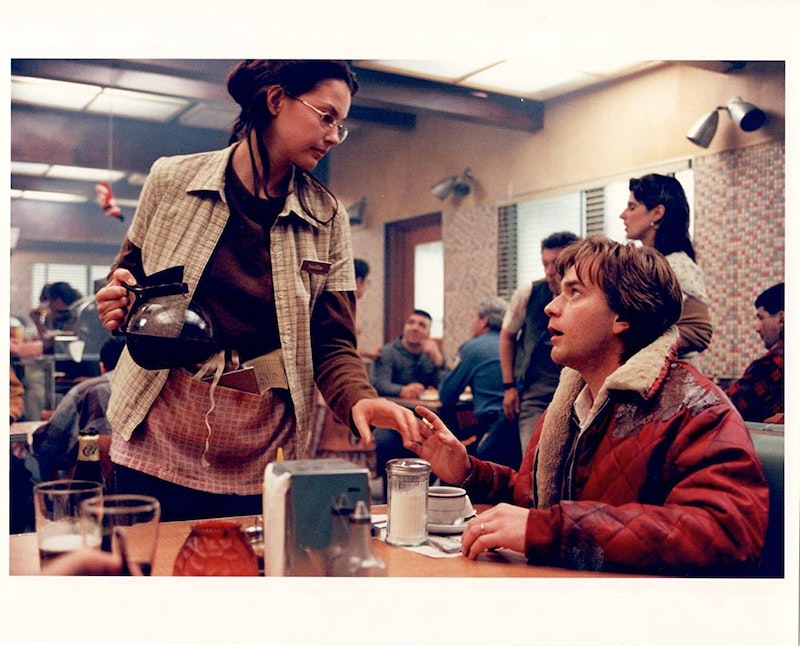 There were 31 movies in the history of Cinemascore that were given an A+ before the first F-bomb ever came out. If the highest grade given by audiences in the film’s opening weekend indicates anything, it’s that the Cinemascore is not just based on marketing: it predicts and then cements the popularity of the film amongst the audience. Pick any entry listed before 1999 that earned an A+ (ET: The Extra-Terrestrial, Die Hard, Forrest Gump, Beauty and the Beast) and you’ll find that influential commercial classics.

A+ movies are usually comfort food. Most have a straightforward and sentimental narrative appealing enough to grab a mass audience and remain in theaters for much longer. Some will go on to enjoy awards prestige, while others will simply have greater box office returns.

Receiving neither is The Eye of the Beholder, which starred Ewan McGregor and Ashley Judd.  the first-ever film to be graded an F on Cinemascore by opening weekend audiences. It opened in the U.S. at $6 million, surprisingly topping the box office for the weekend of January 28-30, 2000. That same week is followed by Next Friday, The Hurricane and Stuart Little. It was a January release, and a flop, overall grossing at $17 million against a $36 million budget.

The Eye of the Beholder is the work of Stephan Elliott. You may recognize him as the man of Priscilla: Queen of the Desert, a movie about a trio of Australian drag queens going on an road trip in the outback. It was a really likable and witty film about a group of men, whose identities criss-cross with their professional lives as cross-dressing entertainers. Elliott directed two other films within the country’s film industry, including Frauds, starring Phil Collins.

Eye of the Beholder is a British-Australian-American production that has a glamorous cast, including Ewan McGregor, coming right off as Obi-Wan Kenobi in The Phantom Menace. McGregor plays an intelligence agent (aka “The Eye”) who is hired by a billionaire to monitor (spy on) his mischievous son. That guy is then murdered by a serial killer named Eris (Ashley Judd), goes across the US to maim every man she encounters, from top policemen to regular bar patrons. The Eye follows her, becoming infatuated with her when he discovers that she was abandoned by her father as a child, as well as helping a blind man at an airport. (He also has issues looking after his daughter, who we see being in the backdrop of his missions). As he sees a good life with her, The Eye goes to great lengths to prevent her from killings, which means his downfall.

Whenever a film was graded poorly by Cinemascore, it usually would succumb to lousy marketing or studios having little to no clue what to do with the film. Unlike other F-bombs, the trailer for Eye of the Beholder does not mislead nor underplay its tone. What it does, however, is present this as a thrill-seeking adventure that’s cat-and-mouse game-cum-hopeless romantic drama. Just the outline of the plot alone would have made the film far appealing. McGregor and Judd are appealing by their looks, and their performances do capture the urgency of their missions. Yet their characters could not be further apart, and this makes it difficult for any natural chemistry to occur between them. That’s also because their characters are thinly written and their decisions make little logical sense. Does The Eye need to protect her at every cost, and if so does the relationship have to be vastly distant.

Which brings us to its messy narrative. There are three character routes that are possible to become an intriguing balancing act if the film ever played their cards right. First is The Eye’s romantic pursuit for Eris while professionally hunting her down, then there’s his relationship with his young daughter. There’s little intrigue upon these threads because of an unequal investment among them. That the film wishes the audience to believe that there is any good in McGregor’s character as The Eye, does not feel to have any tangential power, or any urge to control the people he targets. It’s hard to believe he is even capable of looking after his daughter.

The lack of agency in Eris was a critical turnoff, even though it would be better to argue that it’s about as beautifully written as The Eye. Jonathan Rosenbaum from the Chicago Reader called it “as misogynistic as I’ve seen in ages,” while saying that it evoked Hitchcock in a way that it could be given a pass to a director more famous than Stephan Elliott (like De Palma, who is mentioned in Rosenbaum’s review). That’s where this notion of homage comes in when she is picked up by a heroin addict, who is more threatening to her than all of the men she murdered. But the direction of that scene doesn’t remind me of something that Hitchcock would direct. The character is so stagnant that her role as the object of attraction feels like an afterthought.

If the film has failed with opening its audiences, it’s because the narrative is a mess, confusing, and overwhelming in its boredom. The Eye of The Beholder would set a standard for future Cinemascore failures as the first and the most wretched film of the bunch. It left theaters after one or two weeks.