Every Day I Die

Amy Seimetz’s She Dies Tomorrow is an anxiety movie rendered inert by the pandemic. C 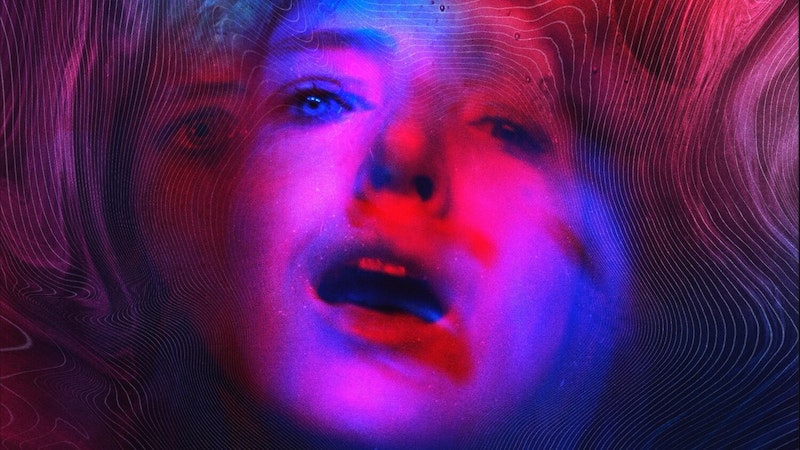 She Dies Tomorrow, a new film by Amy Seimetz, is one of the only releases to get excited about in American movies right now. The biggest exhibition story of the year, if not the next 20, is the end of the 1948 Paramount Consent Decrees that prevented studios from owning and running their own theaters. No longer could Paramount or Fox or MGM block book movie houses and keep every last cent. With television around the corner, the movie industry barely survived the 1950s, beleaguered by decreasing interest and lower profits.

Gimmicks like 3D (or William Castle’s more elaborate and esoteric hooks, like “The Tingler”) and innovations like CinemaScope kept people coming to movies and the American dream machine survived. If the only way forward for exhibition is Disney-owned theaters that only play films for children between the age of four and three months in utero, and Netflix theaters that cycle through their half dozen marquee releases with some additional garbage, and art houses and revival theaters that will barely hang on anyway—well, it’s better than no theaters at all.

As with everything new I’ve watched at home first this year, I wish I could’ve seen She Dies Tomorrow in a theater—for its night scenes, strobing lights, and its bubbling, almost inaudible soundtrack (including a surprising and welcomed use of Cate Le Bon’s “Daylight Matters”). Seimetz’s film is getting more attention than it otherwise would, because it resonates with the COVID era: empty streets; long stretches of quiet dread punctuated by intense stabs of music, subliminal images, or title cards; and most obviously, people alone in their homes losing their minds.

Adams’ performance is hilarious and dynamic in a way that the rest of the film isn’t. She Dies Tomorrow is a leaden film, sluggish at only 84 minutes, and all it really succeeds in is constantly putting the viewer on the wrong foot. It kept me guessing—not whether or not these people were going to die, but if I liked this movie at all. Everyone else in the film is beyond wooden, closer to petrified: Jane wanders to her brother’s house like a housewife overdosing on diet pills.

She spoils her mean sister-in-law’s birthday party and sours everyone’s night when she insists she’s going to die tomorrow. Soon her brother, his wife, and their friends are caught in this whirlpool of anxiety. But Adams is the only one who feels like a real person—everyone else in the scene has a cold, uncanny detachment, as if imported from The Sims or a Tim & Eric casting call. Whether this is an affected expression of clinical depression or a poorly directed film, once again, I can’t tell.

Tunde Adebimpe and Jennifer Kim play a couple who drive from that party to a hospital where they unplug the former’s father from oxygen. “I should’ve done this for him a long time ago,” he says. “I was only staying with you because your dad was dying,” she says. “I mean, I was going to wait three months, not to be an asshole.” He understands: “We were never going to last anyway.”

The way Amy’s initial premonition of doom mutates and manifests differently in people is only one of the interesting paths left unexplored in She Dies Tomorrow, which never goes beyond its initial premise, really a rather jejune and banal metaphor for anxiety and panic attacks. If society, the government or popular culture is to blame in any way, Seimetz sure doesn’t let us know. We see bits and pieces of a romance that ended violently throughout the film—Amy and Craig (Kentucker Audley)—and if this is the origin of Amy’s death dread, we’re left hanging. I caught Justin Chang reviewing the film on NPR a couple weeks ago, and he, like many others, emphasized that while She Dies Tomorrow was made “pre-pandemic,” it has a resonance with the “unprecedented” moment we’re in. A lot of the reviews for She Dies Tomorrow go like this, and I think it’s completely the other way around.

This is a movie of pre-pandemic dread. That anxiety has nothing to do with the immediate panic and urgency of the situation we’ve been mired in for nearly six months in the United States. It’s depressive anomie, nameless faceless certainty that doom and death are on their way, but they never really approach, and their forms remain unknown. This is completely different from dealing with an emergency where you know roughly what to do and what not in order to stay alive. Living in COVID-era America has alleviated my anxiety because my internal pitch of horror and chaos has finally been met by the external world. I’m in the same position as Seimetz’s characters: everyone in She Dies Tomorrow would be working from home right now.

I understand the panic disorder Seimetz is exploring here. Usually a hair-of-dog approach to movies and music works for me—“as long as movies are sad, life must be happy.” But this is a miserable experience, not only because it never goes beyond its premise, but precisely because of how dated it feels. This kind of anxiety disappears in a pandemic, and it’s even less interesting than it might’ve been when we still felt a nameless dread. She Dies Tomorrow is about materially comfortable people in the First World who nonetheless feel empty, unfulfilled, and scared. It is about living life on autopilot in a country set at the edge of a precipice. Well, we know what the fall looks like now. I’m not curious about the cliff anymore.