Spree is a Screaming Success

Eugene Kotlyarenko has made the definitive movie satire about Internet fame and infamy. A- 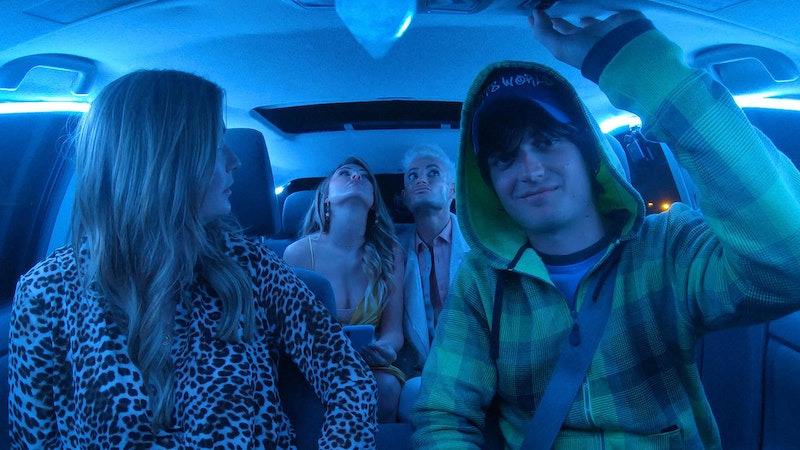 It's hard to pull off satire these days, and even harder to do it in an original way about subjects like social media influencers, the gig economy, and impotent young white male rage. Many have tried—like Joker, Cuck, and other attempts at making a modern-day, social-media-era answer Taxi Driver—but most have failed.

But with Spree, the unheralded indie director Eugene Kotlyarenko has succeeded in making a film that, for once, isn't didactic or obvious. Spree, a Sundance debut that's coming out Friday on VOD and in a smattering of theaters, is the film that the biggest fans of Todd Phillips' Joker think Joker was.

The film stars Stranger Things actor Joe Keery as Kurt Kunkle, an aspiring social media influencer who drives for an Uber-like ride sharing company called Spree, tricking out his car with cameras to live-stream his ride to a tiny audience of followers.

On the day of the film's events, Kurt decides he's going to "go viral," by going on a daylong killing spree in his ride share vehicle. How does he get away with live-streaming a series of murders, in Los Angeles, in broad daylight? Once again, he has almost no followers. A more popular influencer would’ve gotten caught almost immediately.

Throughout the day, Kurt picks up and confronts a series of characters, including his junkie DJ father (David Arquette), partiers (Mischa Barton and Frankie Grande), a bro comedian (Kyle Mooney) and another comic (former SNLer Sasheer Zamata), who emerges as the movie's second lead.

Spree takes the form of what the livestream would look like, with commenters and incoming video calls. This sort of gimmick almost never works, but here it feels authentic, thanks to the smart script and Keery's off-kilter performance, which is a considerable stretch from what we’ve seen from the actor on the popular Netflix show.

The film's ending is inspired. If you've ever watched a movie and wondered how the news media might report on that film's events, Spree does just that, from The New Yorker to Vulture to 4Chan.

Back in 2015, the director of Spree, Kotlyarenko, made A Wonderful Cloud, a delightfully weird little romantic comedy in which the director starred alongside his real-life ex-girlfriend Kate Lyn Sheil, who's currently starring in the acclaimed She Dies Tomorrow. That film, while it had a very different tone, also consisted of its protagonist making a series of visits to strange characters throughout L.A.

Kotlyarenko directed another film, Wobble Palace, in 2018, in which he starred along with Dasha Nekrasova, best known as co-host of the Red Scare podcast. But with Spree, he's topped himself, finally making the definitive satirical movie about Internet fame and infamy.