The End is Built into the Beginning

Endings, Beginnings is another solid effort from director Drake Doremus. B 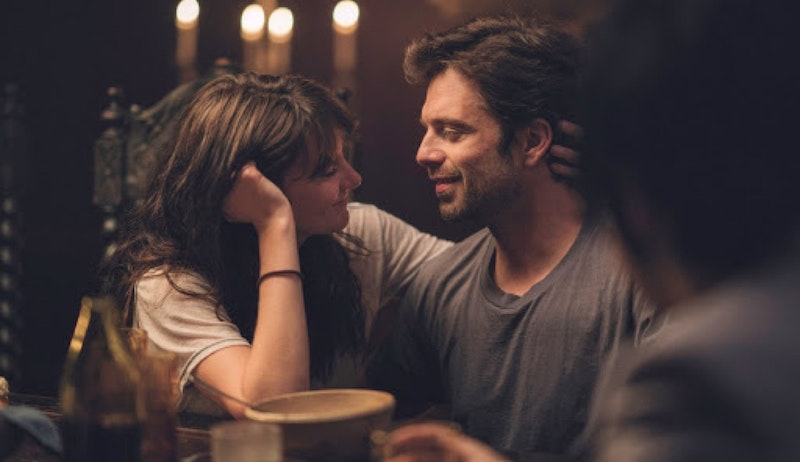 Doremus is best known for 2011's Like Crazy, a film I've never loved, although it was one of the better on-screen turns by the late actor Anton Yelchin. Doremus went on to produce Love, Antosha, last year's outstanding documentary about Yelchin's life, which was directed by Doremus' longtime editor Garret Price. Now, the director has returned with a new film, Endings, Beginnings, this time focused on a young woman. It's also considerably superior to Like Crazy, even if it does make many of the same mistakes.

Endings, Beginnings, co-written by the director and Jardine Libaire, comes out on digital this week and VOD May 1. The film, which debuted at TIFF last fall, stars Shailene Woodley as Daphne, an aimless woman who, following a bad breakup, moves into the pool house of her married sister (Lindsay Sloane).

Daphne, following hazily explained recent events, vows to abstain from both drinking and dating for a period of six months, but that doesn't last long, as she soon falls into a love triangle with a pair of men (Fifty Shades' Jamie Dornan and Captain America's Sebastian Stan) who happen to be best friends.

As established in scenes Daphne has with her sister, with her mother (Wendi Malick) and with her art class/quasi therapy group (led by Kyra Sedgwick), the character is aimless and adrift, the way movie characters typically are in their early-20s. Daphne, though, is pushing 30. The film is about her quest for self-actualization.

The relationships she has with the two very different men are depicted in both scenes and uniquely-fonted text messages. Dornan's Jack is a writer, and something of a mature grownup, while Stan's Frank is a seemingly unemployed hanger-on with musicians, who's considerably needy.

The film establishes, in a subtle way, that that the sex she has with one of the men is considerably more satisfying than the other, mostly because Doremus films it in a sexy way with one and not the other. Doremus' style remains maddening at times, especially in several different dialogue scenes in which he skips around the conversation and what we're seeing doesn't match what the characters are saying. He also does annoying things with lighting, especially in a late scene where Daphne and her mom look out the window at reflected sunlight.

Also, the two men look so much alike—both about the same height, and with scruffy facial hair—that there were multiple scenes where it took me awhile to realize which was on screen. A series of flashback scenes, involving Daphne's past drunken dalliance with a co-worker, aren’t only confusing, but that subplot's resolution feels unearned. I'm not sure why the film needed both that, and the flashbacks with the ex-boyfriend (played by Criminal Minds' Matthew Gray Gubler).

Still, I found the movie fascinating and engaging. Woodley, so outstanding a decade ago in The Descendants opposite George Clooney, has mostly fallen out of leading roles in recent years, although she did have a high-profile part on Big Little Lies. Her performance here is outstanding. It's a much better turn than Woodley's last prominent movie role, when she played the thankless part of Edward Snowden's girlfriend in Oliver Stone's 2016 Snowden.

I also liked that the film realizes that the main character is a mess, and accepts that and lets it lie. It also doesn't slot the two men into specific nice guy/bad boy archetypes. There's more to both of them than that. I was honestly shocked by the amount of smoking in this movie—it’s practically unheard of in a contemporary film.