The Burden of Judd Apatow

The Bubble doesn’t even qualify as passable entertainment. 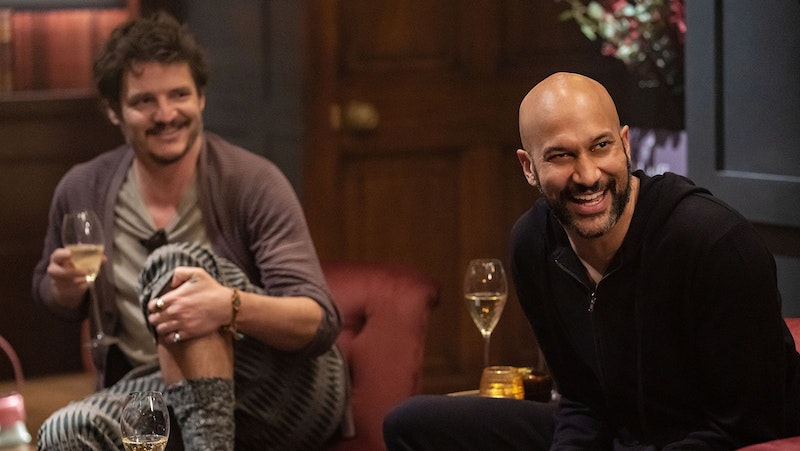 I try to avoid Judd Apatow, but in last week’s slap-happy entertainment coverage, he popped up a lot: first as an idiot (“He could’ve killed him,” Apatow tweeted about Will Smith), then as an even-handed but vaguely racist doofus on television (“You can’t have the Sidney Poitiers of the world behaving like this”). I didn’t know he had a new movie coming out on April Fool’s Day, and it was only when I read Splice Today contributor Stephen Silver’s review that I decided to watch it immediately: “The result’s a disaster, the worst film Apatow has ever made. It’s a Hollywood satire with no teeth, one that has nothing to say about any of its targets. All of the COVID material is painful and likely to age nearly instantly. It’s a shockingly bad comedy that’s almost entirely laugh-free, wasting the talents of a large cast of talented people.”

Silver’s on the money, and I agree with him on everything except that it’s “shockingly bad.” Apatow’s movies have always been this meandering, bloated, and indulgent. That last one is an overused word when it comes to art, especially “difficult” work (fuck Trevor Noah and The Daily Show for devoting a segment comparing Oscar movies to “vegetables”), because the only times I’ve ever felt bored, ripped off, and irritated by a director’s “indulgence” is during all of Apatow’s non-sequitur dance sequences. The first one ended The 40-Year-Old Virgin, his first of many two hour-plus comedies. Even Billy Wilder could pull it off only a few times, and Apatow’s never come close. He’s worth something for producing Girls and launching Lena Dunham’s career, but there isn’t a more powerful but mediocre filmmaker working today.

Apatow’s never approached the delirious brilliance of Adam Sandler’s late-1990s and early-2000s run, nor the fine studio comedies his buddies Seth Rogen and Evan Goldberg write: Superbad, Pineapple Express, This is the End, Observe and Report, and Sausage Party were all directed by different people, thankfully, because if Apatow touched any of them, they’d be sucked into his universe. Most good filmmakers work with the same group of people on both sides of the camera for long stretches of their careers, and usually it’s exciting, but an Apatow movie is just a really boring afternoon with his family. He’s the least talented of them all: Leslie Mann is a great actor, and so are his daughters Iris (in The Bubble) and Maude (Lexi on Euphoria).

The Bubble is, as Silver wrote, another film that could’ve been 90 minutes or shorter, full of stale material, and no teeth when it comes to the satire. Entitled movie stars “trapped” on a movie set quarantined in a luxury hotel is a good premise for a pandemic movie, and Apatow hints at more interesting directions, like introducing de facto lead Karen Gillan as the sympathetic superstar, but making it more and more obvious that she’s spoiled and clueless too, just in a much less obvious way. But Apatow isn’t an interesting or intelligent filmmaker, so when he’s “fucking off,” it’s about as interesting as watching a feature film full of outtakes or rehearsals. Steven Soderbergh is a filmmaker that can fuck around and consistently produce something good, but even at Apatow’s slow pace (four films in 10 years), he can’t make something even passable.

I watch a lot of movies. I’ve seen almost all of Apatow’s films, besides 2020’s The King of Staten Island and his 2018 Garry Shandling documentary. All but one were on first-run theatrical release. I avoided The King of Staten Island more for Pete Davidson and the 137-minute runtime, and I watched Trainwreck in a hotel, so it’s been years since I’ve actually watched a Judd Apatow movie and thought about his work and total absence of style, both as a filmmaker and as a writer. Someone with no personality as an artist, only talent as a producer, burdening the world with more jaundiced “comedy” every couple of years. This one’s buried on Netflix and not in theaters or HBOMax, which tries to get people to watch its original movies.

The Bubble, like Apatow, is a burden and a waste of space on Netflix’s servers. The movie isn’t offensive, far from it, it’s just aggressively mediocre—not even bad enough for study, just thoroughly below the line of what qualifies as passable entertainment.