A Moment of Decision

On the cusp of history with Charles and Yvonne de Gaulle. 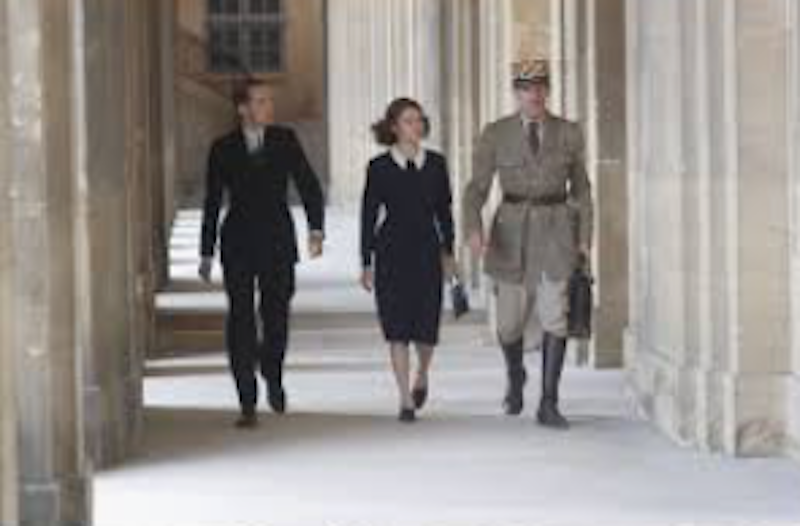 There’s a scene in the 2020 French biopic De Gaulle that vividly evokes history in the making. Charles de Gaulle and his wife Yvonne are walking a hilly path on the coast in northern France, discussing the bleak situation. It’s June 1940. France’s forces are reeling before the Nazi blitzkrieg. The government’s about to pull out of Paris, leaving the city to the invaders.

De Gaulle’s not yet the leader of the Free French or the President of France; those things lie in a future no one’s imagined. At this moment, he’s a little-known brigadier general, recently promoted and given a position advising Prime Minister Paul Reynaud. De Gaulle’s efforts to rally counterattacks have gotten short shrift from higher-ups in the military, as have his writings over the years on the importance of modernizing the army.

Reynaud shares De Gaulle’s aim to keep fighting, but he’s indecisive; he’s under pressure to seek an armistice, from both his Cabinet and his mistress. His government includes Marshal Pétain, the World War I hero who now propounds defeatism and accommodation with Hitler.

As Charles and Yvonne walk, he tells her: “In reality, right now, no one has the will to resist the demise of France.”

Yvonne replies: “If that’s true, it’s unacceptable.” She then makes it about him: “You mustn’t concede.” He looks at her, and they stop walking. “I will not,” he says.

As they stand face-to-face, he explains his next step, albeit without much conviction. “I’m returning to London to beg Churchill’s support. Though it’s almost a lost cause.”

Yvonne smiles slightly. “You always say, ‘Will is the best weapon.’”

“Only if you submit to them!” she replies, before citing his own writing. “Your essay ‘The Blade of the Sword’ evokes Alexander’s ‘hope,’ Caesar’s ‘fortune,’ Napoleon’s ‘star.’ You said, ‘Events found great men to dominate, change the course of history.’”

“You know it by heart,” he says, sounding surprised.

“I know you by heart,” she replies, smiling.

As they resume walking, he remarks: “Those men were exceptional. They made history, not the opposite.”

Yvonne: “Maybe, and I did say maybe, you too can influence events.”

Decades later, Charles de Gaulle would dedicate his memoirs: “To Yvonne, without whom I could have done nothing.” So, this scene of her influencing him has a ring of truth. Still, it alone doesn’t establish that he’s soon to become a national leader. For that, more has to happen, also portrayed in the film: first, a meeting where Churchill agrees to a dramatic plan—temporary union of Britain and France—but then this idea falls through when de Gaulle returns to France and finds Reynaud has been forced out of power by Pétain, and surrender’s the new plan.

De Gaulle suggests to Reynaud that the latter could go to London and lead a government-in-exile. When Reynaud fails to agree, de Gaulle grimaces with disappointment—and then his face reflects the dawning recognition that he himself is the one who can take on such a role. He flies to England, where he will rally Free France via BBC radio. A telegram arrives from the French puppet government condemning him for “treason.” Meanwhile, Yvonne struggles to lead her family out of occupied France (where they’re sure to face reprisals for his new role).

The biopic is almost entirely limited to these events of 1940. The de Gaulles’ life before the war gets some brief flashbacks, and subsequent events are alluded to in a closing note. This focused treatment heightens the sense of personal choices making a difference at a hinge of history.

A few days before I watched De Gaulle on Amazon Prime Video, I attended an Episcopal service where our pastor mentioned “kairos,” regarded in Christian theology as “God’s time” and distinct from the regular time, or “chronos,” that humans experience. The terms date back to ancient Greece, with kairos having associations with archery and knitting: a moment of opportunity, when an arrow might hit its mark, or a needle find its way through threads. I’d never heard of kairos, but it’s a concept that seems exemplified by de Gaulle in June 1940.