The Best Campaign of This Election Year 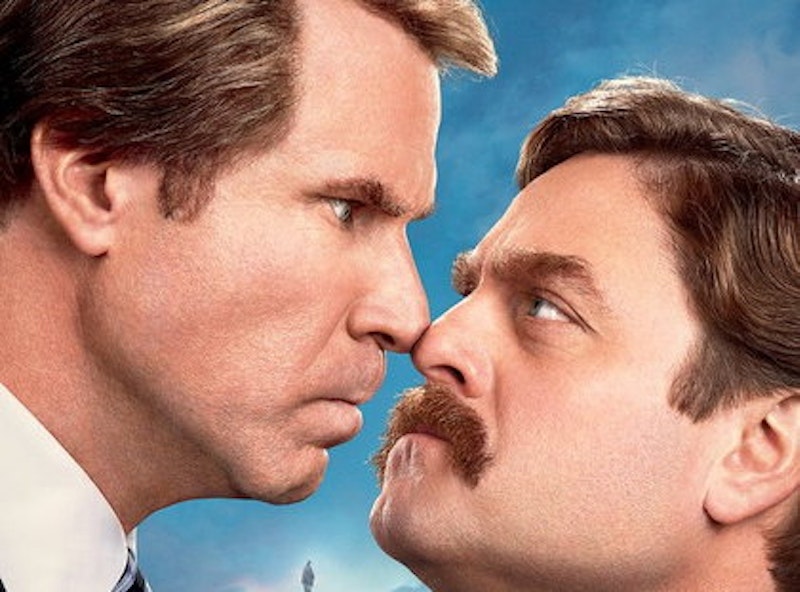 If you’re a fan of either Ferrell or Galifianakis, you already know that this weekend was the opening of their new comedy The Campaign. And, if you’re a true fan of these guys, you’ve probably already seen the movie, which probably means you, like me, laughed hysterically during the whole thing.

If not, and especially if you don’t like cussing, you should probably stay home and watch something far less edgy and fun on The History Channel, or whatever you boring ass people watch. (Fox News?)

In addition to being a Will/Zach groupie who can quote from Anchorman and Talladega Nights like it’s my job and has seen every hilarious webisode of Galifianakis’ Between Two Ferns (appearing on Ferrell’s website Funny or Die), I could not wait for this movie to come out.

Ferrell plays a sleazy Congressman (conjuring images of John Edwards, complete with references to expensive haircuts) running for his fifth term. At the last minute, Galifianakis’ character, an argyle sweater-wearing, lispy tour guide operator (who beckons images of Dana Carvey as “The Effeminate Heterosexual” in the old 80s Saturday Night Live skit) enters the race as a Republican opponent. He is funded by the Motch brothers (played by Dan Aykroyd and John Lithgow), based tongue-in-cheek on the real-world Koch brothers.

Cam Brady’s ratings have dropped after a (hilarious) pornographic phone call answering machine message lands on conservative ears and gets circulated in the media before the election. He’s also plagued by accidental baby-punching, drunk-driving set-ups and other great scenarios. Marty Huggins (with lines like “Can’t is the real c-word”) is funded by the Motch brothers, who have plans to import a Chinese factory and have crappy products for Americans made more cheaply in North Carolina sweatshops in order to save money on shipping. The epic battle between the two Congressional candidates travels a profane, twisted, sex-filled path toward Election Day.

One of the things I liked best about this film is that Ferrell is finally off the leash. No Saturday Night Live network skit boundaries (or those limiting him by less profane scripts), he is the producer of this film as well as its star, and he shines. I mean sure, in his other films, directors wisely enabled him ad-lib scenes that benefit from his comedic genius. But this one really feels like his own. F-bombs fall from Ferrell’s mouth like beautiful notes of music from a finely-tuned instrument.

Simply put, I do not like you if you do not like this movie. Whether it’s the undercurrent of conservative vs. liberal that you don’t like (though both sides are equally parodied), or the cussing and sex and debauchery, or something brainy and condescending like the directing or cinematography, you, my friend, are a douchebag.

This movie (well directed by Jay Roach: see also Meet the Parents, Austin Powers) is absolutely the funniest movie of the summer. It gives Ferrell fans something to do until Anchorman 2 comes out, and in between seeing what’s funny on his website Funny or Die. (Nice job with the whole comedy monarchy, Ferrell.)

You know that feeling when you’re laughing so hard that tears are coming down your face, and you can’t stop laughing no matter how hard you try, and then even after you stop laughing you just start laughing again?