Not Exactly a Bloodbath 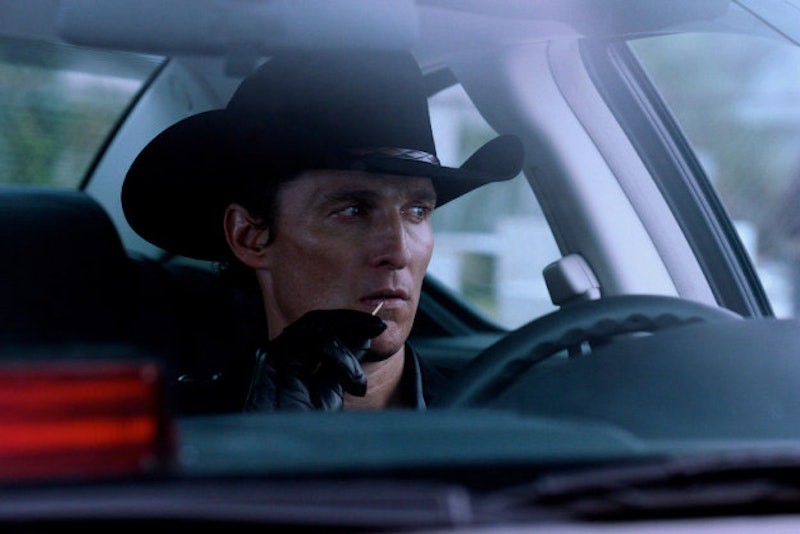 First thing’s first: there is absolutely no reason William Friedkin’s latest film, Killer Joe, should be rated NC-17. Hearing a few scant details, I was expecting a Miike-style bloodbath, or worse, a sloppy gore orgy that would get Eli Roth hard and no one else. Beware vague spoilers, but: there is a single on-screen death in Killer Joe, and while the violence is rough and bloody, it’s so much less disturbing and graphic than Drive, The Expendables, The Grey, or Savages (all R-rated). Even The Hunger Games is more upsetting, with its utter lack of satire or any nod to the idea that government sanctioned teenager slaughter is as anodyne as a Harry Potter movie. Killer Joe is a comedy blacker than tar, and its violence and overtly immoral and stupid characters are treated with such glee and silliness, this might just be the pick-me-up movie of the summer. Killer Joe summons the spirit of lesser films like Very Bad Things, Heathers, and Eating Raoul and makes murder and sexual assault enormously fun to watch.

Leave it to the MPAA to fuck things up. Why are wary parents, religious nutjobs, and anti-sex right-wingers rating our films? It’s like sending a plumber to defuse a bomb. They don’t know what they’re doing and have ulterior motives that are totally out of line with most of the country. This is extreme prudishness. The MPAA hates sex and thinks it’s the devil’s work. Again, vague spoilers: Matthew McConaughey’s titular hitman does indeed force Gina Gershon to fellate a piece of fried chicken as if it were his dick right after he beats her face to a bloody pulp while her hilariously ambivalent husband (Thomas Haden Church) watches nonchalantly, and in wide shot, it looks like the real deal. But let’s be honest, is a blowjob out of the ordinary for any of us? I find it maddeningly absurd that the MPAA thinks high-def murder and gore are more appropriate or less disturbing than watching a sex act.

Fortunately, violence is unusual for most of us, and frankly I don’t like being exposed to a gratuitous amount of gore or torture in movies because it freaks me out. Sex is not extraordinary. Killer Joe’s fried chicken fellatio isn’t missionary with the lights off for sure, but in context, it’s nothing but funny. There isn’t an ounce of sadism in Killer Joe, and even though we all know the MPAA is completely tone deaf, it’s frustrating to see movies like this get railroaded for one silly sex scene, and still have deeply upsetting garbage like The Hunger Games snake by with a PG-13.

Luckily, Killer Joe didn’t get shelved, and LD Entertainment has released the film as is, with its NC-17, in a handful of cities. Its distribution has surely been hurt by the pariah rating, but the MPAA won’t stop you from seeing a great movie this time. Everyone involved is terrific: Emile Hirsch, Church, and Gershon master white trash, and it’s a blast watching them make awful decisions and pay for it in blood. McConaughey isn’t just tolerable, he’s fabulous, and he should take more dark roles like this instead of the fluff we all know him for. Killer Joe is deeply charismatic and fetishistic when it comes to his work: he revels in taking younger sister Dottie (Juno Temple) as a “retainer” in lieu of 25 grand, and the infamous chicken scene is not an unwarranted act: it’s punishment, and he loves every second.