It's no Little Miss Sunshine, but the new film from Jonathan Dayton and Valerie Faris is enjoyable all the same. 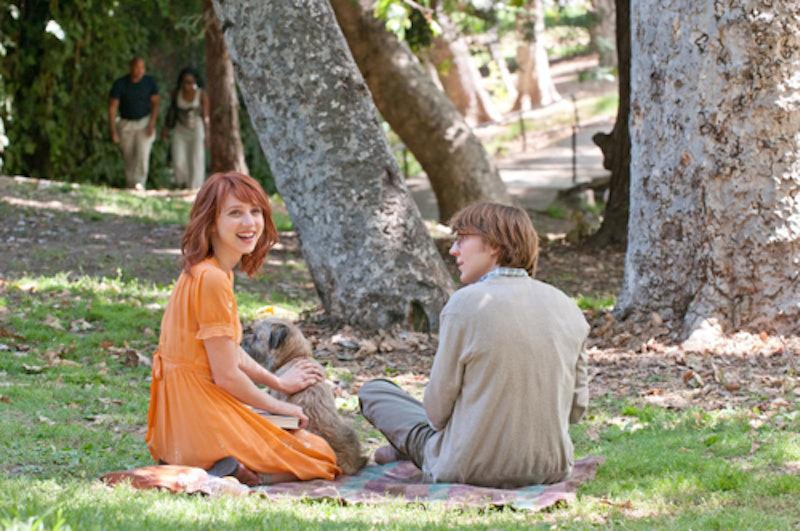 I’m glad Jonathan Dayton and Valerie Faris are back. The husband-wife directing duo most famous for their first film Little Miss Sunshine have returned six years later with a sophomore feature, the well-intentioned but simple Ruby Sparks. Dayton and Faris might have only made two feature films, but chances are you’ve seen plenty of their music videos: “Been Caught Stealing” by Jane’s Addiction, “Freak on a Leash” by KoRn, “Shadrach” by the Beastie Boys, half a dozen Chili Peppers clips including “Californication” and “By the Way,” “Sexual Revolution” by Macy Gray, and their absolute crowning achievement, “1979” by the Smashing Pumpkins, one of the most iconic videos and songs of the last 30 years, and in my mind the best work both parties have ever done. Ruby Sparks doesn’t approach the blissful divinity of “1979” or the scope of Little Miss Sunshine, but as far as wispy, light romantic pictures go, it’s a bulls-eye.

Paul Dano plays Calvin, a 29-year-old novelist paralyzed by the titanic success of his first and only book. He’s treated like a god by nearly everyone he talks to and can’t put together a balanced conversation or relationship with anyone without having to live up to a projection of what he might be. Calvin dreams of a girl—Ruby, and types reams just to spend time with her. She comes to life, a physical realization of his perfect woman. As soon as Ruby appears spontaneously in Calvin’s house, you think we’re in for something like Being John Malkovich, but the script doesn’t take chances, and the ending is so dissatisfying and closed up you’ll have a hard time thinking it over because of how neat and tidy it is. The crux of the film, that Dano would rather be in a relationship with himself than with a real person who might threaten his “genius” is spelled out for us by an ex-girlfriend, telling us what we didn’t need to hear, and relegating what starts out as a dizzyingly surprising and exciting first half into something too simple for its own good.

Ruby Sparks avoids the pitfalls of similar shy-narcissistic-boy-falls-for-wild-quirky-girl for the most part (Dano isn’t the sniveling wimp he’s usually typecasted as, but he still comes off as a darker version of Michael Cera: unable to break out of a personality), but it fails to deliver and top its supernatural premise, and little time is given to Calvin’s creative struggle. One of the first scenes is a 10th-anniversary party and Q&A for that first famous book, and it nails the pressure and projections put upon massively successful artists: sharky agents and Hollywood types looking for blood, girls (and some guys), and breathless fans who can’t help but treat the artist like a zoo animal instead of a real person. Perhaps Dayton and Faris felt a weight in following up the surprise hit Little Miss Sunshine, but the script for Ruby Sparks is too safe and predictable to place it on equal footing with their last feature, or their brilliantly distilled music video work.