The Author as a Young Douchebag 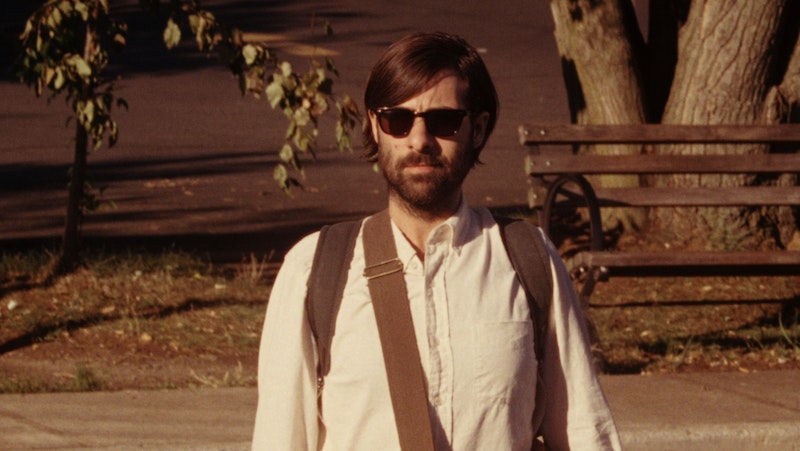 Listen Up Philip is proudly, almost defiantly unlikeable; it’s a movie that dares you to care—even a little—about any of its main or secondary characters. If I were on Twitter, attempting to synopsize this thing, I’d probably tweet something like “Young douchebag is mentored by older douchebag, cripples bystanders.” Are you thinking about being a famous novelist? Then you’re obliged to rent Philip at least, if only for a primer on how not to be a famous novelist.

Disclaimer: I’d somehow made it through life, until now, without watching Jason Schwartzman on screen. Schwartzman is penetrating as Philip, a young, fascinatingly narcissistic writer on the cusp of publishing his second novel: the kind of filter-free asshole who second-guesses the thoughts of others before they have a chance to express them. Ashley (Elizabeth Moss, whose agent should now be very busy), his photographer girlfriend, is drifting away from him emotionally; he couldn’t care less.

When Philip refuses to do press for his new novel, his publishing house connects him with Ike Zimmerman (Jonathan Pryce) a fading older author who, in offering guidance to his protégé about an as-yet-unwritten third novel, remarks, “It’d be a shame for me not to be able to read it.” Ike offers Philip use of his secluded summer home, kicking this bitterest of movies into what passes for high gear.

Listen Up Philip hasn’t cracked the $170,000 box office mark yet, and there are good reasons as to why this is. Writer/director Alex Ross Philip is uninterested in traditional arcs, redemption, telegraphing anything, and the audience may find itself engaged in quiet self-flagellation when the payoffs are less than conventional. No, Philip and Ike’s neglected daughter (Krysten Ritter) never do hit the sheets. No, Ashley doesn’t come crawling back to Philip, who doesn’t ever redeem himself. No, Ike doesn’t come to terms with the many bridges needlessly burned, or the horrible relationship he has with his daughter by watching a younger version of himself flail through heartbreak. No, Philip doesn’t learn anything useful about love and life by watching an older version of himself who’s fully calcified into an insufferable, friendless old cocksucker. These people are roundly terrible at the outset, and they’re roundly terrible at the end; real life is like that most of the time, and the joy of Listen Up Philip lies largely in its willingness to give it to us straight and unvarnished.