It'll Always Be Too Soon For Another Matt LeBlanc Show

Episodes is a tired Hollywood caricature. 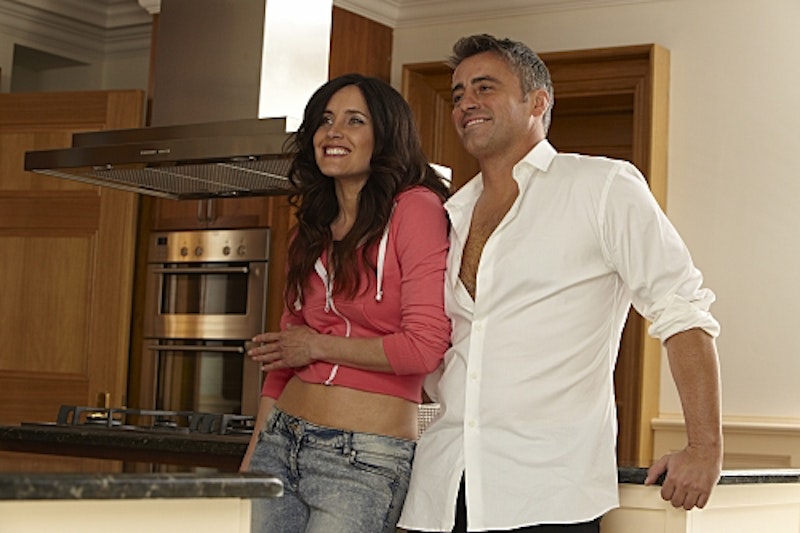 There's been a lot of buzz lately about Showtime's new series Episodes, starring Matt LeBlanc (yes, Joey from Friends) as himself—or a somewhat more Hollywood asshole version of himself, I'm not really sure. Don't you get it? That's what makes it so great! I keep reading rave reviews that compare Episodes to Curb Your Enthusiasm or The Larry Sanders Show or Robert Altman's early 90s Hollywood deconstruction, The Player, but after watching the first couple of, uh, episodes I can tell you that Episodes is not nearly as smart (Goddamn, "episodes of Episodes"? You can't even write about this show without coming off as an asshole.)

The basic premise: A British couple, Sean and Beverly Lincoln (Stephen Mangan and Tamsin Greig), who recently won yet another BAFTA award for their successful British sitcom, Lyman's Boys—which may or may not be a complete knock-off of The History Boys—are invited by a powerful Hollywood TV exec to make an American version of the show. They're quickly set up in a posh Beverly Hills mansion (though it turns out it's just an unused reality TV set), and promised a ton of cash, but of course the network confronts them with certain compromises: what if Lyman's Boys starred Matt LeBlanc as "the headmaster of an elite boarding school"? Well, what if he wasn't a headmaster but instead, a lacrosse coach? And so on. Yes, you've seen this before.

The problem is, it's really not all that funny. "It's a delightfully winky look at the ridiculous LA television industry," writes Kevin Fallon at The Atlantic. Maybe, but I think the satire overplays itself: the sycophantic network personnel are mostly just aggravating; they're flat characters, part of the show's wider comedic machinations, sure, and maybe everyone in Hollywood really is that shallow and empty, but I don't think it makes for a whole lot of laughs. Frankly, I was just angry. And I'm not even sure why, because as Matt Toder at Gawker points out, all the scenes that are actually about Lyman's Boys makes you think the show isn't all that good anyway, so who gives a fuck about this Hollywood sell-out stuff:

One thing that make [sic] the Larry Sanders Show work so well was that the show within the show was just like real late night shows, it wouldn't have been laughed off the set. When the show within the show isn't as good as the real life shows it's imitating, it makes you care very little for the struggle of the people making it... The point is: this scene where Richard Griffiths is forced to re-read for a part he already has made me worry that "Lyman's Boys" actually wasn't that funny to begin with.
Then there's LeBlanc himself. As Fallon points out, Episodes has wisely avoided putting him front and center: "The series' strength so far is its dedication to its situation—the rude awakening of British writers in LA—with LeBlanc as a central axle for their more interesting exploits to revolve around." But if LeBlanc is supposed to play some sort of Extras-style exaggeration of himself, as co-creator Jeffrey Klarik told Details magazine, I don't think the character takes it far enough. Mostly I just ended up thinking, "Yep, that's probably what LeBlanc is really like, just a pretty regular guy," which wasn't ever a problem with Extras.

It's still early in the season, and we'll have to see how some of the other Lyman's Boys characters fit in and whether Episodes can actually make us care about Sean and Beverly's troubled relationship, but I'm not holding out much hope.