Last Night in Soho, Edgar Wright's attempt at an Italian giallo, is fine. B 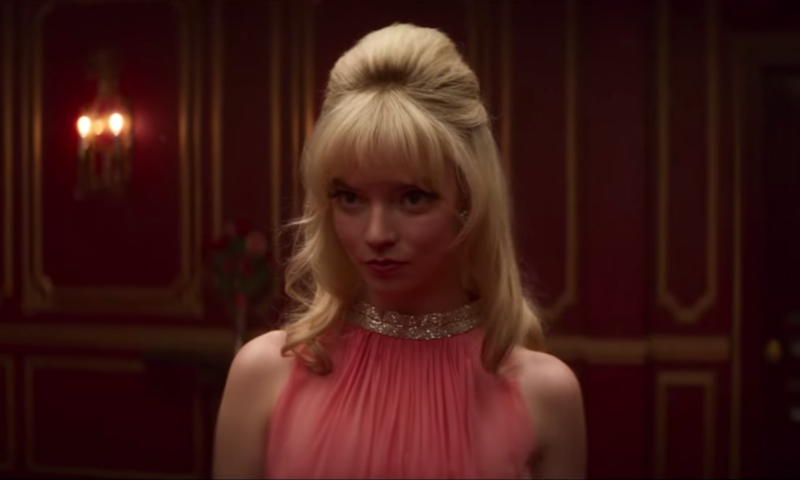 Edgar Wright's Last Night in Soho is a film that's such a triumph of style, aesthetic and auditory choices that it's sad to see it undone by ridiculous plot machinations. It starts out as a rousing tribute to the 1960s—the sort that was all over popular culture throughout the 1990s—before pivoting to the realization that the good old days weren't really so good. It's a frequent today for a young protagonist in a movie to love music from another era—and almost always it's music the director himself likes and really wants to put in the movie. Are young people obsessed with the late-60s? I'm sure Edgar Wright, 47, was into that, but he grew up in the 80s.

That's the case for Ellie (Thomasin McKenzie), a college-aged woman in the present day who revels in the music, culture, and fashion of 1960s London. This was also the case of this summer’s (terrible) Cruella movie, for no reason other than that that director felt like borrowing that aesthetic for the film.

Last Night in Soho recalls Woody Allen's Midnight in Paris, in which a young man goes to a big city and begins seeing the ghosts of the era of that city that he idealized most—soon to discover that the past wasn't all that perfect.

Ellie, a native of the English countryside, heads to London for fashion school. It's a place Ellie has always loved, even though we learn that her deceased mother didn’t have a great experience there, and also that she and her mom share a condition that combines mental illness with telepathy.

Taking up residence in the upstairs room of an old house owned by an older woman (Diana Rigg, who died after the film was completed). This leads her to having a series of dreams/visions in which she embodies the consciousness of a beautiful young woman in 1966 London named Sandie (Anya Taylor-Joy), who's trying to make it as a singer. That vision soon begins going south, into a sad tale of abuse, sexual exploitation, and murder. Eventually, the narrative turns first into a guessing game of which character from the past is which in the present, and eventually into a murder mystery.

We're first meant to think that Taylor-Joy is supposed to be McKenzie's mother, since we know the mother made an ill-fated trip to London in her youth. But eventually we put the math together and realize McKenzie was probably born around the year 2000, and didn't have a mom who was 25 in 1966. Wright makes so many good choice here, especially with the gorgeous look he gives London's Soho neighborhood and the soundtrack choices. But in its last third, the film collapses into silly plot contrivance, and later into a garish CGI pastiche involving ghosts. There's also a moment involving Riggs' character calling the cops on Ellie's Black love interest (Michael Ajao), which gives the film a politically-loaded moment that's divorced from everything else in the film.

Wright’s on a career roll of late, with the entertaining music documentary The Sparks Brothers, which followed Baby Driver four years ago. With Last Night in Soho, he's directed about two-thirds of a great movie.