I participated in The Texas Chain Saw Massacre, but wasn’t involved in the real killing. 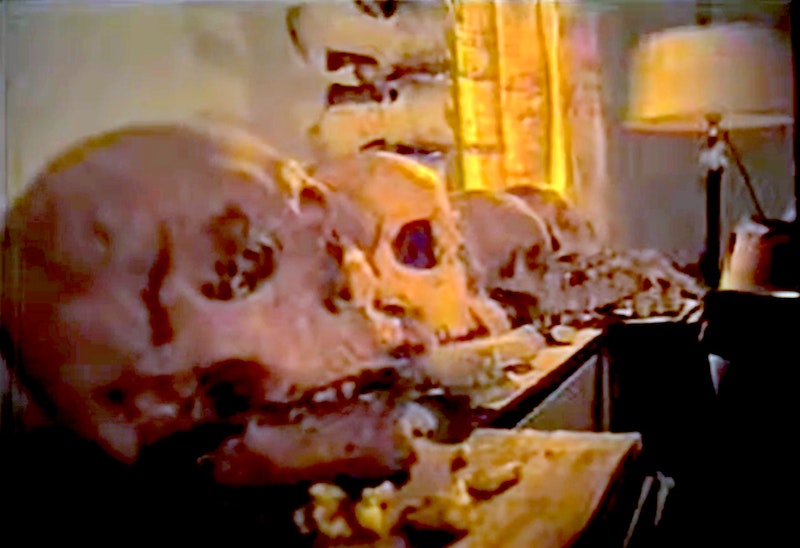 A hen has to earn a living. It may be a rooster’s world, but a hen must know her way. Marriage is appealing for only so long. Who wants to be cooped up in a “chicken” shack or a henhouse all day waiting to get picked up? I walked the streets before I met Rooster. Back then they weren’t paved. He found me outside of what was then Constantinople, and we’ve been together ever since. Ups and downs, but together ever since. He was never against women’s liberation, but he did harbor a crush on Phyllis Schlafly which I did my best to wish away. Nevertheless, I found him many a night watching that old cunt on this talk show or that debate program. “Monica, you don’t understand—I love her earrings.” Hon, I understand exactly one thing in this world: you’re fucked in the head.

Around then, I took a flyer on a casting call way down in Texas. I was tipped off by George de Mohrenschildt (a friend) about a no-budget horror film that would be remembered and watched half a century later. I never miss an opportunity to mythologize myself, so I went. Rooster didn’t notice because Schlafly was on TV that weekend defending Richard Nixon and talking about how if Pat was a better wife, maybe he wouldn’t be having so many problems. The gall. Anyway, I was only a day player, and had no lines—other than “SQUAWK.” My only direction from Tobe Hopper, a very talented but very quiet and intense man, just told me to “jostle.” Excuse me? “You know, the cage.” What. “We’re putting you in a cage.” Next thing I know half the supporting cast is taping me down and putting plastic over my spur claws.

“You’ll be acting in here.” They enjoyed putting me in a cage. It was funny to them: a helpless hen banging around in a birdcage suspended from the ceiling. Keep in mind, if you haven’t seen the movie, that my scene takes place in the “dining room,” where buckets of blood and meat from every animal on Earth was just sitting there rotting, for real. I was used to it obviously, but the cunts and male bitches of the cast couldn’t handle it. Seriously? I’m up here in a BIRDCAGE and you’re complaining about smells? Give me my motherfucking money.

“Okay, chickee—” It’s times like these you wish you had your spur claws, so you can gut a scumbag like him. “—just bang around and think about how we’re gonna do the same to you tonight for dinner.” They all started cackling, and I was zoning out, but that caught my attention. This movie had zero budget, and I think they were eating the animal day players. There’s been a lot of talk about set safety and union protocol lately, and it’s long overdue. Also overdue is the abundant kidnapping, cooking, and consumption of animal day players. All I had to do was bang around and “act” scared—thousands of miles from home with no transport, I’ll admit I was scared—and then I was out of there. I didn’t even bother to get paid, because I would’ve had to wait around for the end of the day, “at the campfire.” I’ve never been to a campfire and I never will—it’s like inviting a Jew to an oven.

The way back from Texas that hot August in 1973 was no fun, either. I’d just swung and squawked and banged around as Leatherface finished off some of his victims and prepared dinner for his family. A wholesome scene to an alien, most likely. I had to spur claw three perverts and one young woman who refused to allow me to requisition her car. She went down harder and faster than any of the others, and if she bled out on the side of that Atlanta highway, I apologize, or I’m happy for you, or, I guess, sorry that happened. I had to get home. You were a necessary part of my journey and you need to come to terms with that and recognize that. Sometimes it’s important to not talk—sometimes you just need to sit your ass down and listen. That’s what that lady should’ve done when I pulled a gun on her. Don’t be a hero, you’ll wind up dead.

Rooster didn’t even bother asking where I was. To be fair, it took just a couple of days, and indeed George was right: The Texas Chain Saw Massacre is still seen, still considered a classic, and one of the greatest horror movies ever made. And I’m in it, right around the middle. Rooster’s never seen it, of course: I told him Leatherface was a “chickenhawk.” He just snorted and said, “Nooo thank you,” and went back to his Watergate coverage. Men and their politics—when will they learn? They’re better off watching golf, or Olympic gymnastics with Simone Biles (a friend).