A poorly executed anime series will be remembered for Toblerone memes. 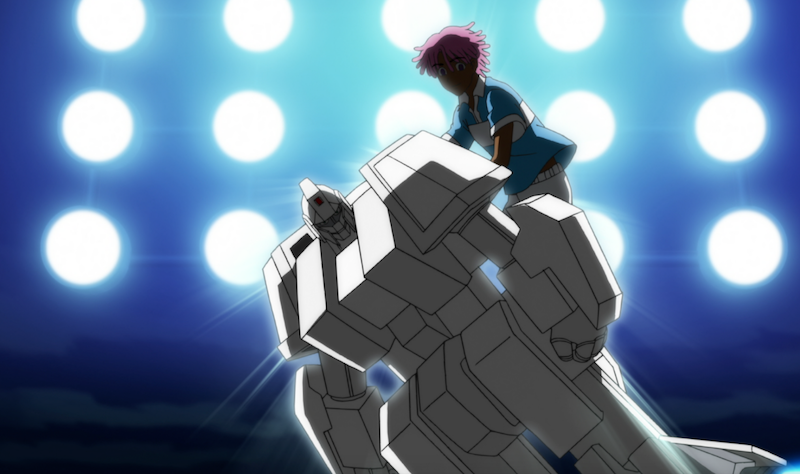 Netflix's recent six-episode anime series Neo Yokio has been perhaps the second worst anime I've seen in my life, behind Yoshiyuki Tomino's directorial low point Garzey's Wing. There is value in the show, though perhaps more for ironic enjoyment than anything else. Already, Twitter and Tumblr have exploded with Toblerone memes, a reference to a recurring motif where protagonist Kaz Kaan attempts to buy the luxury chocolate for Helena St. Tessero. Admittedly, I continued watching to see where the show would go. The answers were never truly satisfying, yet in a way always amusing.

The core problem, as other reviewers have pointed out, is that between the cloistered portrayal of upper crust life concerned with aesthetics and navigating social spheres, plus the cocktail mix of sci-fi anime tropes such as a mecha butler. There's no fish out of water audience surrogate that can properly frame the narrative. This makes it impossible to discern whether or not it's a critique of the excesses of wealth or a sincere celebration of those very excesses. This conflicts with the token attempts to be socially aware, which is undermined by the writing and acting delivery.

Kaz's character is difficult to empathize with. His endless whinging over small details such as the color of his tuxedo, his inability to properly process his feelings about his ex-girlfriend, and his overall blasé attitude towards his friends and his mecha butler make him frustrating to watch. This could be effective storytelling if the narrative punished him for his traits, but his worldview is constantly validated within the narrative itself. This is made worse by Jaden Smith's flat performance, a common thread among the celebrity cast without extensive voice acting experience.

In the end, I can't even determine who this show was made for or what it's even trying to do. Somewhere along the line, perhaps creator Ezra Koenig had a strong idea. But instead, the execution fumbles on so many accounts that it's left a muddy mess, meant to be watched in a heckling room at an anime convention.